The most dangerous country in the world

By Talkee (self media writer) | 2 years ago 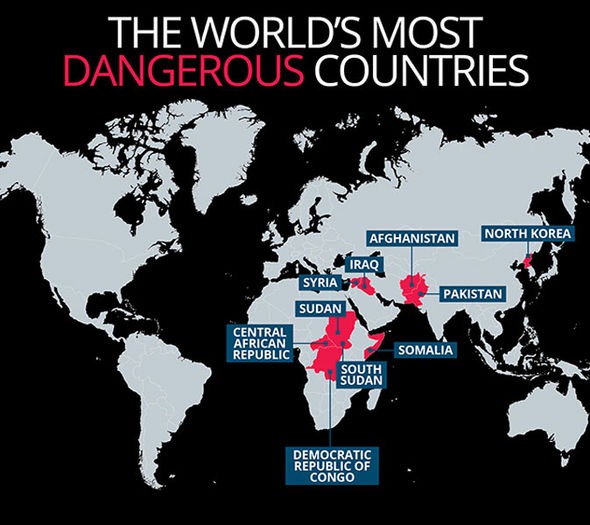 Somalia,south Sudan and central African republic are considered the most dangerous countries in Africa .according to the global peace index in 2020.The ranks based on current economical,political,governmental situation and crime. Somalia :this is a dangerous country because Somalis are often exposed to dangerous risks due to the outbreak of diseases such as cholera, diarrhea and measles which spread easily in congested living conditions and because there is a lack of clean water and sanitation,its easier to get this diseases. Somalia's minister of tourism in the year 2004 claimed that the country haven't had any officially acknowledged tourist in 14 years because of the fighting among warlords seeking to gain control of drugs and weapons trafficking which lead to a civil war. Visitors are always advised to at least hire 10 guards to get them from the airport to their hotel and also the united states are not even operating in somalia because there are a lot of terrorist attack.

South sudan: south Sudan has always been known for their violent crimes, kidnapping and armed conflicts,carjackings,shootings,ambushes assault and robberies On February 22,2020.south Sudan rivals salva kiir and riek machar came together and formed a coalition government. 400,00 lives were lost South Sudan is expansive, largely rural, yet widely depopulated. Almost 83 percent of the population resides in rural areas. Poverty is endemic with at least 80 percent of the population defined as income-poor and living on n equivalent of less than US$1 per day.