By Odonganga (self media writer) | 1 year ago 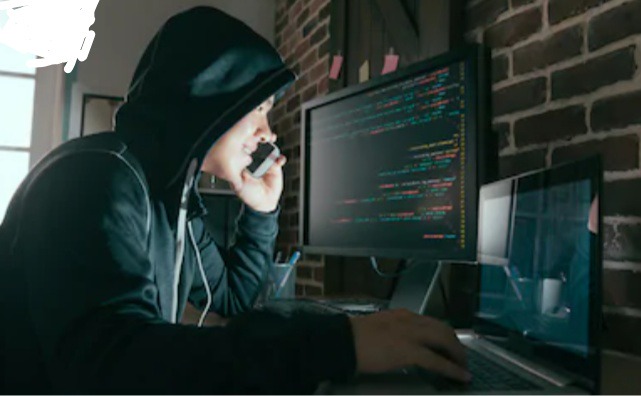 Just as though the global Coronavirus pandemic the whole world is battling with is not enough, just this morning we are confronted again with yet another trouble.

About the early hours of today a record breaking online heist was carried on Twitter.

Thehackernews.com called it the Biggest Twitter hack of all time 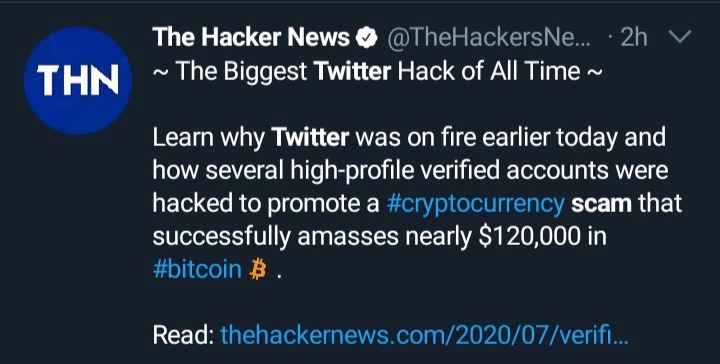 Many verified Twitter accounts owned by world billionaires, renowned people and celebrities were hacked and taken over by heartless bitcoin scammers who used those accounts to swindle innocent, unsuspecting people of their hard earned money with the promise of doubling whatever amount they send to them.

These hackers are reported to have taken over all those verified accounts at about the same time and they posted similar tweets in all of them.

The hackers took over the twitter accounts of the likes of Bill gates, Elon Musk, Barack Obama, Kanye West among others, mind you the twitter accounts they targeted had millions of followers, which was exactly what they wanted. Then they used those accounts to post similar tweets saying things in the lines of "I want to give back to the community. I will double all payments sent to my BTC address for the next 30 minutes. You send $1,000, I will send back $2,000."

Here are some screenshots of their tweets 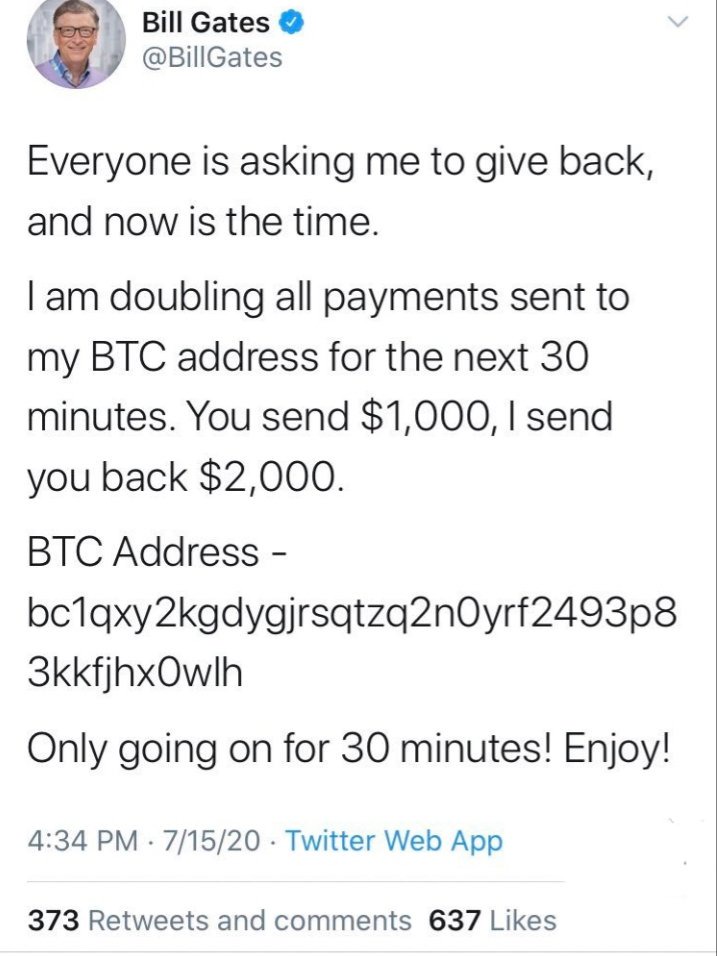 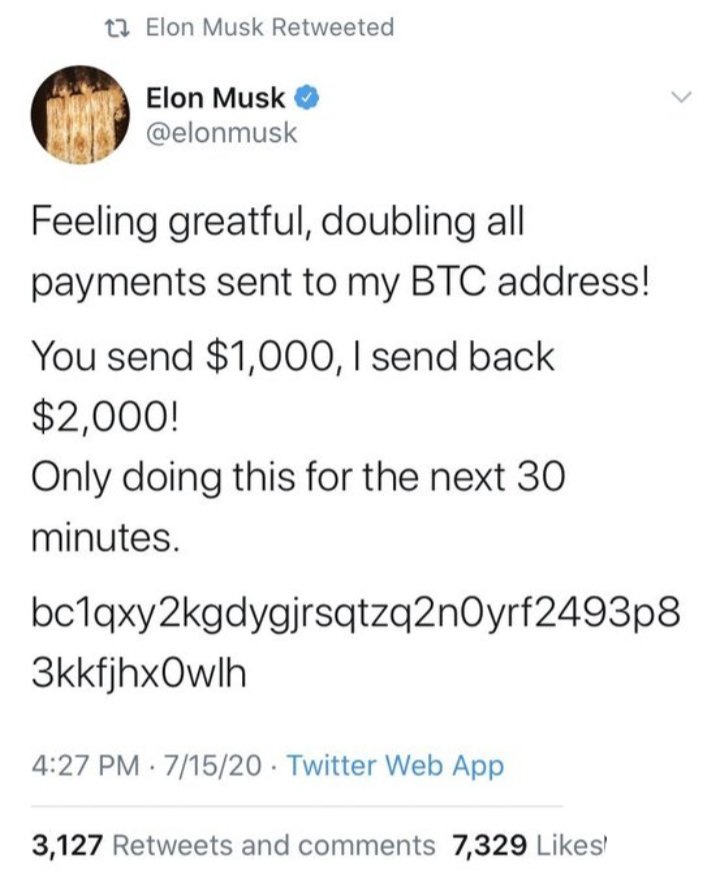 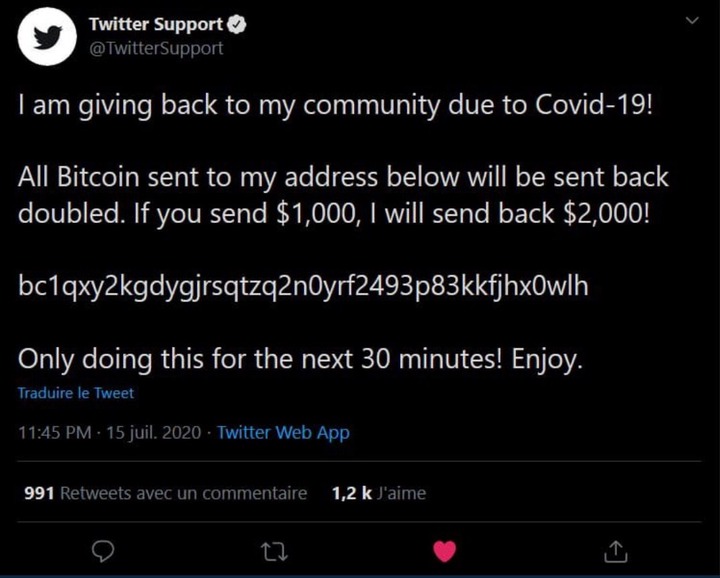 These scammers pretended to be showing philanthropic gestures then in that disguise they were able to swindle huge amounts of money from unsuspecting people. Though the exact amount they stole is still not certain but different sources are alleging different amounts. Some twitter users purport over 7 million dollars, But 300K (three hundred thousand) dollars is closer to the truth.

Just ten minutes after they hacked those accounts and dropped the tweets about 271 people sent them bitcoins worth over 100k dollars in just 10 minutes! 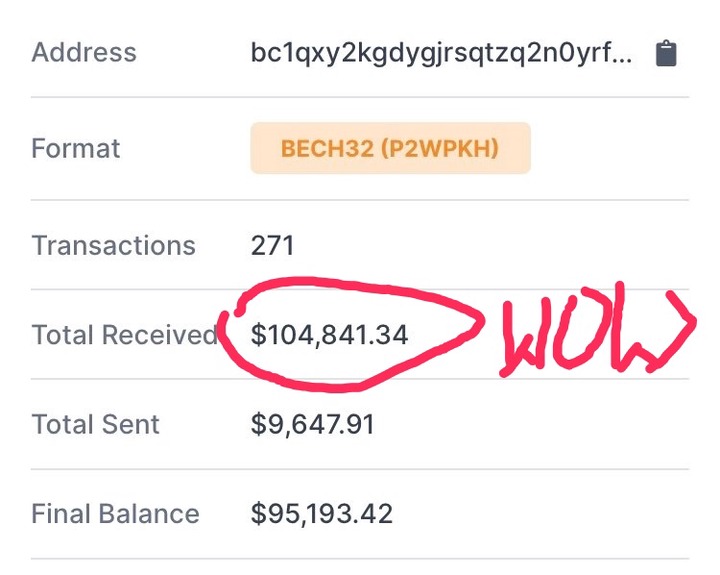 Some good Samaritans who noticed the hacking and fraudulent tweets in the initial stage tried to warn people about it, but unfortunately they were not able to reach a large number of people. Twitter was able to recover back their support handle within a couple of minutes and with it they started sending out updates on how they are tackling and handling the problem. 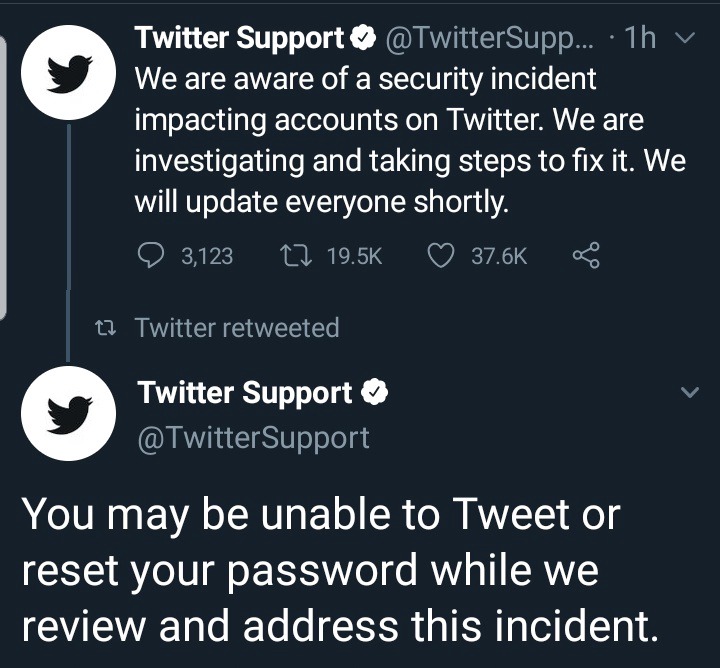 Many people started sharing their views and opinions on the matter. Many were angry and disheartened that people could fall for such tricks in this present age, others weren't hesitant to call people who fell for the scam greedy. 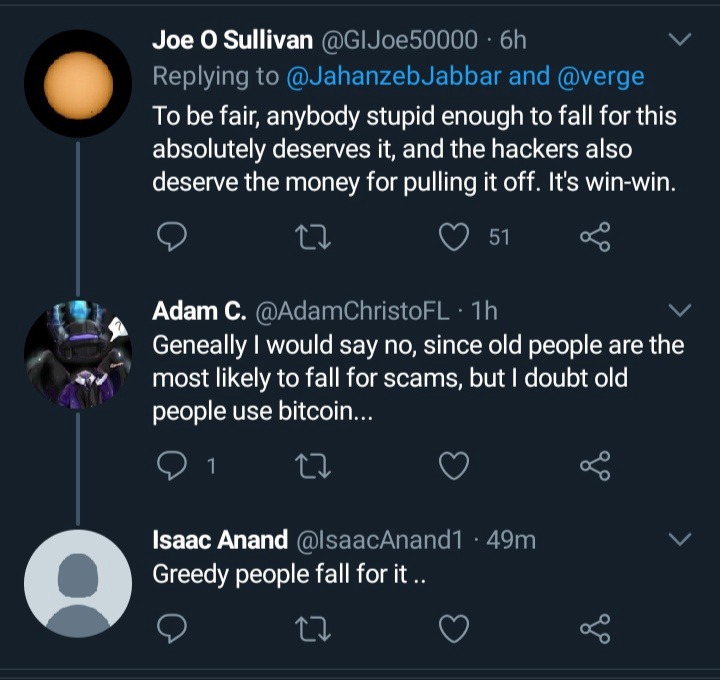 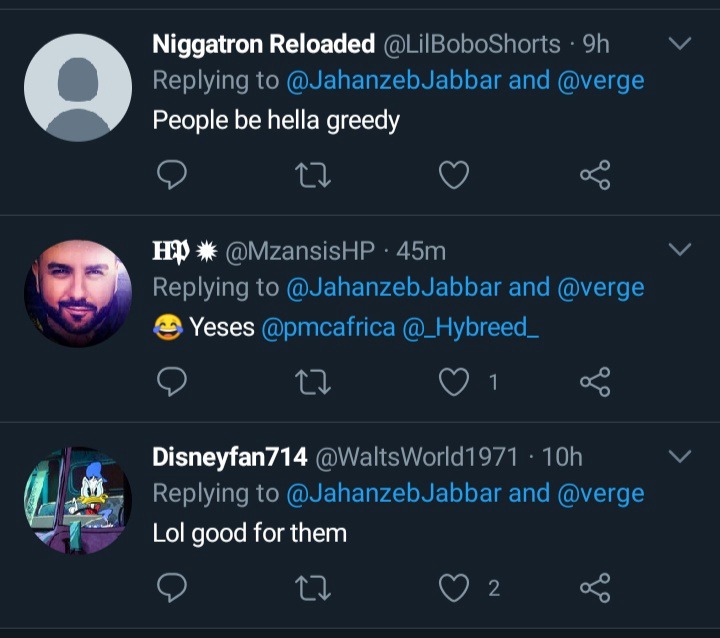 Some weirdos and horror freaks were disgusted that the hackers only pulled a bitcoin scam, insisting that they should have sparked up a major economic or geopolitical war or caused a major cyber world war. 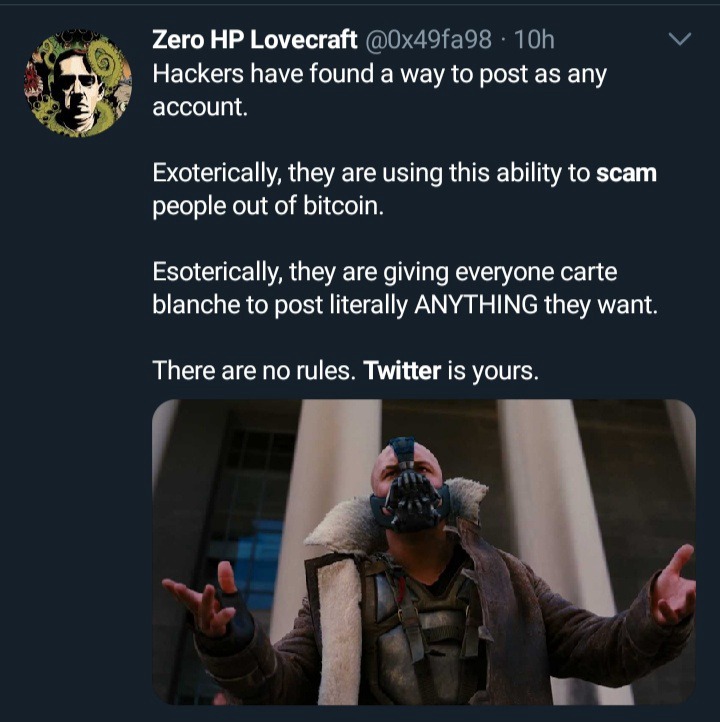 Other people made fun of Twitter and how their security is very weak. About two people just discovered they were duped. 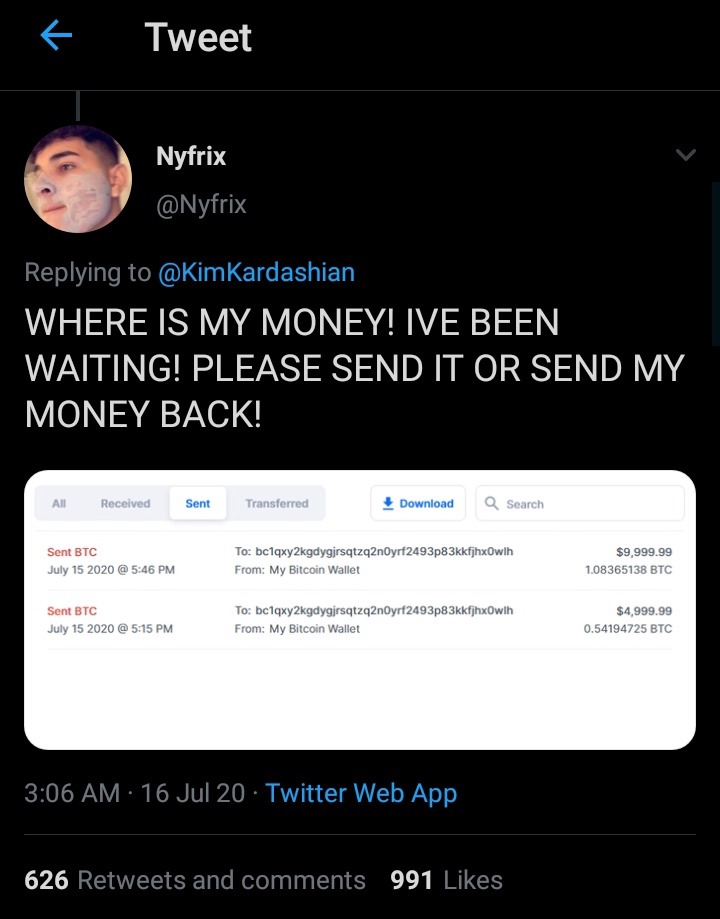 While some Nigerians started making fun of the situation on how Hushpupi will be crying right now for losing out on this online scam. 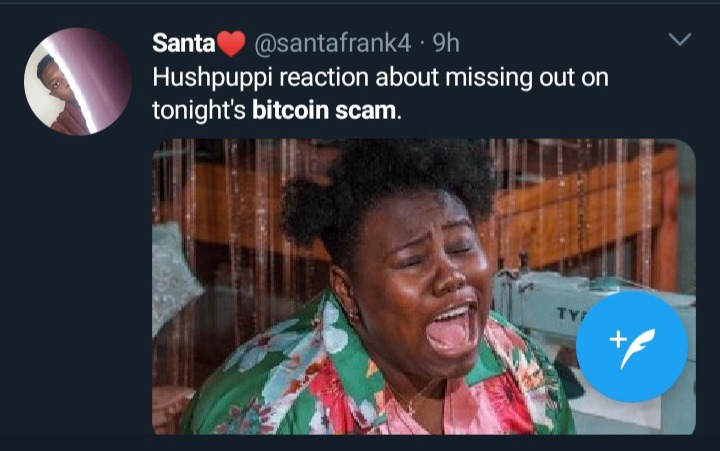 What do you think? Share your opinions on the comment section, do you think people who fell for this cheap scam are greedy?

Content created and supplied by: Odonganga (via Opera News )