By Gistlord (self meida writer) | 6 months

Due to the # Endsars movement, which seeks to reform the police divisions of Nigeria and end the violence of police forces against people, the community has been violently upset, and the civilians and the military officers have died to date.

The peaceful beginning of the protest was unexpectedly violent following Lekki 's massive shooting of the peaceful demonstrators by the Nigerian army's military. The shooting destroyed the original purpose of the demonstration and the world experienced a clash between the civilians and the military, causing many people to die. 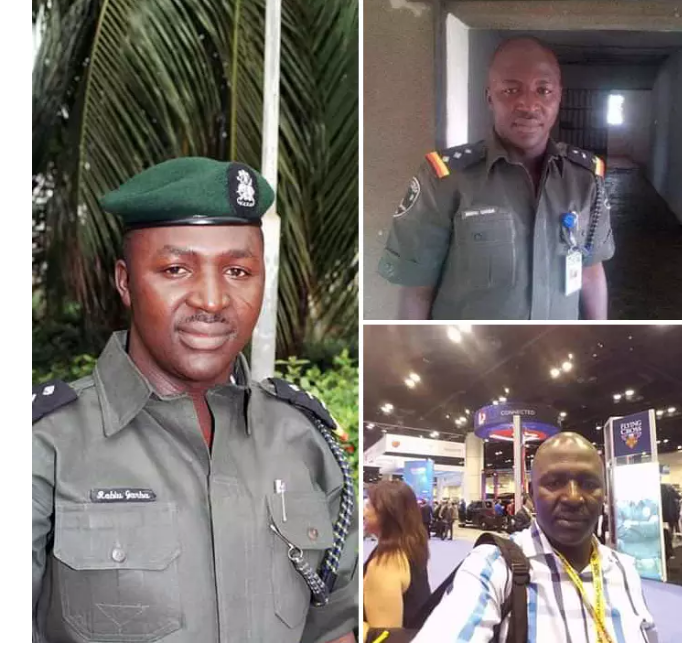 This has led the rage of young people who have burned police stations and even killed soldiers, who have also been assassinated by military men.

Yet a specific police officer only by being real and just escaping the horrific jaws of death.

On Facebook a man posted a touching story about CPS Rabiu Garba, the DPO in the north of Fegga Police Station. When angry young men who were searching for a police station to torch arrived at his restaurant, other police officers ran away.

The angry youth said that they saw him instantly, according to the incident. They began showering lobbies and worship for being an outstanding police officer instead of criticizing him. 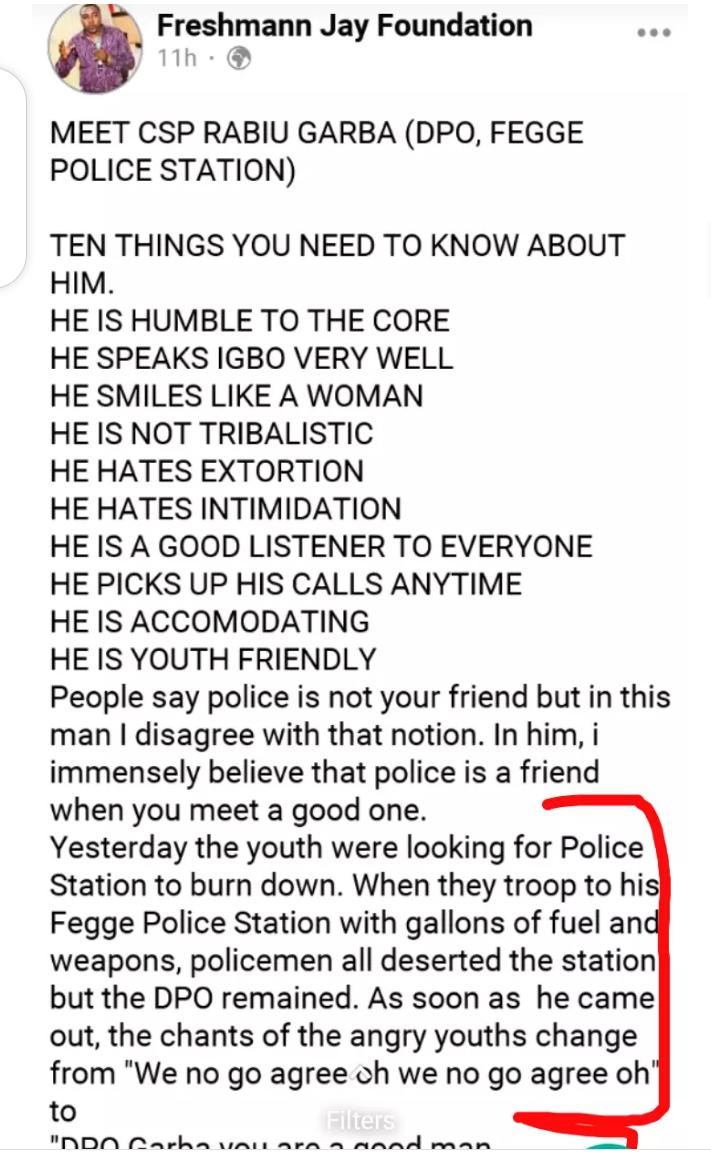 This valiant DPO should serve as a role model for any out there cruel and misbehaved policeman and what occurred between him and the youth demonstrates that military personnel and civilians can live in harmony. 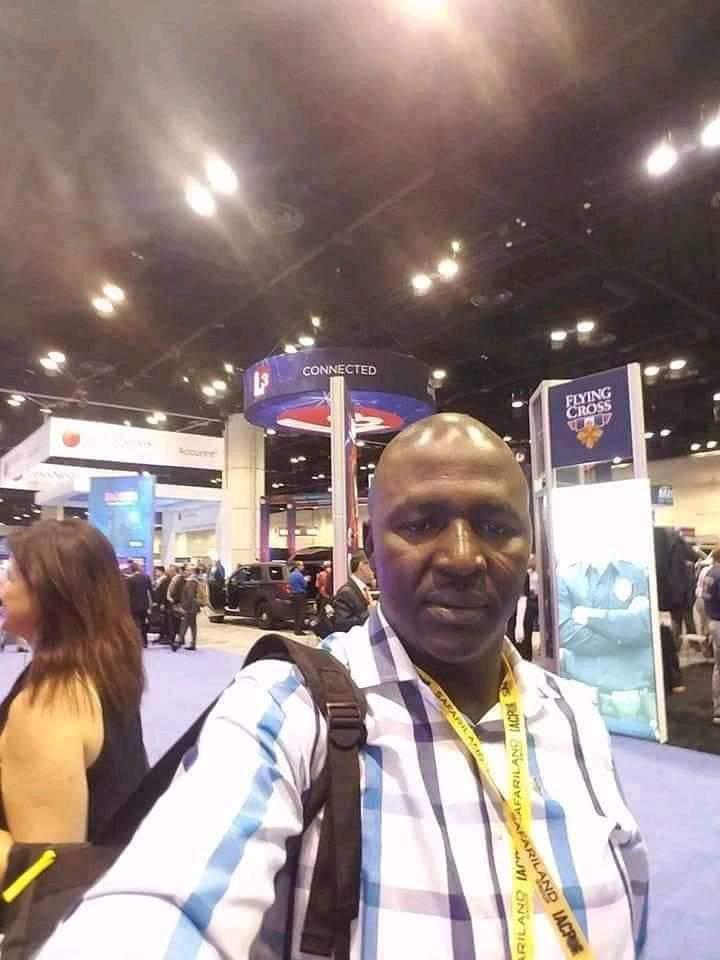 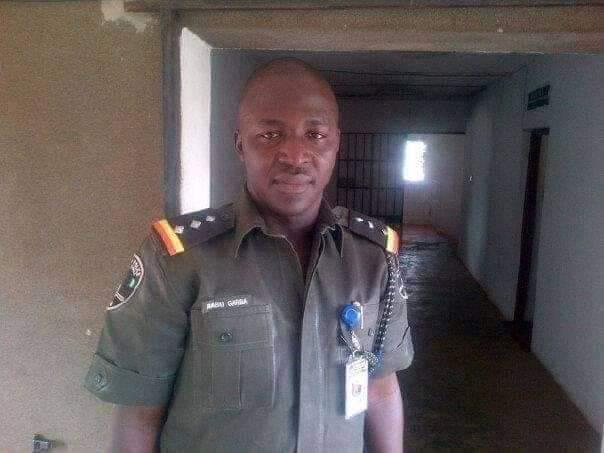 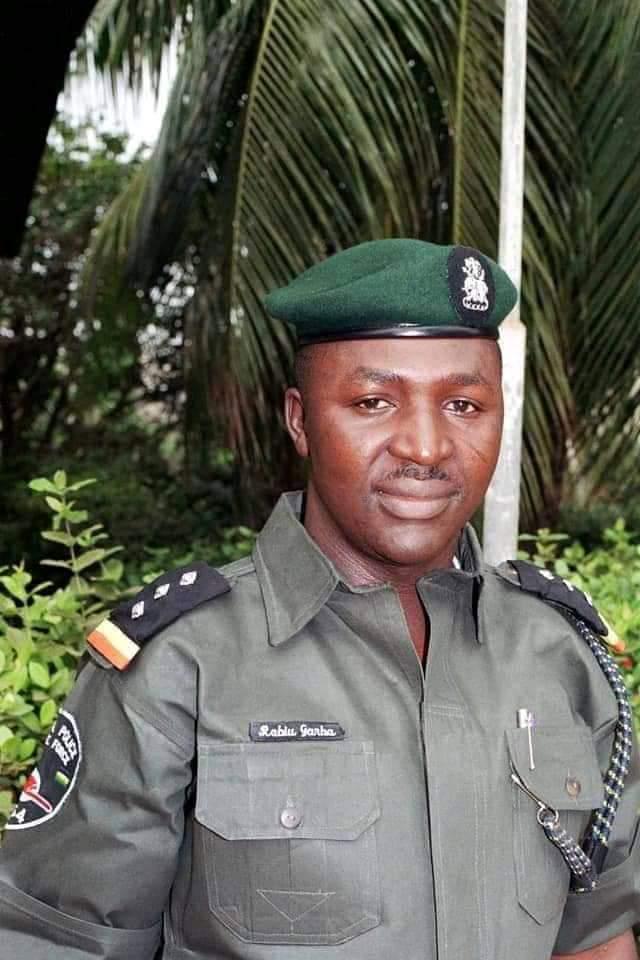 Below are how some Nigerians Reacted to this touching story : 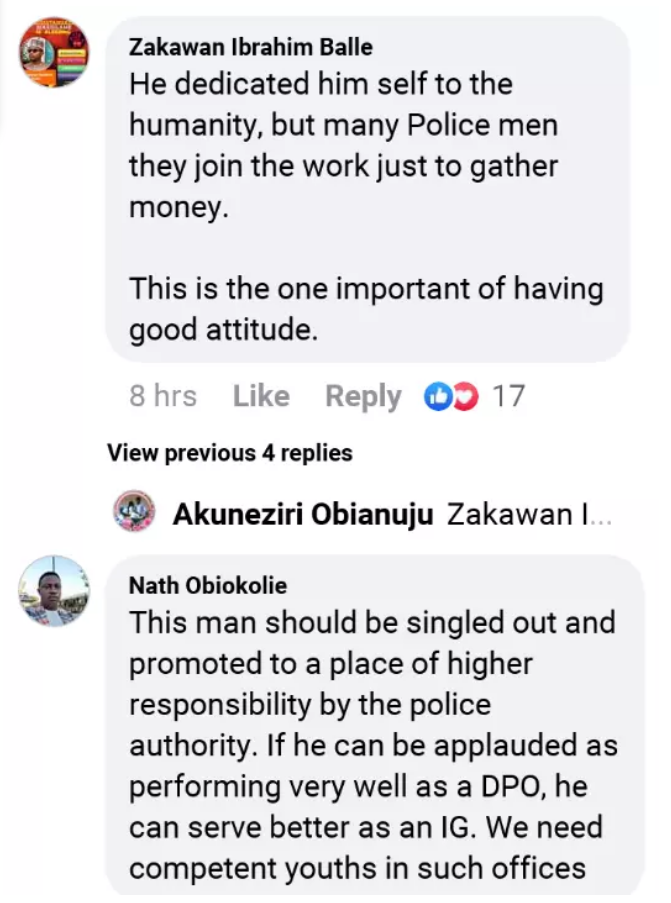 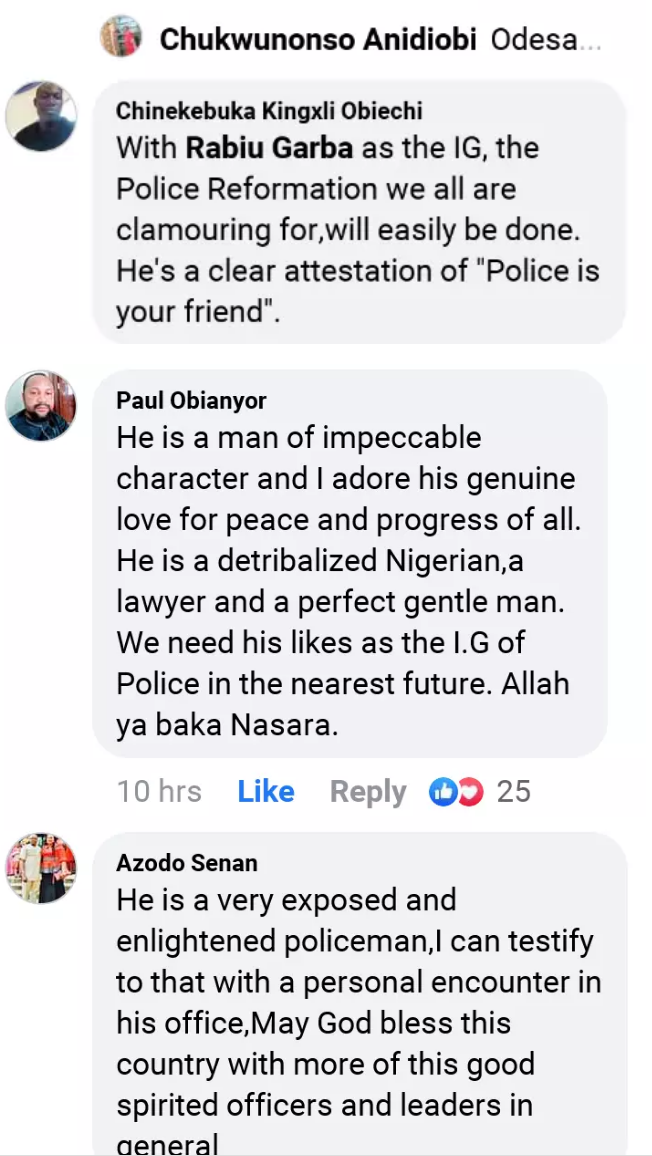 Content created and supplied by: Gistlord (via Opera News )

How To Calculate Your Zakat