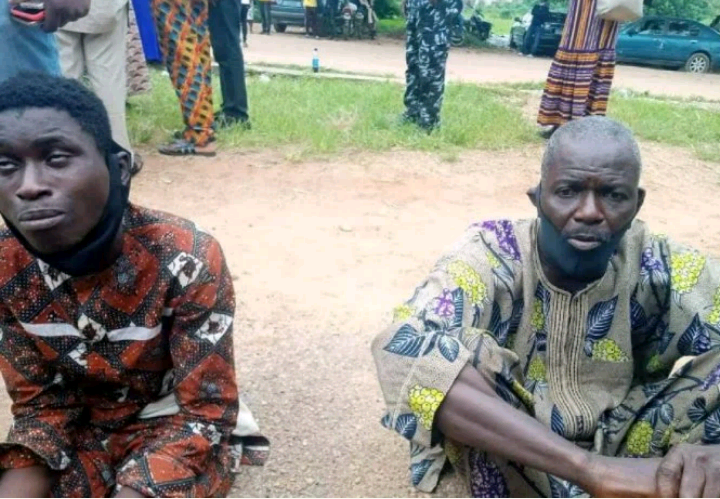 In regards to the manhunt launched by the Oyo State police commands to apprehend the culprits that were involved in the killings that took place in the Akinyele axis of the state, the alleged murderer has made some vital confessions.

According to Sunday Sodipe, a certain 50 year old herbalist who goes by the name, Adedokun Yinusa Ajani was the one sending him on such operations.

He furthermore explained, that the herbalist usually makes some incantations for him and also give him something to put in his tongue three times before going out for any operation.

The suspect furthermore revealed that whenever he comes back from any operation, the herbalist would always give him N500 and also some food to eat.

However, Mr Joe Nwachukwu Enwonwu, the state Commissioner of Police while revealing the way the arrest was carried out stated categorically that the crime coincided with the time he was appointed as commissioner of police, the reason he had to ensure the case was given the adequate attention it warranted.

However after getting quizzed by the police, he was able to give useful information that led to the arrest of Sodipe and Ajani.

Also the herbalist who Sodipe claims normally send him on the mission denied ever having any knowledge of Sodipe claims. According to him, Sodipe was a wayward child whom his mother brought to him for help.

He also revealed that after he helped him, Sodipe requested to learn how to become a herbalist, a requests he granted and that was what Sodipe was doing for about 6 weeks until he was arrested.

However, the arrested suspect are responsible for the killings of Wasilat Adeola, Barakat Bello, Grace Oshiagwu, Mojeed Tirimisiyu as well as Adeola Azeez and her daughter, Dolapo Opeyemi who both survived.