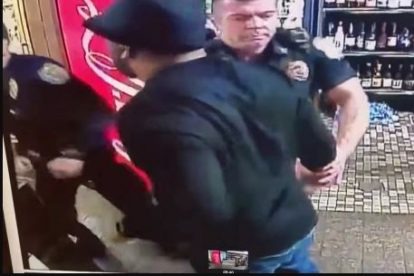 There was a video that was released which showed a white cop punching and breaking the jaw of a black business owner, after the owner had called the police because he was being robbed. This really gives you an idea of the way a terrible system treats the black community. Kevin Penn, the 47 old owner of the Star spirits and beverages liquor store in Decatore, Alabama, was punched and tackled by the police after he reported a robbery at his own business premises. Although the incident occurred last March, the video of the police assaulting Mr. Penn appeared online just recently. Following the release of the video, the Decator Police chief Nate Allen, said the officers mistook Penn, who was holding a weapon (we will get to this later) for the robber, the Police showed police worn camera footage from the incident saying that Penn refused to put down his gun when instructed by the officers. 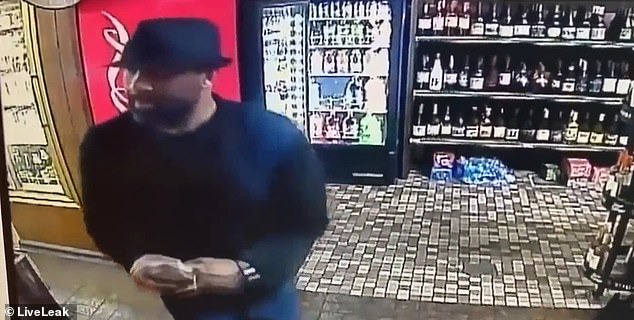 Now, it is really weird that the police claim that Penn was holding a gun which led to the assault on him, because if you look closely at the video (below), what you would see is Penn entering his store and then immediately begins taking apart his weapon (gun) as he shouts at the police in frustration for allowing the robber walk free, and as the police officers enter the store it is very visible that he was no longer holding anything but the cartridge of his gun, but instantly he gets punched in the face by the police, who then in their numbers (3) push him to the ground where they handcuff him.

To make things clear a little, a citizen of Alabama, US, is allowed by the law to own and carry a gun within their property. A tweet later was posted by a woman claiming to be Mr. Penn’s cousin, saying that the video exposing the police brutality should please be spread, and that the police had broken Mr. Penn’s jaw and shoulder when all he did was call them because a white man had tried to rob him, but instead the police had let the robber walk right pass them and immediately attacked Mr. Penn.

To be sincere, this happens all the time, because in the last year alone (2019-present) there has been over 4 reported cases of the police mistaking black victims of a crime for the criminals and allowing the real culprits walk free right under their noses. Well, this video has been online for sometime but has now been coming up, because people due to the recent George Floyd’s death and protests are becoming more aware of these kinds of situations and are sharing the information with others. So hopefully, changes will begin to be seen at the end of this dark and sad tunnel.

Watch the video with the link below