This Bride Made Everyone Commit Suicide On Her Wedding Night, What The Groom Did Was Heroic(Fiction)

It was a glamorous day for both celebrants as they were finally hooked together in the day. The wedding was quite interesting but stressful although. The bride was moving hither thither to make sure everyone is served while the groom just relaxed with a few friends sipping a cold beer. It was after ceremony party as almost everyone had left for home. Just a few remaining, the family friends and some relatives who are tiding things up. It was getting late and everyone had to start leaving significantly. By now, the newly married couple were exhausted and anxious to get home. They stood up reluctantly and wished everyone safe destination to their homes. The groom called his Personal Assistant and told him to wait behind so he can take care of the place while he's left. As they walked up to the car, his newly betrothed wife whispered to him for help. She was tired and couldn't walk that far to the car park. Mr. Bridegroom anxiously lifted her wife as they both laughed towards the car park.

The driver was already waiting for them in the car since hours ago. He was also tired of seating there jobless. His joy knew no bounds when he saw the couple approaching the car. They both jumped in as if it were a moving car, one could tell how happy they were.

It was getting to be a lovely night for the couple after retiring from a cumbersome day. They couldn't wait to get in the bedroom as the driver parked inside the compound, it was just like the driver should drop them at the bedroom step. They were really exhausted, one could tell from the faint steps they took. After alighting from the car, they reluctantly packed some handy stuffs as they left they wedding gifts in the car to spend the night there. The couple walked sluggishly towards the main entrance as they held their hands tight. Both of them went straight to the bedroom, pulled their clothes off straightway, and then took their showers in turn. They must have been so tired from the day's ceremony that they managed to lay down before dozing off. One would wonder if they forgot it was their first night, or too stressed to enjoy their first night pleasure. It was not long before they started snoring. That was how all the days vibe ended, despite being naive and their anxiousness. The driver went to the kitchen, Prepared dinner for himself and slept off too.

Hours later, there was strange noise coming from the sitting room. It was the husband that woke up first, he tapped his wife as they both headed to the living room. To their surprise, they saw four hefty men sitting gallantly in the living room holding dangerous weapon. 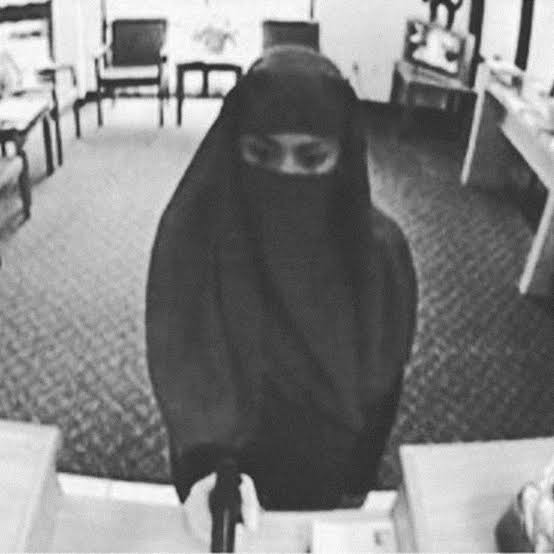 Alas, they were armed robbers. The driver jumped out of my bed with so much vigor as he heard his boss screams. All of them were sweating profusely, no one could explain what is happening or how the strange men got inside. The room was became as silent as graveyard. The gang leader broke the silence as he requested that they bring all the money they have with them. The pitiable lady burst into tears as she claimed they have no money. Her husband joined her like it was premium tears. They explained that they just got married and they've exhausted their money on the ceremony.

The robbers look at themselves, like trying to pass a unique message. Then the gang leader said since they don't have money, one of them must die. He ordered the young husband to pick up the gun and shoot his wife. The young husband refused blatantly as he pleaded that he loves his wife so much. The gang leader threatened that if he refuses to kill his wife, he will order his wife to kill him. Yet, the husband wept bitterly and remain adamant on not hurting his wife. The gang leader then faced the wife and gave her the option of Killing her husband to save her life, else he will shoot her. The wife didn't hesitate to pick up the gun as it was already corked. She pulled the trigger, alas nothing happened. She pulled the trigger again, hit the gun but yet nothing came out. Just then, the robbers burst into laughter.

The husband was disappointed and just recovering from the shock. He was surprised his new wife could pull a trigger on him. The wife was even pulling the trigger consecutively without stopping. The gang leader restored silence as he said all was a trap for the new couple. He then told them that it was a toy gun . He was just testing if they really love each other, but the wife failed.

The gang leader was angry with the wife, so he released the husband to go get a rest inside. The husband went inside and committed suicide because of his wife's betrayal, but he left a note for her. After few seconds, the driver rushed out to announce that the husband is dead. They all wept as the young man shows what true love is. They saw the little note he left behind. He was addressing his wife in the note, saying he still loves her no matter what. He said he would still marry her in his next world and told her not to feel guilty.

After reading the note, the wife was shocked and had cardiac arrest. She gradually slumped as she gave up the ghost. The armed robbers felt guilty for what they've done and they yelled at the gang leader. The gang leader became angry and killed all of them except the driver. As he was leaving the house, the driver brought out a dagger from nowhere and stabbed him from behind. He felt the sharp pain as he gradually goes down. He pulled out his gun and shot the driver as he refused to go down alone. Everyone in that house all died because of the wife's silly mistake. Who is to be blamed? Is it the robbers, or the unfaithful wife, or the over-loving husband? Don't forget to drop your comments below.

It was such a tragic story, but thanks for reading through. Please, kindly like and Follow us for more interesting and educative Fiction.

I finally remembered vividly, it was my late brother who appeared to me. He came to warn me about our parents. I could hear him in the dream crying and screaming the name of my parents. He was about whispering something in my ear when I woke up and jumped out of bed.

Immediately I remembered the dream, I was scared because of my late brother who was screaming my parent's names. I had to run downstairs, heading towards their room if they were saved. I ran with the speed of light, I couldn't explain how I walked through twenty three steps in five seconds. Maybe it's the passion and love I have for my parents, I cherish them a lot and their safety is my priority. Luckily, the door was opened wide and I need not waste time on knocking.

As I entered their room, I stood perplexed and couldn't move an inch. My head began swelling up and all I could see is my parents in white garments tied around their waste. Finally, I got a hold of myself. Both Dad and Mum couldn't see me because they were so engrossed in what looks like divination. I saw my Daddy pronouncing some incantations while his wife was busy picking up money from the floor. It was the source of money falling that made me look up. What I saw terrified me, more terrific than the dream that chased me down. I saw my late brother kneeling behind the bed and holding a bloody Calabash. It was from this Calabash that the money was falling from. I couldn't withhold the shock as I screamed loudly. My parents were surprised and kept shouting at me. They were blaming me and questioning me for not knocking before entering. They managed to persuade me as they see me off to my bedroom. Mum said she would explain everything once it's morning.

I couldn't sleep back, I keep remembering the dream I had. My late brother must have been trying to pass a message. I remembered I saw the same Calabash with him in the dream screaming mum and Dad's name. He later told me to run away from them because I might be next Target for renewal. I never understood this until I related it with what I saw in my parent's room few minutes ago.

I sprung into action, I couldn't wait till it's morning because I never know what might happen. I took just a piece of trousers and two shirts so nobody would notice me. I sneaked out of the house despite knowing it was Dangerous. It was around 2:00 am in the midnight but I had to flee that midnight. I couldn't risk staying in that house.

I managed to survive the night but I am yet to recover from the shock of that night. What a wicked and desperate world. I kept seeing reasons on why we need to be more vigilant and trust nobody but only God. Humans will always be humans.

Thanks for reading this short fiction