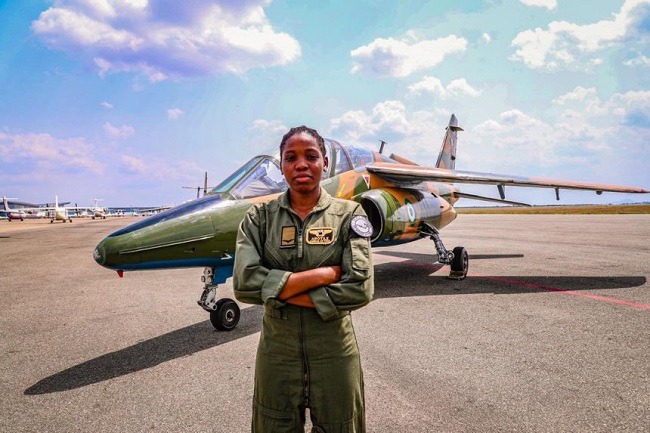 The distraught mother of Tolulope Arotile, the first female Nigerian Helicopter Combat fighter, who was killed in a car accident a few days ago, believes her daughter’s death is not natural.

Mrs. Arotile, who has been inconsolable since the demise of her daughter, has also promised that anyone who has a hand in her 23-year-old daughter’s death will suffer greatly, in due course.

The distressed Mrs. Arotile, who could only manage to accept greetings from sympathizers at her residence in Kogi State, insisted that her daughter was murdered by people who were jealous of her achievements at such a young age. 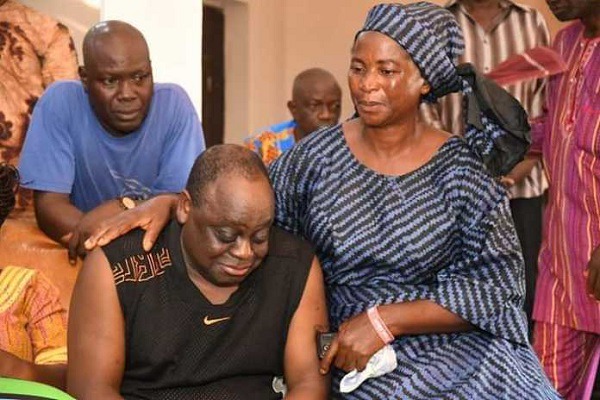 She said that the deceased had told her so many things and that if she opens up, heads will roll in the Nigerian Airforce and the military hierarchy.

“I know my daughter’s death in not natural. I insist that she was murdered and those who killed her will not go unpunished as long as my God is alive,” she began.

“Is it not laughable that a young lady who has escaped from Boko Haram attacks and bandits’ bullets several times, would be killed by a reversing car, just like that? 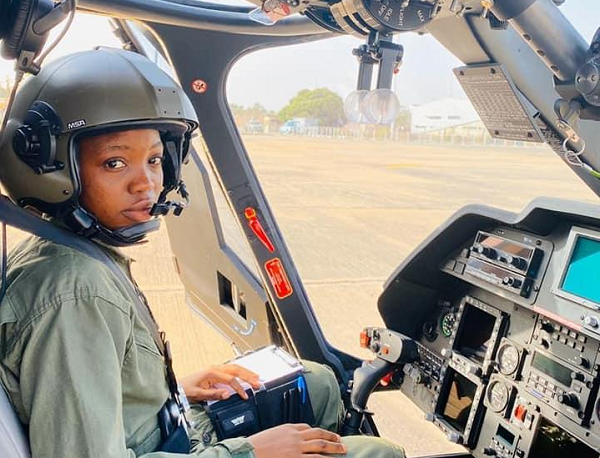 It is so unbelievable and far-fetched. How they just jumped into that conclusion still baffles me till today.

Tolu was so close to me and she had told me a lot of things and if I open up now, many heads in the Nigerian Airforce and the military hierarchy, will roll.

She had told me a lot of things that had been happening to her after she came back from her training in South Africa. There was a time she told me that she feared for her life as she had been stalked by unknown men on different occasions. 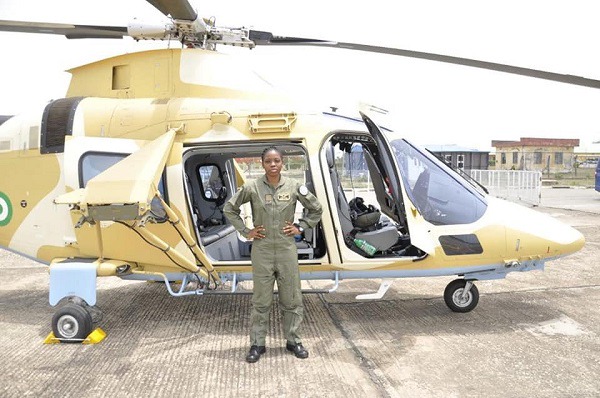 There was a time I persuaded her to resign from the Airforce and move to the United States of America and enrol in their Army or Airforce, because with her record, it would have been a piece of cake.

But Tolu loved Nigeria so much and insisted that she would be safe and assured me that nothing would happen to her. I wished she had accepted my advice, maybe this would not have happened.

I know that there were many senior officers who were jealous of her achievements at such young age. 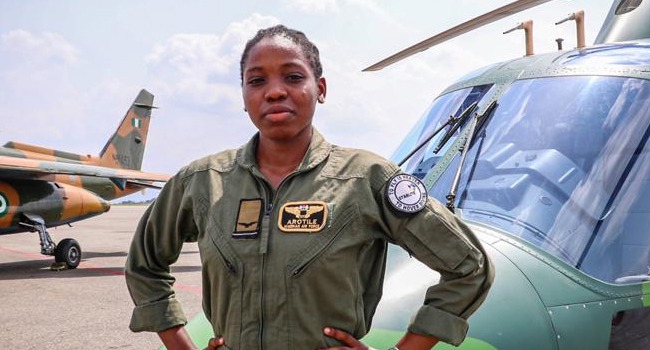 This was a young girl, at 23 years of age, who had achieved what people at the age of 50 could not achieve.

This was a 23-year-old girl who was celebrated all over the world for being the first Nigerian female Helicopter combat fighter.

This was a 23-year-old girl who was honoured by the President and his wife and top government functionaries.

This was a young girl, who, at her age, came out as the best in her class which had experienced officers from Nigeria and she beat them all to come out tops. 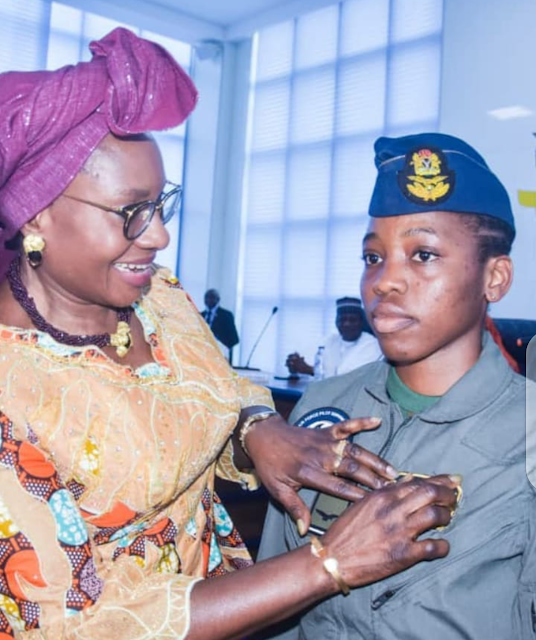 This was a young girl who was rising up the ladder of her career so fast that it would only take death to stop her.

This was a young girl who was sent to the battle front many times with the intention of having her killed by Boko Haram insurgents, but she always managed to escape with God on her side.

So what they could not achieve with the insurgents and bandits, they finally achieved with a car, a reversing car at that.

Now tell me; what would be the speed of a reversing car that would knock down a vibrant, agile and sprightly young woman and crush her skull? 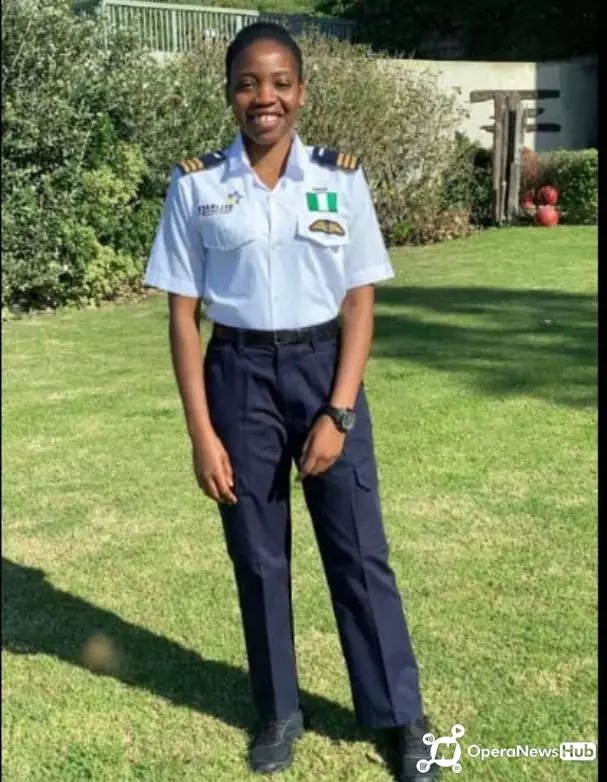 Who are they deceiving with the car accident story? Do they think we are fools? I know deep down in my heart that my baby was killed and I ask the Nigerian government and the Nigerian Airforce to carry out an intensive investigation to unravel this mystery.

But if they refuse to get to the bottom of the matter, I assure them that anyone who has a hand in Tolu’s death, be he on top or anywhere, the person will suffer greatly. 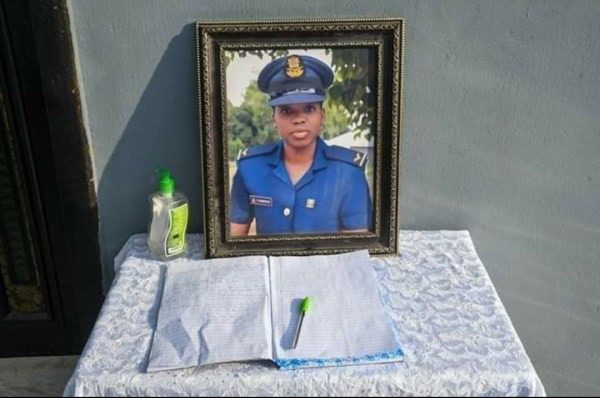 They have made me lose my beloved daughter, my shining light, my priceless jewel and they think they can murder sleep and get away with it?

That will never happen unless I am not from Kogi State or my God is sleeping. Better tell them to get ready to bury their own children one after the other,” the weeping woman said amidst torrents of tears.