What Could Have Prompted This 20-Yr-Old Damsel To Take Her Life After A Fight With Stepbrother?

By Painstaker (self media writer) | 2 years ago 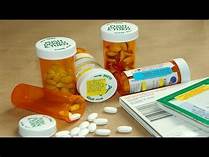 It is now on the news how a promising young girl committed suicide after misunderstanding that led to a fight between the deceased and her stepbrother.

Sherifat Suleiman has been living with her stepbrother since after the death of their father. The report has it that from time to time they were having a series of misunderstanding which in most times prompted her step-brother to molest her.

Both step-sister and brother who lived together in a two-room apartment at road 8, off 2nd Avenue, Olorunsogo, Yewa, Isawo, were said to always engage in a war of words with each other.

The deceased until her death was preparing to sit for this forthcoming West African Senior School Certificate Examination, WASSCE.

Vanguard reported that the tragic incident occurred at about 4.p.m., on Sunday, in Isawo area. On the fateful day that the incident occurred, she went and purchased a poisonous substance and consumed. And when her system started responding to the poisonous substance, a little girl close by raised an alarm, which attracted the neighbours and the found her fuming from the mouth. On their way to the hospital, she could not bear the pains and gave the ghost.

Her stepbrother, who was overwhelmed with grief, tearfully wrapped up her body and headed for their home town in Ijebu area of Ogun State for her funeral.

Some residents of the area said that the 20-year-old took her life due to the fact she could no longer bear the continued physical and psychological assault by her stepbrother.

Some residents on sight said that after examining her body, there were bruises on her both legs and laps.

But a senior police officer who did not want his name in print promised that investigation is ongoing to unravel the actual cause of her death.

Did you think that she killed herself just because of the molestation, or there was something else behind it?

Content created and supplied by: Painstaker (via Opera News )