Governor Bello To Bandits: Submit One AK-47 And Get 2 Cows, Is This The Best Way To Fight Banditry? 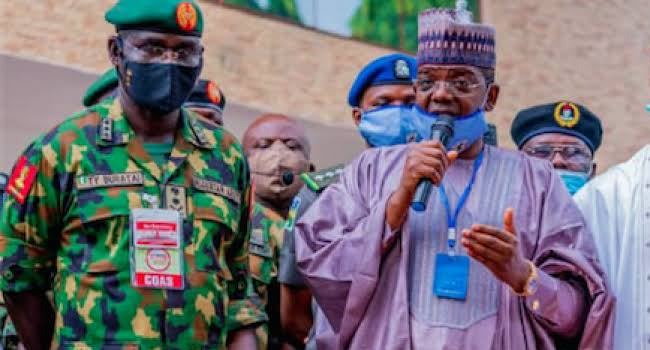 On Thursday July 16, 2020, the executive Governor of Zamfara State, Bello Matawalle, while playing host to the heads of various security agencies in the state most notably the Inspector General of police, Muhammed Adamu and the Director General of the DSS, Yusuf Bichi, extended an olive branch to armed bandits in the state, promising a gift of two cows in exchange for every AK47 rifle surrendered by any repentant bandit in the state.

The governor while explaining the rationale behind the move said the state is offering cows because the bandits need the cows to advance their economic interests, adding that if given money in exchange, they could spend them on buying new rifles.

He said, “For every rifle submitted by a repentant bandit, there would be compensation of two cows. We don’t want to give them money, so they wouldn’t use the money to purchase new weapons.

“We said we will compensate them with cows, they need the cows to advance their economic interest.

Now my question is this, if you are giving them two cows instead of money because you don't want them to buy new weapons with the money, what about them selling the cows and using the money to purchase weapons?

Matawalle also noted that the repentant bandits have been asked to either leave their camps in the forest and come to town in other to be reintegrated into the society or be given economic empowerment where they are, so that they would start a new life.

He said “We also told the repentant bandits that all “Dabas” (Camps) in the forests should be disbanded. We won’t accept a situation where the bandits will disarm and then go back to the forest and be staying in these camps or Dabas.

“We asked them to either come to town and be reintegrated into the society or be given economic empowerment where they are, so that they would start a new life.

I think it's high time every level of government in Nigeria develop a comprehensive security strategy to combat crime and criminality in Nigeria.

This culture of paying or buying off criminals has to stop. The government should stop paying lip service to the activities of this criminal elements. Why should a responsible government negotiate with and pay off criminals.

What's the message they are passing across with such gestures, don't you think they are rewarding crime?

A criminal should be treated as a criminal and not pampered gifts and incentives.

What do you make of this development from Zamfara state?