THROWBACK: Man Broke Into The Queen of England's Bedroom and Asked For a Kiss 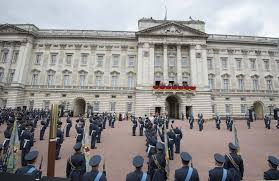 One of the most guarded places on this Earth is the Buckingham Palace due to the fact that it is the London residence and administrative headquarters of the monarchy of the United Kingdom. But surprisingly, a man named Michael Fagan (born 8 August 1948), a British man was able to break into Queen Elizabeth II 's bedroom in Buckingham Palace in 1982. The incident was one of the 20th century's worst royal security breaches. 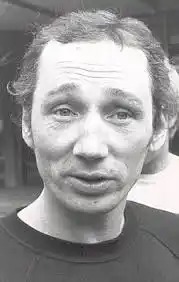 At the time, Michael was living in the Irish enclave of Kilburn in north London. One Friday night, while he was watching television in his local restaurant, it was announced that the Queen will be coming over to Buckingham Palace over the weekend. Those who are also at the restaurant seems to be unimpressed with the news, so Michael decided to take it upon himself to impress them by breaking into the Queen's bedroom.

He bet them five pounds each that he could get into the Queen's bedroom that night. There were seven people in the bar; each one duly gave him five pounds. Michael used the money for a cab to get to the gates of the palace. On the way he told the taxi driver his plans. The driver laughed it off…until he saw the 10 o'clock news that night. 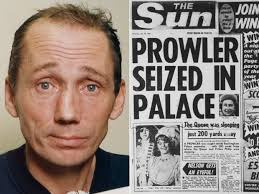 When Michael got to the palace, he scaled the 20-foot wall, which is an achievement in itself given the man had a belly full of Guinness. He went straight for the palace, totally undetected — the biggest breach of security in the 800-year-old history of the English royal family. He pulled himself up a drainpipe and came to a balcony of a bedroom. According to the Royal Family's website, there are over 200 bedrooms in the palace. Michael Fagan managed to pick the right one! Luck of the Irish.

When he went in, the Queen was sleeping. The word on the street in Ireland has long been that the Queen and Prince Phillip don't sleep together (this information couldn't be verified on their website).

He sat on her bed. She woke up and said, "Is that you, Philip?" He put on a posh English accent and said, "No it's me, Michael." She was terrified and thought he was going to kill her. He could see that she was very frightened. He said, "Relax, sister. You don't have to worry. I'm Irish." The Queen surely thought, "I'm definitely dead now." Michael very gently calmed her down. She said, "What do you want from me?" He said, "All I want is a kiss." 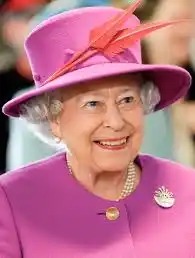 You can picture the scene: The head of the empire upright in her bed and a drunk Irishman leaning toward her. She asked, "Do you know who I am? I am the Queen of England." And he said, "I don't care who you are. I'm Michael Fagan from Ireland and I'm here for a kiss." She kept saying no; he kept saying, "Give me a kiss." This went on for seven minutes.

Michael lost his patience. He said, "For God's sake, woman, would you give me a kiss?" And the Queen said, "I shouldn't even be massaging your back." Michael was sentenced to two years in jail. He served a few months and was let out early for good behavior. It's said the Queen actually sent him a couple of letters while he was in prison.

I'm surprised this man went through all the stress just to win a bet and ask for a kiss. What would you ask for if you have the opportunity of meeting the Queen?