By RelationshipUpdate (self media writer) | 2 years ago 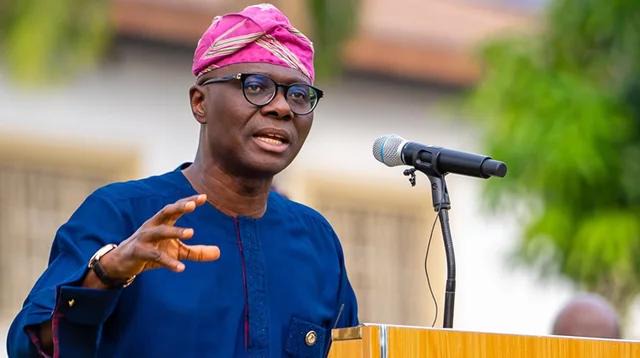 The Governor of Lagos State, Sanwo-Olu Babajide has announced that the security cameras recorded the End SARS shooting against the Lekki toll gate protesters.

He announced that the video footage will be delivered to the judicial cabinet that handles police cruelty, illegal killings, and fraud.

The governor made this known on a live TV program that was held on ARISE TV today.

He made this announcement while he was inquired of why the cameras recording the protest at the Lekki toll gate was taken out before shooting at the End SARS protesters.

In his answer, he pointed out that the CCTV has video footage of what transpired when the protest was ongoing would be delivered to experts to investigate.

The governor said, “I'll only speak up the fact on what really transpired. There are security operatives from the Concession Company of Lekki at the place.

I had phoned the Managing Director that night after I saw the images. What he told to me was that they decided to remove the cameras that were important to them, due to the curfew that was announced.

Those cameras you've seen are not security cameras nor Motion Cameras. Those cameras are laser cameras used for cars. It only records vehicle tags and plate numbers.

“It's not a camera used for human beings. It's a camera made with infrared that only records vehicle tags. The Security Cameras at the lekki tollgate plaza are still there.

This will be the footage that we will be using for the investigation. The Security Cameras are still installed at the top of each tower, I've seen them there, they are there. No one can remove those security cameras.

“We shall leave these things open for people to come and confirm themselves when the judicial cabinet starts their investigations. He said the footage from the camera can be assessed.