3 policemen drown in River while chasing 'weed' smokers in Oyo.

By GSMafeng (self media writer) | 2 years ago

A sad report reaching us states that the police constables have drowned to their deaths while in a hot pursuit of suspected weed smoking hoodlums known as 'agberos' under a bridge around Balogun Street in Oyo town, Oyo State Nigeria.

The demised policemen who were attached to the Atiba Police Division were said to have trailed the hoodlums to an area where they were allegedly living. Immediately the hoodlums saw the police men, they started running towards the bridge.

The Oyo State Police Public Relations Officer confirmed the incident, stating that since the incident, four suspects have now been arrested. According to him, the police carried out a raid. They went to a criminal hideout in the area where some hoodlums started running, one of them jumped and entered a canal, after which the police men followed them.

He said, “Unfortunately, the policemen drowned. It was a painful loss for us. The suspected criminal and three others have been arrested and we are still investigating them. It was based on a tipoff that our men went to the criminal hideout. The hoodlums had been disturbing the area. The report before me is that they are suspected criminals and investigations will reveal more details later.”

He added that the policemen followed one of the hoodlums to the bridge and three of them jumped in pursuit. They were not lucky as they were swallowed up by the mud, and it was a bulldozer that eventually pulled out their corpses. 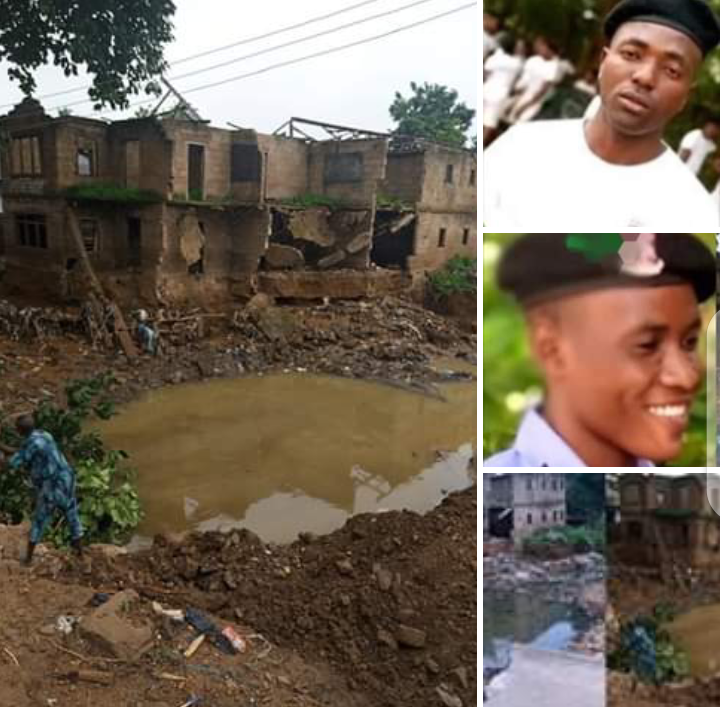