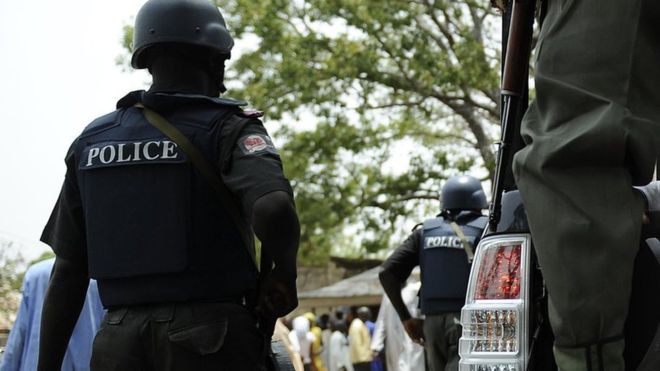 The suspects were reported to have escaped from the central police station on Saturday night.

According to a report by the Nations Newspaper, 20 out of the 29 suspects have been re-arrested, while nine other persons are no where to be found.

Sources revealed that the suspects had claimed to be pressed and demanded to use the toilet, they pleaded with the cell guard to assist them with some water, without him knowing that they had an alterior motive.

The cell guard unlocked the cell to hand over water to them, the suspects pushed the door against him and took to their heels.

Investigations showed the cell of Central Police Station, Umuahia, like most police stations in the state, is overstretched as correctional centres have been reluctant to accept suspects due to COVID-19 scare.

The situation is said to have forced courts to order remand of some of the suspects in police custody.

The state police public relations officer, Geoffrey Ogbonna while confirming the incident urged the general public to give out any reasonable information that would lead to the re-arrest of the missing suspects to the nearest police station.

He however, reassured that the missing persons would be re- arrested.