By Gistxrta (self media writer) | 1 year ago

A viral video of a popular Twitter influencer dehumanizing a poor little girl hawking her goods by the roadside has surfaced online and many have been reacting to it. 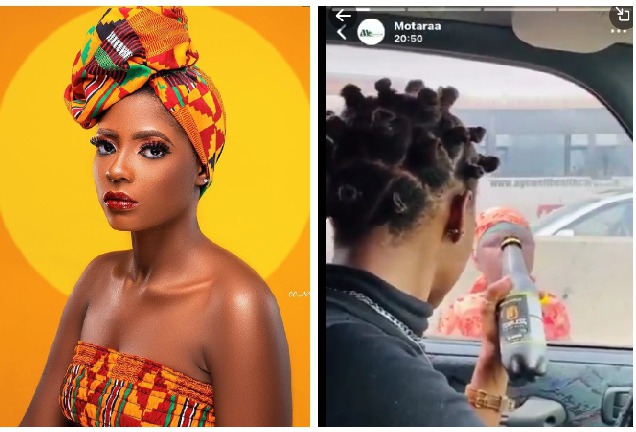 The Twitter Influencer who is identified as Lady Motaraa was learned to have, days ago, came on to the microblogging platform to publicized her family ordeals where she disclosed how her mother hawks goods to cater for her and her siblings after their father abandoned them. According to her in the thread of tweets which garnered her several criticisms and backlashes, Omotara recounted how she suffered to be what she is at the moment and how her mother hawks and is still in the hawking business to provide for her and her siblings. Her story got many infuriated on the bird App who drag her for always broke shaming people on Twitter yet she couldn't start her mother a better business to do other than hawking. According to information gathered from several Twiter users, Omotara is well known for calling people "broke" hence why she was dragged after she publicized her family story.

However, in the viral video that surfaced online, Omotara was seen in her car making a mockery of a poor little girl hawking along the busy road where she was held up by traffic. In the video, she was spotted taking a "Fearless" energy drink while asking the poor little girl if she would love to have some. The annoying part of the whole drama is that she ended up not offering the drink to the poor little girl rather she was laughing at her as she chased her car after she zooms off. 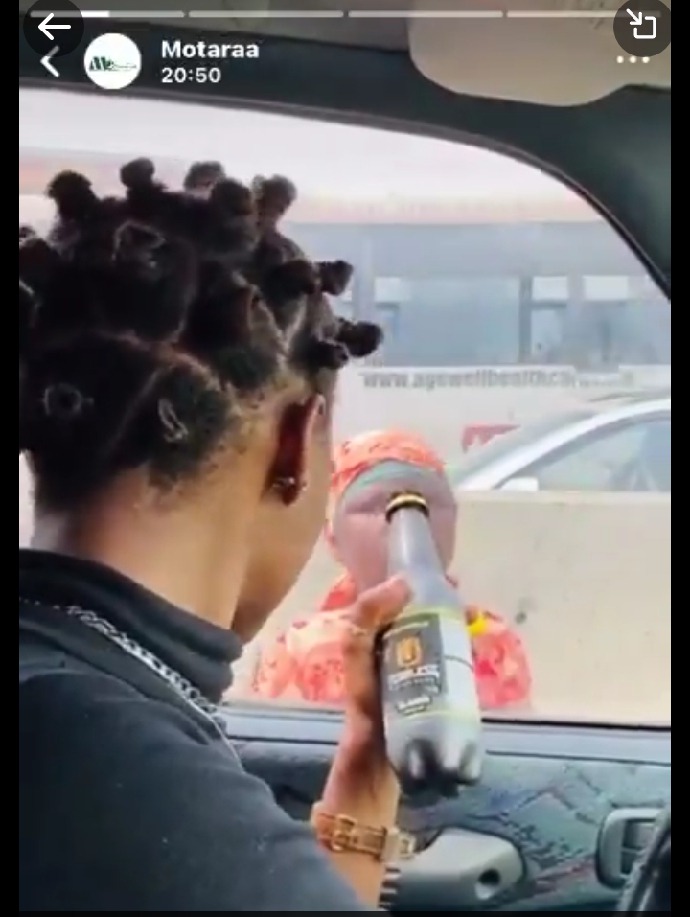 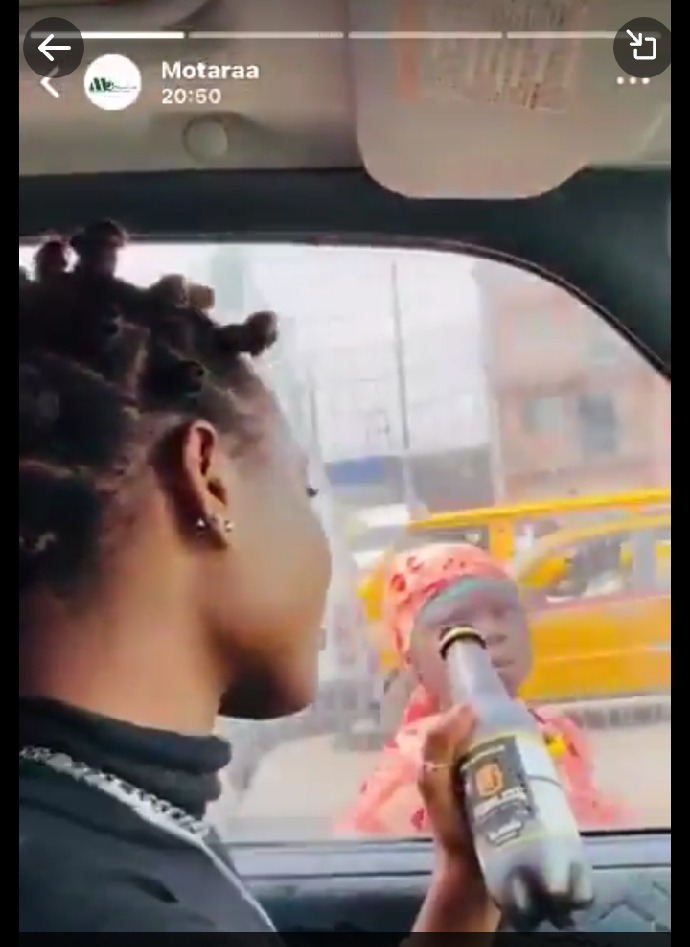 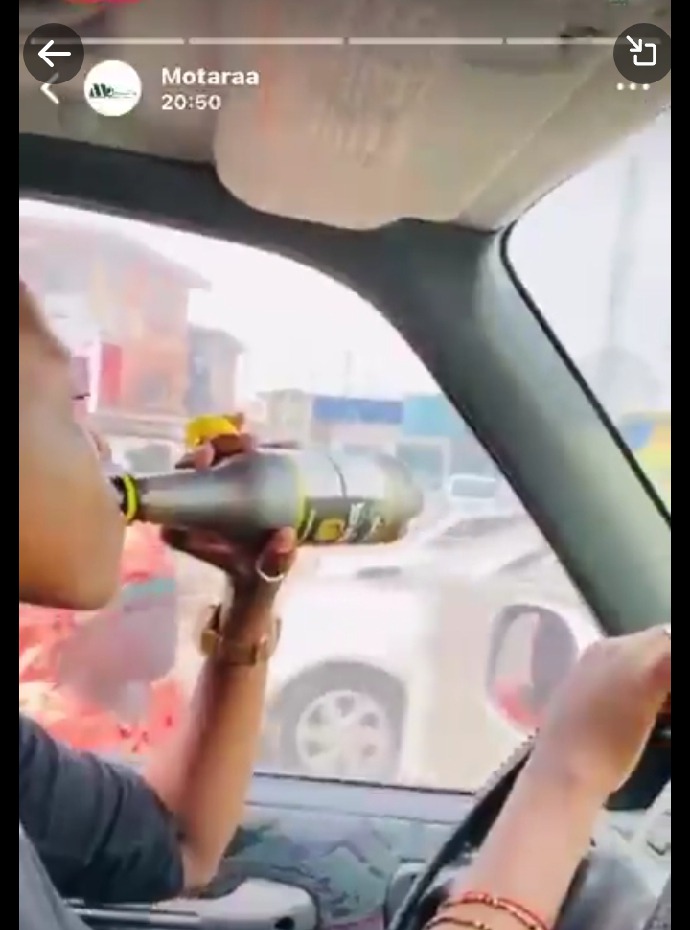 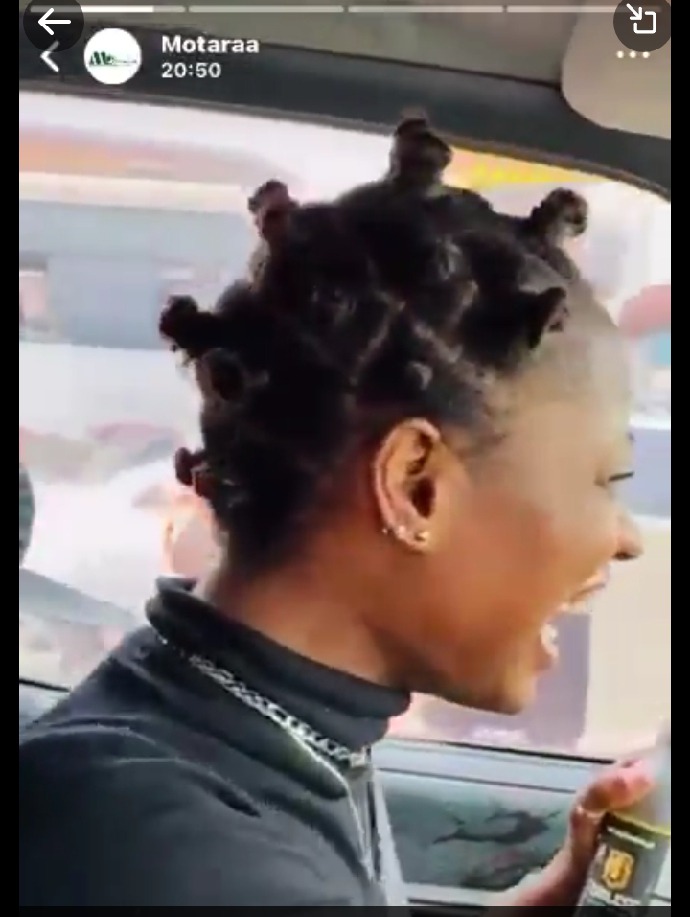 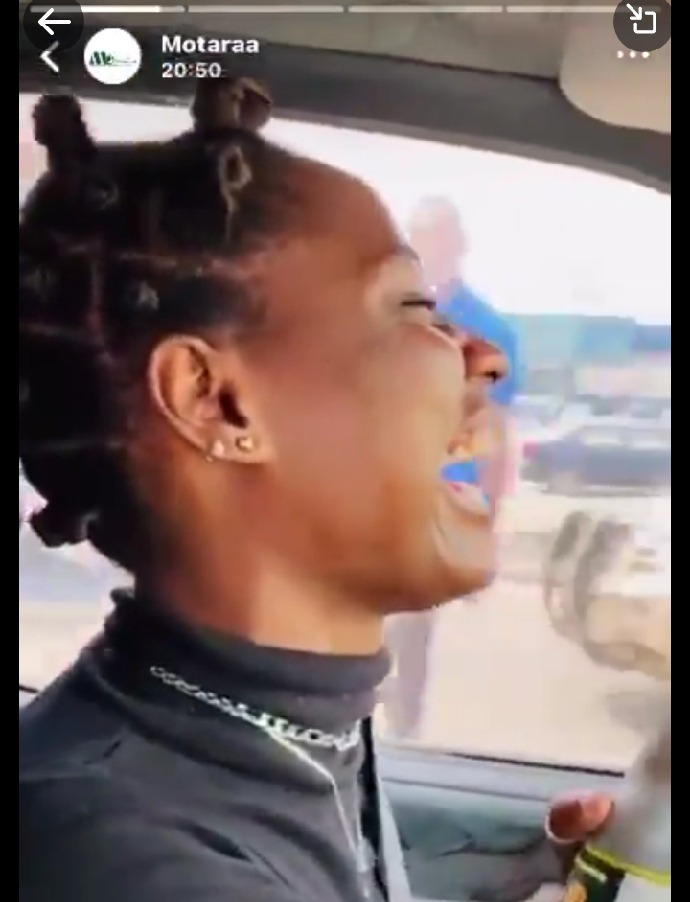 Reactions trailed her inhumane behavior towards the little girl as many severely criticized her for the unruly manner in which she treated the poor little girl who probably might have been in the scorching sun for hours hustling.

See what people are saying 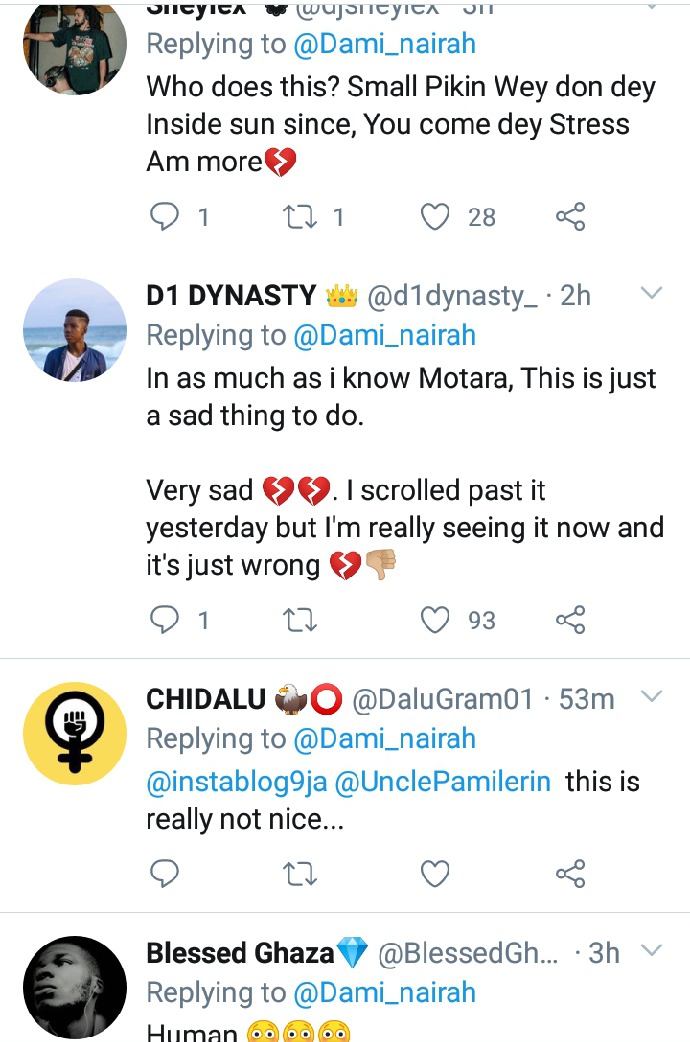 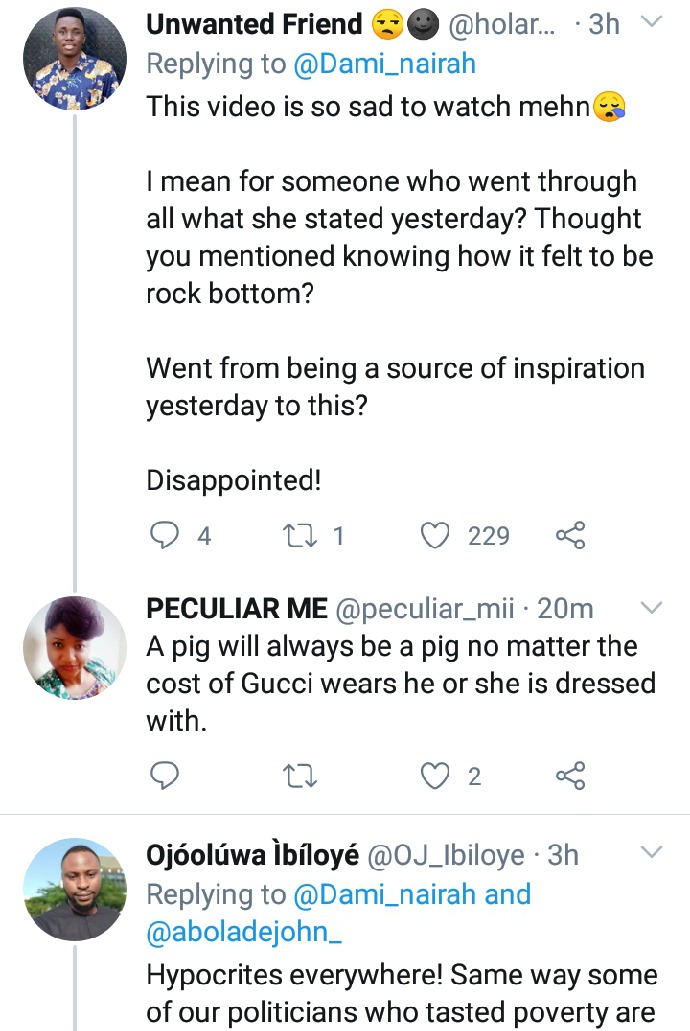 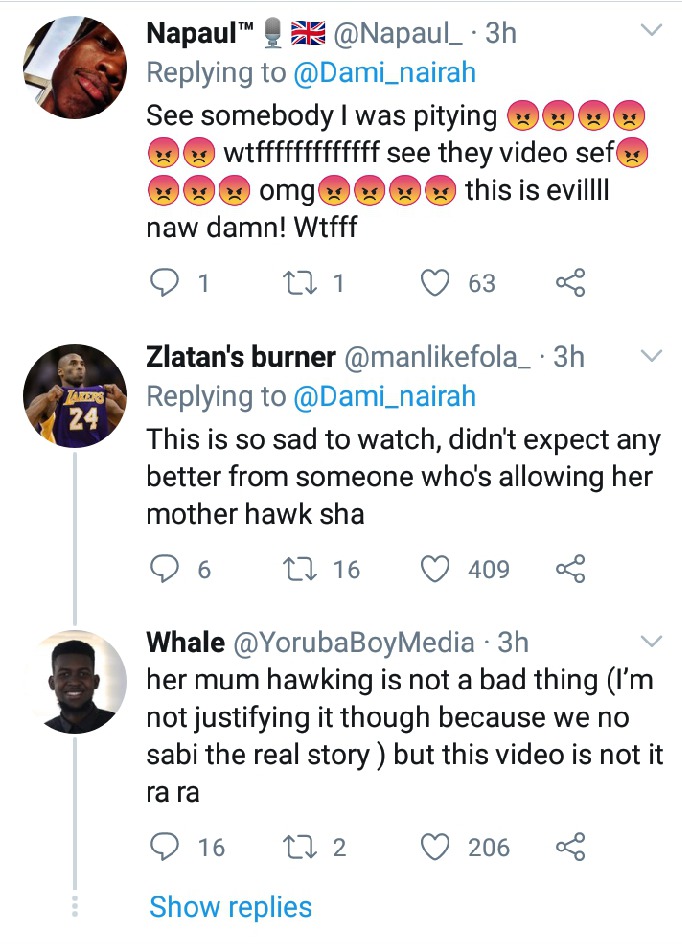 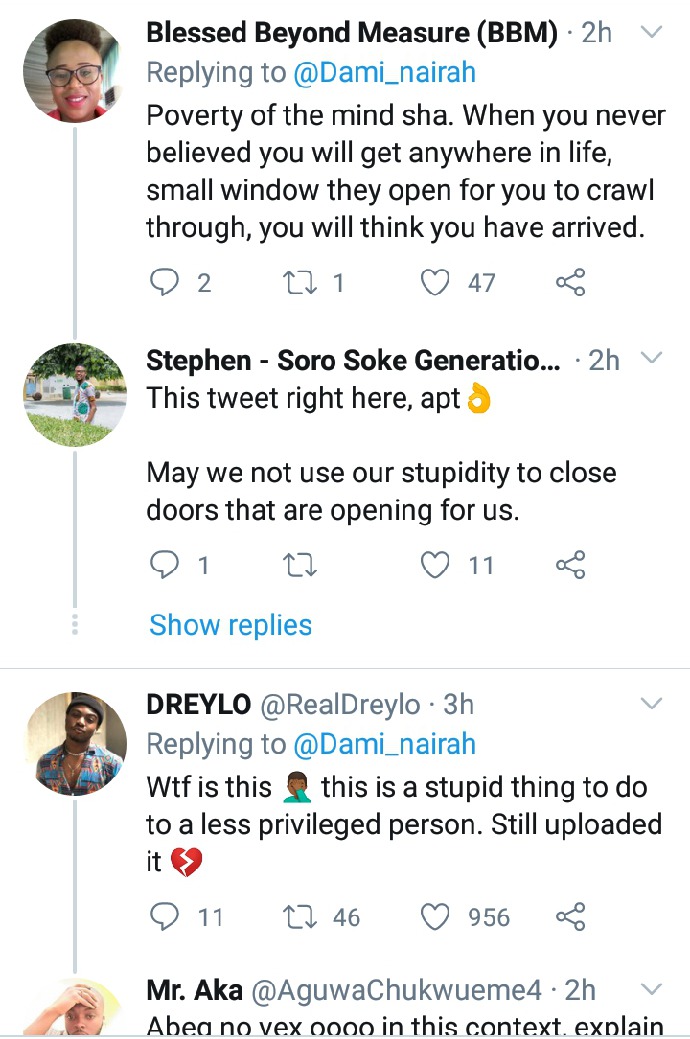 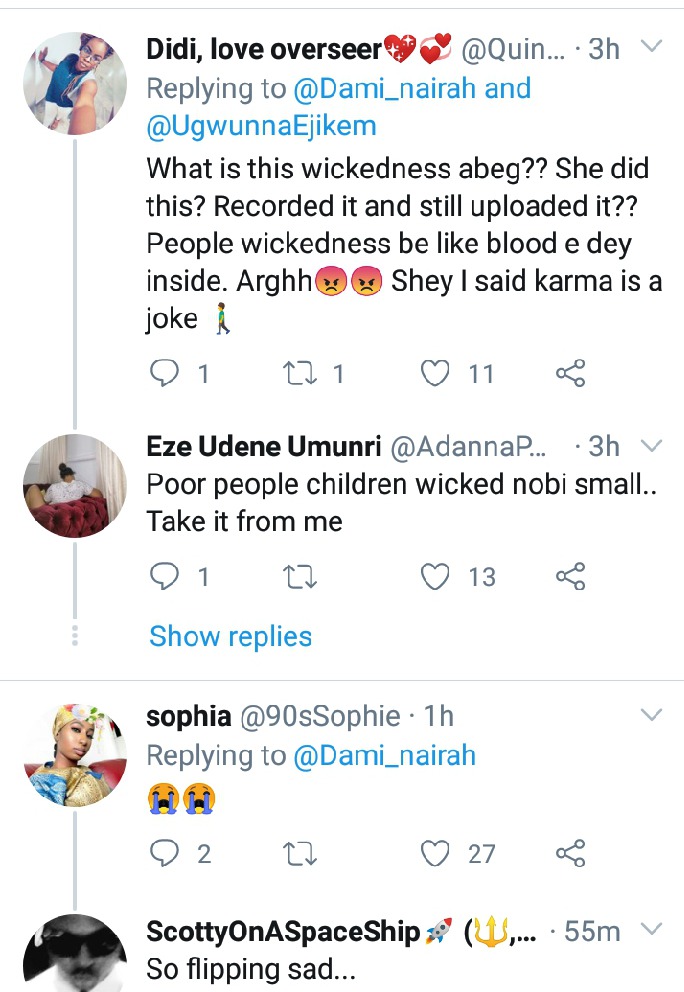 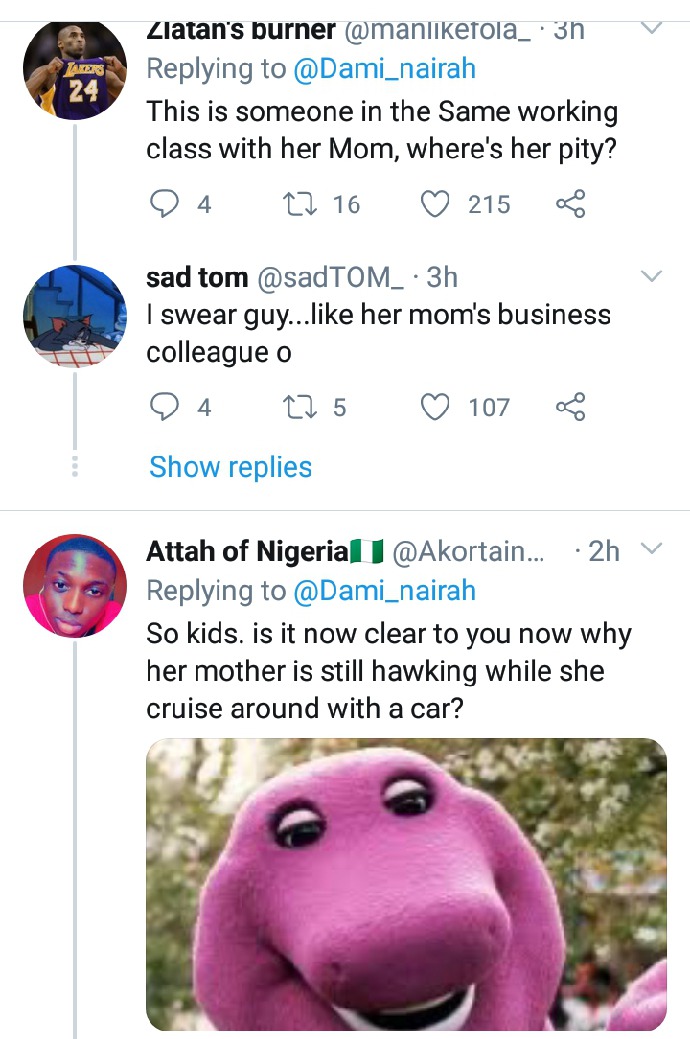 What do you say about this?

This is very bad of her.