Woman arrested after pregnancy turns out to be water melons filled with cocaine.

By Socialmediajagaban (self meida writer) | 4 months 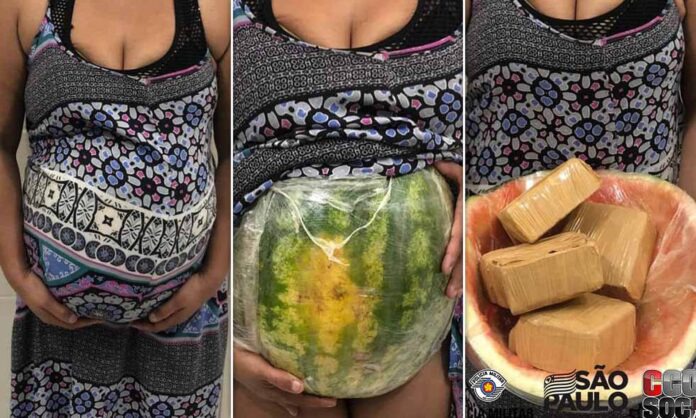 This Woman was Arrested in brazil After her baby bump Turned Out To Be Watermelon Filled With Cocaine.

The police has reported that the lady who was attempting to smuggle cocaine into Brazil, pretended as though she was pregnant but eventually ran out of luck after the police got alerted about a drug case in the state .

The police were reported to have conducted a stop and search on a bus headed to Rio de Janeiro, while searching her, her belle turned out to be water melons, which was filled in with four brick sized portion of cocaine, weighing more than four pounds, and has been allegedly seized by the Sao Paulo authorities. 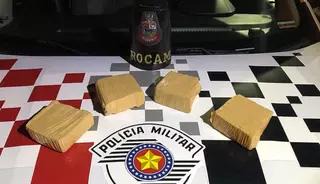 After a thorough interogation, the Suspect admitted that she had initailly received the drugs in Paraguay and was transporting them them to Rio de Janeiro .

Although she currently is in the police custody, she has also confessed to being paid 500 Brazilian reals, approximately about $100 to move the drugs to the brazillian mega city.

4 Things You Should Stop Doing in Your Relationship

Funny Chat Between Suspecting Husband And his Wife's Male Friend

4 Ways to Overcome Jealousy in a Relationship

Chelsea's Next Premier League Opponent After They Drew 0-0 Against Brighton Today.

6 Reasons Why Some Relationships Fail