By Asubakun (self media writer) | 1 year ago

The man Identify as Eromosele Mahmud 47 years old from River state has impregnate his own daughter who is 16 years of age. 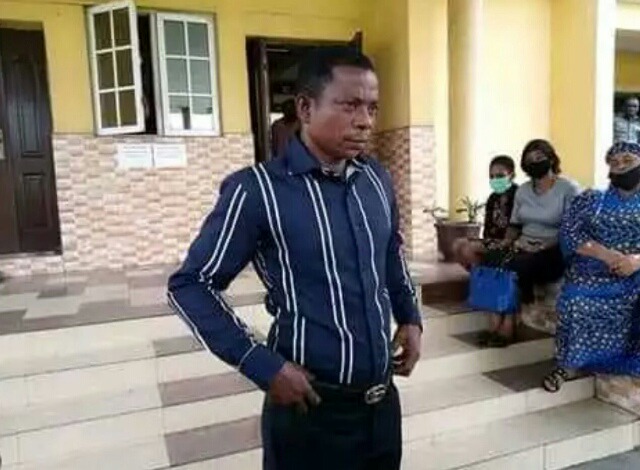 According to the man he started making love to his daughter when she was about 12 years old in 2017 But she have never complain.

Mr. Eromosele Mahmud is from Etsako West Local Government Area of Edo State, while being paraded by Rivers Police Command told journalists at the command headquarters in Port Harcourt that: “There is an irresistible spiritual force that comes upon me once in a while to have sex with her. And when it comes even my daughter who is now about 16 do not resist does not report to anybody.

The said he regret doing such as inhuman acts and decided to give himself to the police.

The said he will not terminate the pregnancy which is about two months old.

He also disclosed that he was once married but divorced his wife when the daughter was very young.

Rivers State Police Public Relations Officer, Nnamdi Omoni told Journalists that the command is still investigating the matter And the minor who was impregnated by the father is in protective custody at the moment.

The question is what will the unborn child be to him?

Your opinion is welcome.

Content created and supplied by: Asubakun (via Opera News )