Back in the early 1900s, London was terrorized by a brutal street gang known for their clever tactics and violent tendencies. Nowadays, hidden cameras would’ve stopped these criminals right in their tracks. In 1915, though, all you needed to get away with a crime was a tough poker face…and the perfect shade of lipstick.

When women entered through the huge gilded doors of Selfridges Department Store, all eyes went straight to them. Their immaculate fur coats and magnificent hats were so eye-catching, in fact, that no one ever thought to look at their hands… 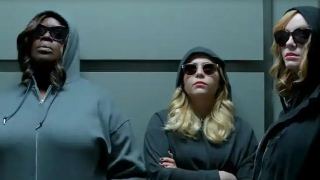 These customers were considered “women of means” — rich ladies with money to burn. The taller a woman’s hat and the curlier her hair, the more wealthy she appeared to be. Don’t bother them, the salespeople were told. Let them shop in peace.

But they weren’t shopping in peace, and all it took was an hour for them to complete their task. The ladies left the store just as quickly as they’d entered, taking with them the store’s hope for a good profit…and pretty much everything else they could carry.

Women were truly the most underestimated criminals in London, and no one knew this better than the devious ladies’ leader, Diamond Annie. She exuded wealth, even if she and her comrades didn’t exactly come from money.

The name she was born with practically set her up for a life of crime: “Alice Diamond” became “Diamond Annie” because she covered her fingers in diamond rings. She was almost 6 feet tall, had a “punch to beware of,” and was the de facto leader of one of London’s most notorious gangs.

“The Forty Elephants” were clever, light on their feet, and almost always got away undetected. Despite their layers of petticoats, these women always appeared to be unbothered, even in the middle of a heist. 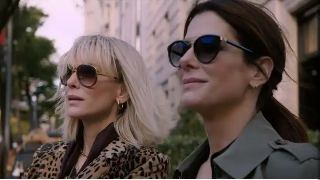 And heisting was where the Forty Elephants truly excelled. Armed with nothing but cleverness, these women walked into high-end stores and stole as much as they could. They soon became feared by pretty much everyone…even the police.

Detective Ambrose Askew said that the Forty Elephants’ “methods were so remarkable that they had never been seen to take any goods and none of the…property had ever been recovered.” It was all thanks to Annie’s innovative ideas.

Diamond Annie’s crafty ways have gone down in history as singularly genius. The women disguised themselves as wealthy women so as to be respected in department stores, a simple tactic that brought them staggering success. They even developed their own techniques.

When stealing jewelry, for example, the women would form a “crush,” or swarm the counter, quickly passing a piece of jewelry down the line of women until a disguised member of the gang pocketed it. As their success grew, Annie became more daring.

And there was no technique more daring than “the decoy.” For this to work, Annie would walk into a store that knew her reputation and divert the clerk’s attention to herself while another woman stole as much as she could..and they stole a lot.

When one 19-year-old member of the Forty Elephants was caught stealing, the police discovered that she was hiding 45 items under her skirts alone. And this woman was considered “green!” The more seasoned the “Elephant,” the more astounding the skill level.

Two other members managed to steal a $775 fur coat, which would be worth almost $20,000 today. “It’s not a bad life,” one retired member of the Forty Elephants once said. “If you must be crooked.” And being “crooked” was Annie’s specialty. 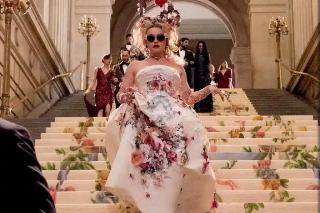 She transformed the world of underground crime by coordinating simultaneous heists around London. They would sell whatever they stole to underground retailers and buy high-end outfits to maintain their disguise. Still, Annie’s plans weren’t always perfect.

Though the Elephants evaded significant police detection for years, they were occasionally caught red-handed. A member once grabbed a tray of 34 rings just to run into a police officer on her way out of the shop. But Annie was too slick to get caught, right?

Diamond Annie forced the members of the Forty Elephants to follow the “hoister’s code,” which included members staying loyal to the group. For the queen of crime, the worst thing a member could do was betray her trust…

It all went down in the 1920s. Marie Britten, a member of the Elephants, fell in love, but Annie forbade her from eloping and leaving the Elephants. When Marie didn’t listen, an enraged Annie forced her followers to find the newlyweds.

They did so with glee, and with bottles, stones, and pieces of concrete in tow. They broke into Marie’s home and beat her lover mercilessly, all under Annie’s watchful eye…and, as they soon learned, under the eye of someone else. 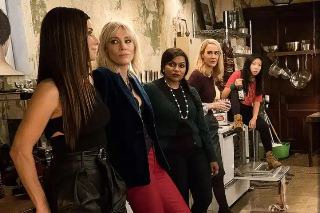 The police quickly arrived on the scene and arrested Diamond Annie. She spent 18 months in jail, and by the time she was released, the Forty Elephants had found themselves a new queen. Still, Diamond Annie’s unforgettable heists are the stuff of legends…

It’s possible that Diamond Annie and the Forty Elephants were the best crime ring in London’s history…unless, of course, an even more secretive group existed and still remains unknown — and undetected — to this day. Their work paved the way for similar gangs across the pond.