"It's just pride"- Man loses a Job of N200/Month in Lekkk because he did this.

Many people do not know where to draw a line between formality and informality especially when it comes to relatives and friends. It is believed that no matter how close you are to a person, when in a formal setting especially if the person is found in the company of his colleagues, you should address him or her with his or her formal title. But many people feel this could be as a result of pride as friendship should break any bond of formality.

In the case of this man who lost a good paying Job of almost N200k/month, and he only crime was being formal with the HR, who happened to be the brother of one of his friends. Describing this incident, the lady who told the story said, "A man lost a N200K per month job at my brother's company in Lekki. He was the best qualified candidate. He lost the opportunity simply because he called my brother "Uncle" during the interview. Stop addressing people with titles you feel comfortable with. RESPECT." 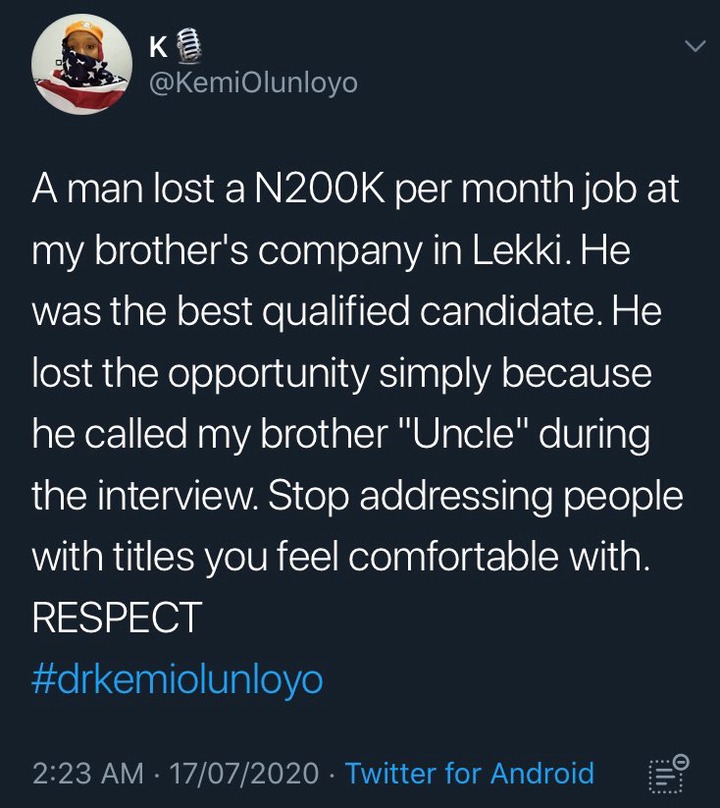 Reacting to this, a man has called out her brother as just being full of pride. In his post, he said, "Its pride. Its not anything else. I don't see an issue in him calling his boss uncle. Nigerian bosses think play God all the time."

Another man had this to say, "As much as I understand that the young man erred, I think your brother was also heartless for not understanding where the young man was coming from.

Your brother could've simply cautioned him and then won a valuable and consequently loyalty employee. Your brother's loss." 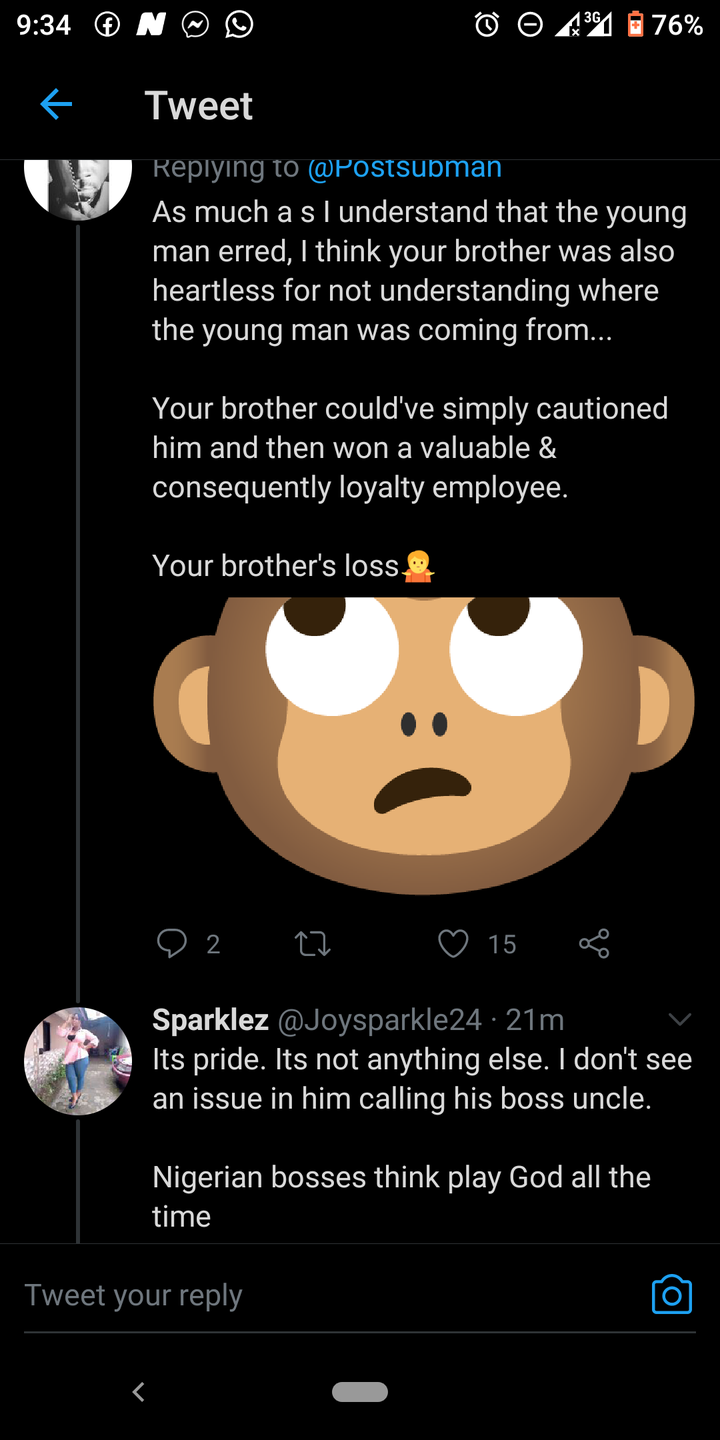 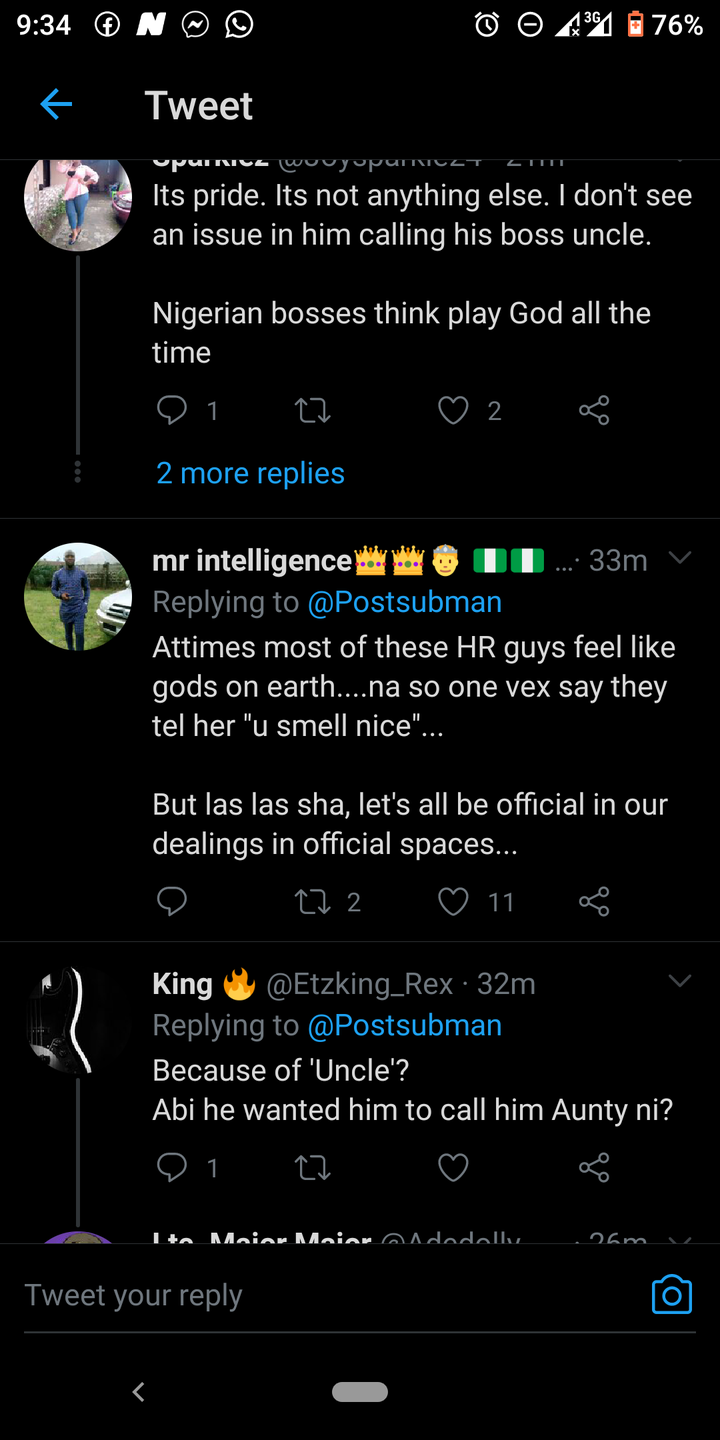 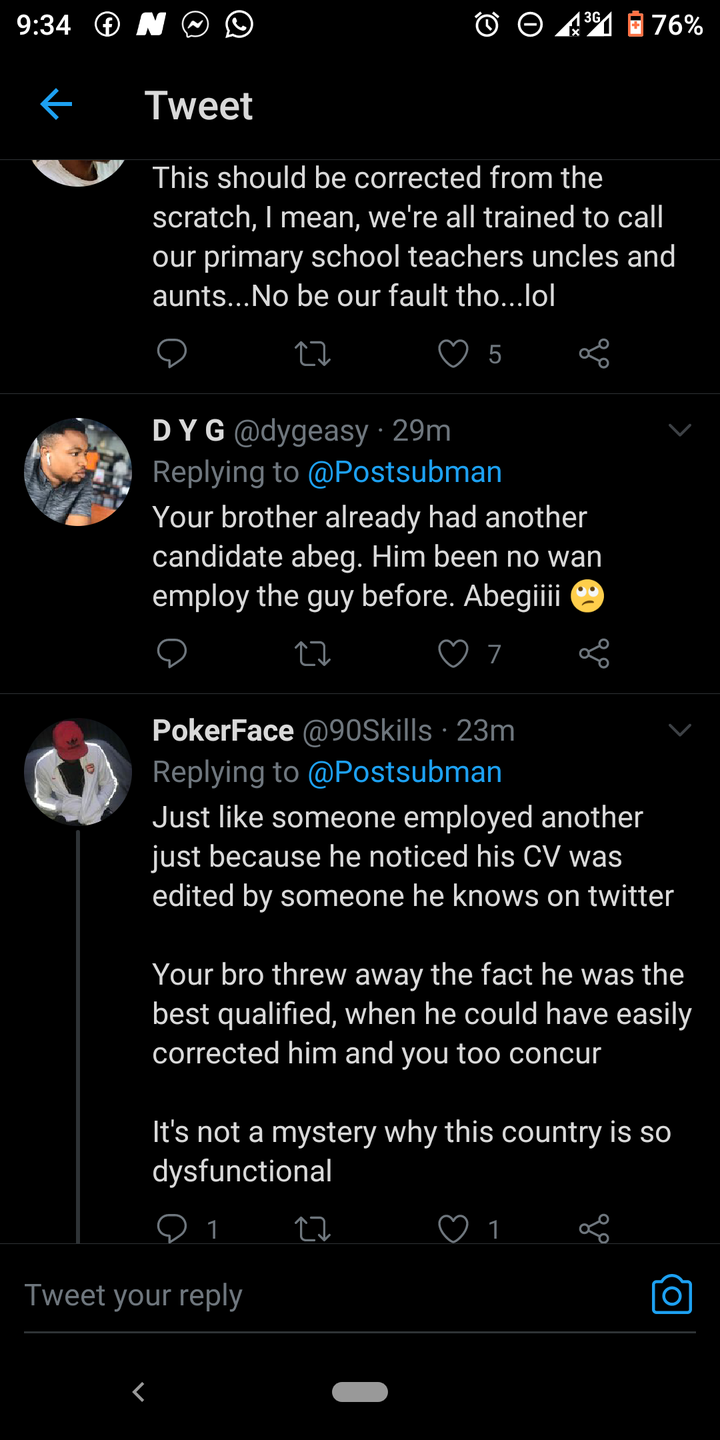 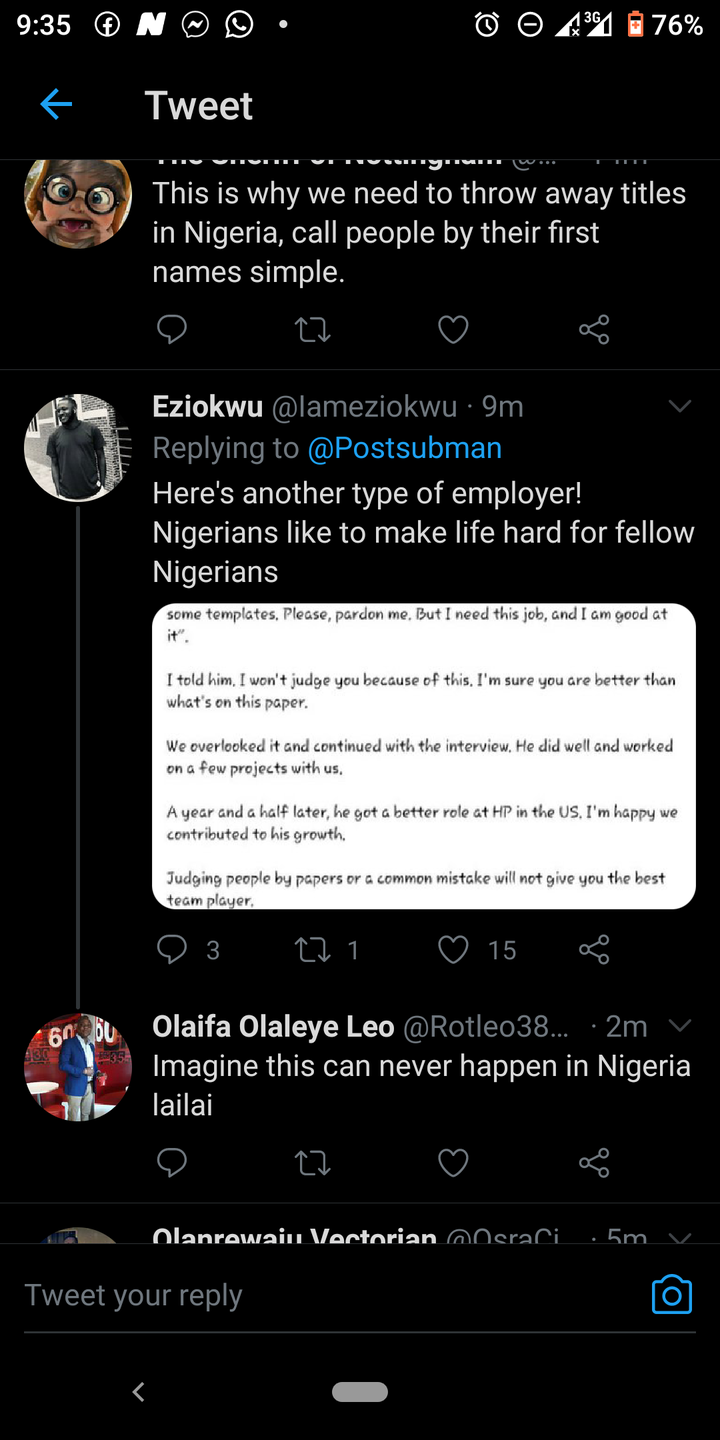 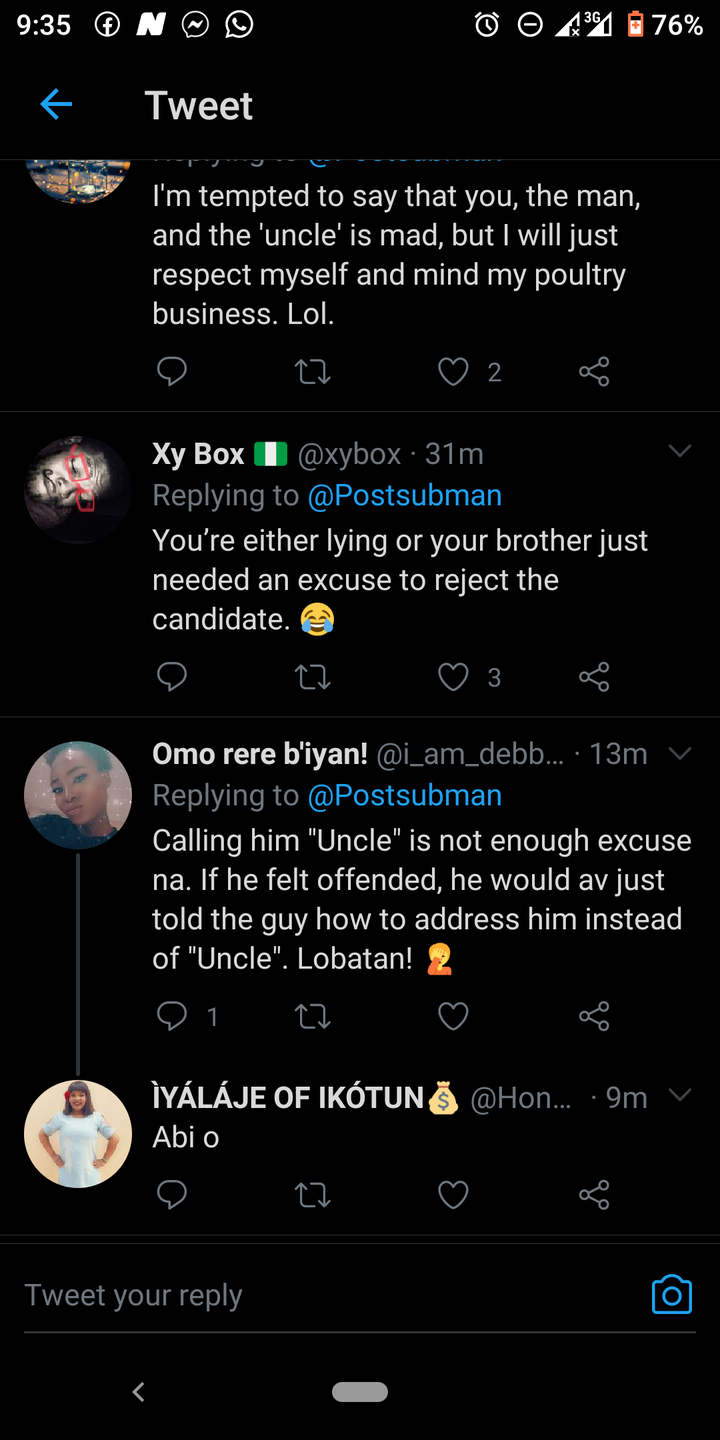 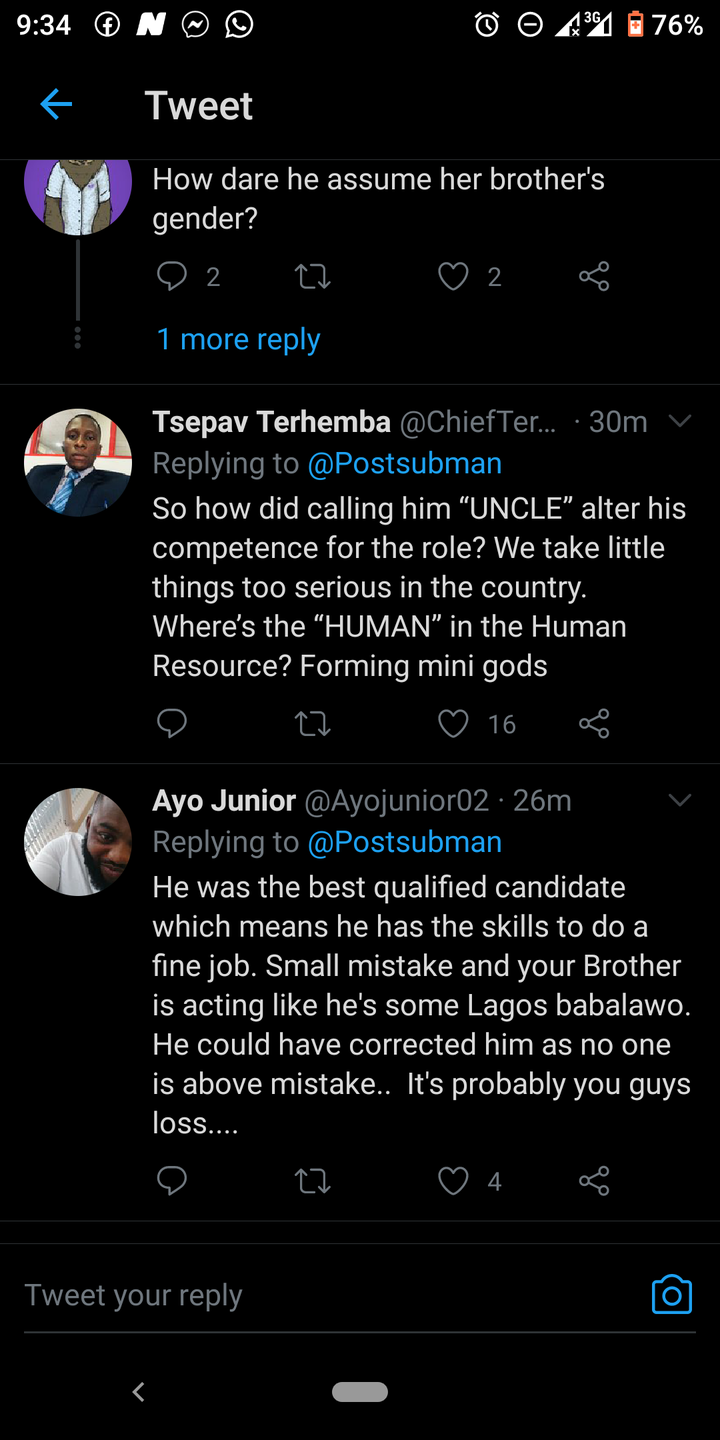