By MarioThePlug (self media writer) | 1 year ago

The Niger state police command have arrested two men for killing and cutting into pieces, an 18-year-old girl in Effa village in Lavun Local Government Area.

According to a statement released by the spokesperson of the state police command, Wasiu Abiodun, SARS operatives arrested the two suspects whose name were identified as Abdulkadir Alh. Ibrahim and Abubakar Idris.

These criminals allegedly conspired among themselves to deceive a little girl named Hauwa Saidu, into the bush where she was killed and butchered with cutlass.

Wasiu Abiodun stated that some parts of the dead body were taken away to an unknown place while her remain was left in the bush.

He also said that some of the body parts were recovered from the suspects too. The arrested suspect also confessed to the crime they committed.

Wasiu said that these criminals will be charged to court as soon as all investigations are being carried out. 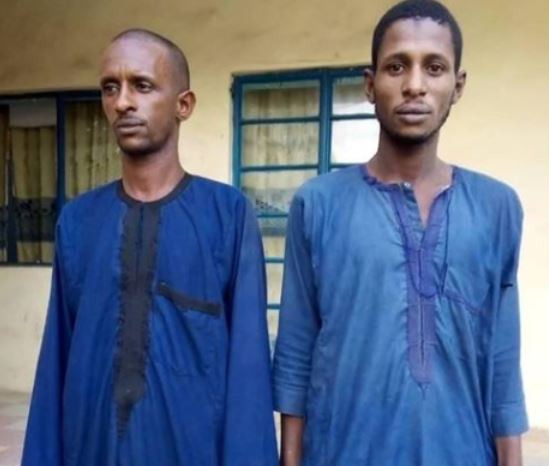 Content created and supplied by: MarioThePlug (via Opera News )

Policeman Returns Over 200k Lost By Trader In Osun State

Things You Need To Do When Arrested By The Nigerian Police.