5 Things Covetousness Can Do To You, No Matter Who You Are.

5 THINGS COVETOUSNESS CAN DO TO YOU, NO MATTER WHO YOU ARE!!! 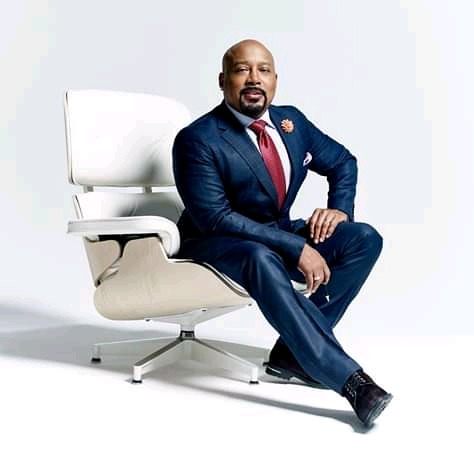 A man who was my classmate in Junior High School could not complete his secondary education for some reasons. When we met about 25 years later, he had grown into a very sick man. I was so concerned about him that I quickly offered my friendship which he was very reluctant to accept. When I asked him why he did not want to accept me as his friend, he said he did not deserve it. Then I suspected that he was trying to get rid of me. When I insisted to be his friend, he accepted me. He later told me his story which is very relevant to this message. Before I share the story with you, I want to briefly explain 5 things which covetousness can do to anyone; including Christians.

Those things are found in 1 Timothy 6:6-10. The passage says, “Now godliness with contentment is great gain. For we brought nothing into this world, and it is certain we can carry nothing out. And having food and clothing, with these we shall be content. But those who desire to be rich fall into temptation and a snare, and into many foolish and harmful lusts which drown men in destruction and perdition. For the love of money is the root of all kinds of evil, for which some have strayed from the faith in their greediness, and pierced themselves through with many sorrows. ”

2. Covetousness can trap anyone into foolish and harmful lusts like walking against the will of God as in Romans 12:2 or walking in the flesh as in Galatians 5:16-21.

3. Covetousness can lead to destruction of souls and perdition in hell as in Revelation 21:8.

5. And finally covetousness can lead even a Christian away from faith in Jesus Christ, piecing them with many sorrows.

It was after I preached to my friend that he understood that I am into the ministry of teaching the word of God. Then he decided to tell me his story, which emphasised the above points on covetousness.

According to him, after he dropped out of school, he went into playing football and gambling. At first, he made some money with which he lured ladies into bed and impregnated one of them who later gave birth to a girl. He later became so wrecked that he had to do some menial jobs before he could afford to feed himself. He was working in a hotel one day when he saw a “very young man, majestically coming out of a sports car with a very beautiful lady into the hotel.” They have come to lodge in the hotel. There and then he vowed that he must get rich by all means. That was how he began his journey into crimes. He moved from one petty crime into bigger ones until he became hardened criminal who was declared wanted dead or alive. He was later arrested and thrown into prison where he became sick. He was released from prison the prison when it was apparent that he could not survive. It was at this point I came across him.

He said something the last day I met him before he eventually died, which is, “Pastor, what is actually making me afraid to die is that I have committed so much crimes that it is hard for me to believe that God will ever forgive me.”

I was moved with the tearful way he said that. I got the small Bible I always carried with me then and opened to the passage in Isaiah 1:18, where the Lord says, “… though your sins be as scarlet, they shall be as white as snow; though they be red like crimson, they shall be as wool.” I read and explained the passage to him and added, “As far as God is concerned, once He forgives us our sins, He forgets them and sees us as innocent persons who did not commit the sins. He does not even remember our wrongs even if we remember them…”

After praying with him in his lonely room, I left. The next thing I heard after that was that he was dead. He was barely forty when he died.

I pray that as many as have read this message would not be carried away by covetous spirit from the presence of the Lord in Jesus name.