By Rainbownews (self media writer) | 2 years ago 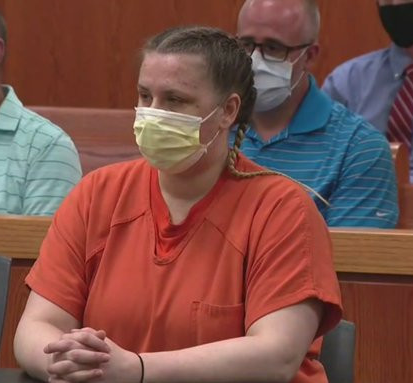 A 37-year-old woman has been sentenced to 35 years in prison for killing her son with shower head. According to report, the 37 years old woman is identified as JoAnn Cunningham. She killed her son by beating him to death for soiling himself.

During the trial, the convict pleaded guilty to the murder of her son, Andrew AJ Freund. According to the terms of the sentencing, the convict must complete her full sentence. She is required to serve an extra 3 years supervised release. She is expected to register as someone who has committed violence against children.

According to reports, the convict and her husband reported that their son was misding. After the report, police started investigating the missing case. After some investigation was carried out, police found no trace to suggest that the boy had been kidnapped.

As the investigation progressed, the police found a video which showed when the boy was seen laying on a bare mattress in a crib in his room. In the video, the convict was beating the boy for urinating on his bed. The boy's body was covered with bruises. The convict later confessed to the crime and showed the police where the boy was buried.

Content created and supplied by: Rainbownews (via Opera News )