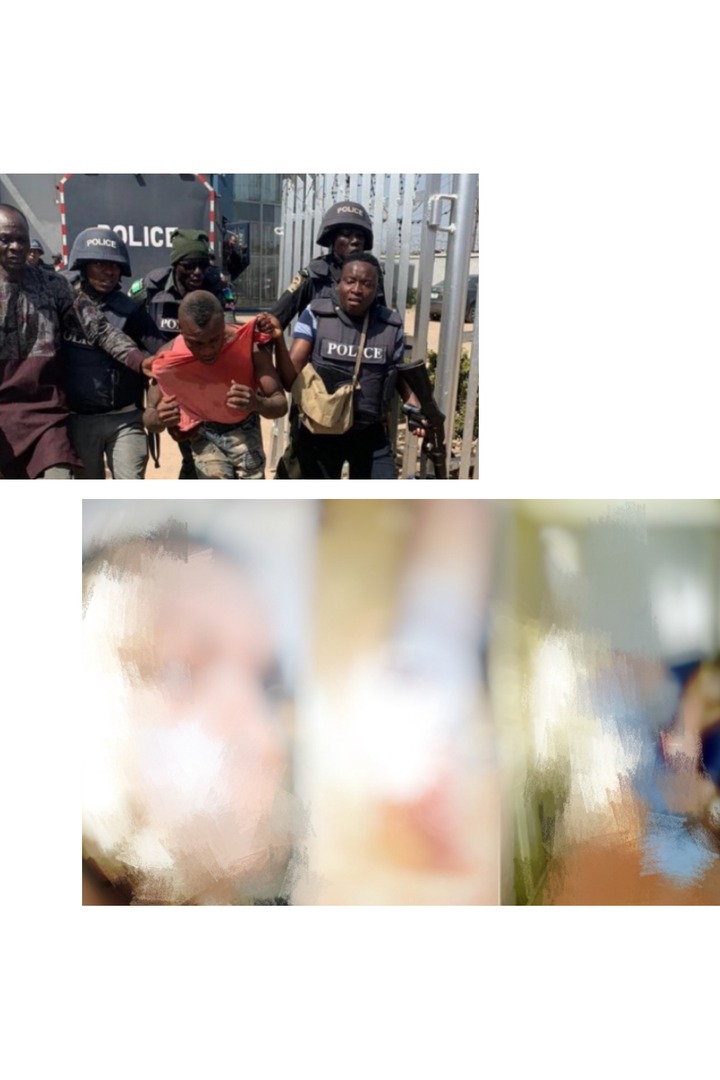 Gunmen numbering about 10, suspected to be land-grabbers and armed to the teeth, invaded Owolabi Estate in Ota, Ogun State on bikes as they started shooting sporadically, scaring people away.

However, the invaded thugs met a stiffed resistance as they couldn't gain access into the site after being engaged in a shoot out with the police.

They became provoked and started shooting at everyone they sighted at the construction site, no less than 7 men have sustained a gunshot wound while several other residents who had to flee for dear life got hurt in the process.

However, the gunmen were said to have taken to their heels upon the superior firing power of the police, after the security operatives invaded the scene through a distress call by residents of the area, who felt threatened by the thug's invasion.

Police through their frantic effort, arrested in the process 3 of the thugs, who were allegedly part of the land-grabbers during their invasion.

Those thugs arrested by the police were Rufai Adulkareem, Wasiu Oladipupo Ajayi and Tobi, who allegedly named their sponsor that was also declared wanted by Ogun State Police Command.

Items found with the thugs were 1 locally made pistol, some live cartridges and an expended cartridge which was used by the suspects when they launched an attack.

However, residents of the area are apparently living in fear after the terror being unleashed by the invaded thugs. Their fear rest on the threat being promised them by the invading thugs, who told them it was just the beginning.

According to Lateef Akanmu, a resident of the area said he was survived by God and providence, if not, he would have been hit by a stray bullet being fired by the thugs.