The killing of Osama bin Laden.US most wanted criminal

By NewsBlitz (self media writer) | 2 years ago 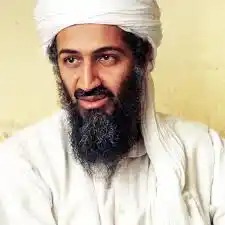 Osama bin Laden was born in Riyadh, Saudi Arabia in 1957. He was the 17th of 52 children born of his father Mohammed bin Laden, who owned the largest construction company in the Saudi kingdom. Osama went to school in Jiddah, married young and, joined the Islamist Muslim Brotherhood.While he was at college in the late 1970s, he became a follower of the radical pan-Islamist scholar Abdullah Azzam, who believed that all Muslims should rise up in jihad, or holy war, to create a single Islamic state and he travelled to Peshawar, a Pakistani city on the border with Afghanistan, to join the bad group. They became fighters by using their connections to win financial and moral support for the Afghan rebels. They also encouraged young men to be a part of the Afghan jihad. Their organization, called the Maktab al-Khidamat (MAK) served as a global recruitment network,it had offices in places as far away as Brooklyn and Arizona,and provided the migrant soldiers, known as “Afghan Arabs,” with training and ammunition.

Osama bin Laden created a new group, called Al Qaeda in 1988 that would focus on symbolic acts of terrorism .In 1989, Osama bin Laden returned to Saudi Arabia to raise funds for his new mission. However, the Saudi royal family feared that bin Laden’s fiery pan-Islamist rhetoric might cause trouble in the kingdom, and so they tried to keep him as quiet as they could. They took away his passport and spurned his offer to send “Afghan Arabs” to guard the border after Iraq invaded Kuwait in 1990. Then, adding insult to injury, they sought help from the “infidel” U.S. instead. Furious about being snubbed, bin Laden vowed that it was al Qaeda, and not the Americans, who would one day prove to be master of this world.

Osama bin Laden left Saudi Arabia for the more militantly Islamist Sudan. After one more year of preparation, al Qaeda struck for the first time, an explosion in a hotel in Aden, Yemen, that had housed American troops on their way to a peacekeeping mission in Somalia.No Americans died in the blast, but two Austrian tourists died

Osama bin Laden and his associates embraced violent jihad. they trained and armed the Somali rebels who killed 18 American servicemen in Mogadishu in 1993. They were also linked to the 1993 bombing of New York’s World Trade Center; the bombing of a U.S. National Guard training center in Riyadh that same year; and the truck bomb that destroyed the Khobar Towers, an American military residence in Dharan, in 1996. bin Laden moved from Sudan to Afghanistan in 1996. Meanwhile, the scale of al Qaeda’s attacks continued to increase. On August 7, 1998, bombs exploded simultaneously at the U.S. Embassies in Nairobi, Kenya, where 213 people were killed and 4,500 were injured, and Dar-es-Salaam, Tanzania, where 11 people were killed and 85 were injured. Al Qaeda took credit for the bombings. Then, on October 12, 2000, a small boat loaded with explosives plowed into the hull of the U.S.S. Cole, an American naval destroyer docked off the coast of Yemen. 17 sailors were killed and 38 were injured.

United States indicted bin Laden on charges related to the embassy bombings, but with no defendant there could be no trial. Meanwhile, al Qaeda operatives were busy planning the biggest attack of all: the September 11, 2001 attacks on the World Trade Center and the Pentagon.

For almost ten years, he remained in hiding because he was been declared as the moat wanted criminal in the US.He started issuing taunts over radio and television, recruiting interested young jihadis to his cause and plotting new attacks. Meanwhile, the CIA and other intelligence officials searched for his hiding place.

How he was killed

On August 2010, they traced bin Laden to a compound in Abbottabad, Pakistan, about 35 miles from Islamabad. For months, CIA agents watched the house while drones photographed it from the sky. Finally, it was time to move. On May 2, 2011 (May 1 in the United States), a team of Navy SEALs burst into the compound. They found the al Qaeda leader in an upstairs bedroom with a pistol and an assault rifle nearby and shot him in the head and chest by US navy seal offocer Robert james. His body was later disposed into the indian ocean.