1. Around the turn of the 20th century, many British soldiers were superstitious about writing formal wills before they went into battle. As such, many ended up scribbling them hastily on anything they could find when facing their final moments… 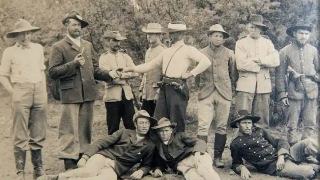 One soldier wrote this message on a rock with his own blood: “I want mother to have all.” Similarly, there were reports of other soldiers writing their wishes on gloves, playing cards, even bayonets. These makeshift wills were a legal nightmare, and in 1915, it was reported that the need for lawyers had tripled.

2. “My family—it hurts, it hurts—please live like there is no 2moro ever ever ever… Thank you for being beautiful creatures of this world. Thank you for looking after me.” This was the note left behind by 33-year-old Nadine Haag of Australia, who was found dead in her bathtub in 2009 alongside a razor and a bottle of painkillers. Nadine’s case remains shrouded in mystery: Nadine was embroiled in an intense custody battle with her ex-partner. Her family—particularly her sisters—insisted that he killed her. This was largely due to the discovery of another note found at the scene of the crime that read: “HE DID IT.” 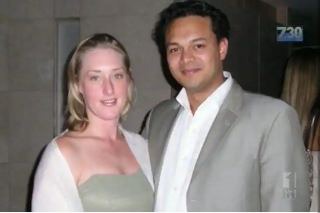 Apparently, the police misread it as “HEADED IT” and stored it with other evidence deemed unimportant. In 2013, however, New South Wales coroner Paul MacMahon overturned the suicide verdict and stated “[he] had a motive to harm Nadine, had the opportunity to do so, and lied about his whereabouts in December 2009.” A full investigation has since launched.

3. Everybody knows about the attacks on Pearl Harbor in Hawaii on December 7, 1941, but few are aware of the tragedy that occurred in Wake Island on December 23rd… 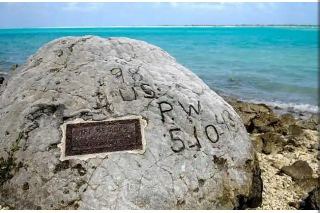 The Japanese captured the American military base there, transferring a majority of them to prison camps elsewhere. However, the 98 American soldiers that remained on the island, were executed by the Japanese as soon as the U.S. retaliated in 1943. One unknown soldier did manage to escape and dedicated this makeshift memorial to his fellow comrades. He was later found and beheaded by the Japanese admiral himself, but the rock and its marking, “98 US PW 5-10-43“, remains intact to this day.

4. “I would like to send to my family in Bassada a sum of money. Please excuse me and goodbye. This is the end of my life in this big Moroccan sea.” In May 2006, a yacht was discovered 70 miles off the coast of Barbados… filled with the partially petrified bodies of 11 young men. 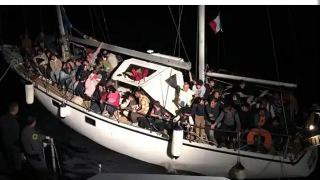 Apparently, the craft set sail from the eastern coast of Africa four months prior; the men paid $1,800 each to be smuggled into the Spanish-owned Canary Islands. They were joined by at least 40 other people, all of whom had fallen into the ocean.

Many of the victims wrote letters just before their final, desperate moments. Another note read: “I need whoever finds me to send this money to my family. Please telephone my friend, Ibrahima Drame.” On March 4, 1908, 25 miners were underground in the Hamstead Colliery mine in England when a fire started. Unfortunately, everyone that was trapped perished. A week later, their bodies were found huddled together, with this scratched into a wooden board above them: “The Lord preserve us… for we are all trusting in Christ.”