But it would be over 60 years before Frank Abagnale Jr. stood on the red carpet with Leonardo DiCaprio, the megastar set to portray him in Steven Spielberg’s latest project. He started out far, far away from the spotlight.

On April 27, 1948, in Bronxville, New York, Frank Abagnale Jr. was born. He was the third of four children for Paulette Abagnale and Frank Abagnale Sr. The parents met in Algiers, Algeria, amidst the Second World War, when Frank was stationed in Oran, below. 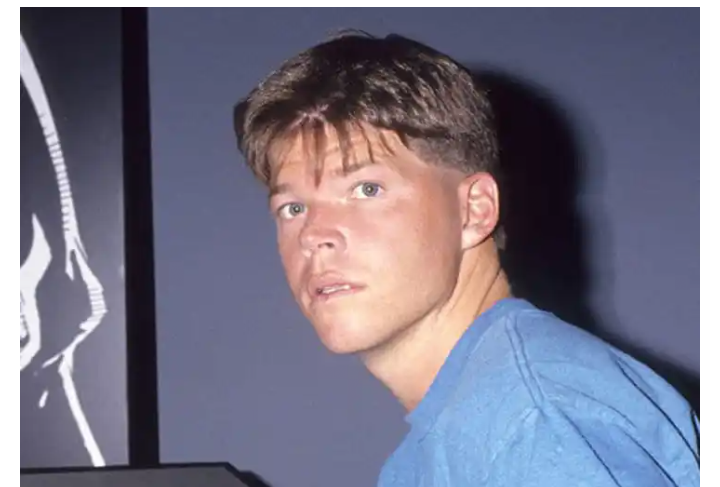 The two were only teens when they wed. And when the war was finally over, they moved to New York, where Frank Sr. decided to start a business for himself. Life was good for the Abagnales.

Frank Jr., right, was close with Frank Sr. The older Frank traveled extensively because of his dedication to the Republican party. Unfortunately, these absences weighed on the family, and Paulette filed for divorce.

This was the moment when Frank’s life changed. His family life became chaotic and unstable. His father wanted to work things out, though Paulette was done trying. The entire family was shifting into a new phase of life.

Frank Jr. moved in with his divorcee father and came along with him while he maintained the family business. This is where young Frank began to understand white-collar transactions — not all of them squeaky clean.

As Frank grew up, he began to shoplift and commit other smaller crimes. Quickly, he mastered this craft and decided to move on to bigger and better burglaries. Here we go. Get ready for things to take off.

Frank decided to steal his dad’s gas credit card for his first big scam. He went to gas station workers and convinced them to give him some of his sale in cash and in return they’d get to keep a piece of it too.

Once Frank Sr. got his credit card bill, the scam fell apart. Frank Jr. had spent thousands of dollars in a short period of time. Unfortunately, he had no idea his dad was in deep debt, and this weighed heavily on him.

Paulette punished Frank Jr. by sending him to a school for troubled boys. At 16, the tension became too much, so Frank Jr. left home. He had very little money to his name and no education. He didn’t have many options.

To get a better job, Frank changed the age on his driver’s license. And in interviews he lied about his education level, so he could earn more money working. Still, he was barely making anything.

Eventually, he realized that writing bad checks would get him much more funds. He quickly wrote hundreds of bad checks and overdrew his bank account by thousands. The cops were on to him, so Frank decided to hide.

Frank still needed money, so he started making up even more wild stories to tell bank workers. He thought a pilot would be a great cover for him. They have a professional appearance, which people trust, and Frank knew he could exploit.

First, Frank got a pilot’s uniform by calling Pan American Airlines’ headquarters and explaining he’d lost his uniform. Then he picked up a “new” one and created a fake employee I.D.

Next, Frank took the time to learn about flying. He pretended to be a student writing a story about Pan Am, which gave him even more information about impersonating a pilot. Things were taking off — literally.

Frank used his disguise to ride on planes all over the world, but, once again, was quickly found out by Pan Am. To escape their scrutiny, Frank masqueraded as a doctor in Georgia. Once again, Frank became another person.

A visiting doctor invited Frank to come with him to the hospital and reportedly, Frank was hired there. He worked at the hospital for a short period of time, before leaving for his next location.

For two years, Frank flitted from one job to the next, eventually settling in Montpelier, France. He wanted to give up crime and be a white-collar businessperson, but an ex-girlfriend turned him in to the police.

Frank spent time in a French, Swedish, and finally an American prison. The FBI made a deal with Frank Jr. — to earn his freedom, he had to work with the organization to teach them about his fraudulent methods.

In the end, Frank worked with the government for more than 30 years and eventually started his own company, Abagnale & Associates. They specialize in educating the public on fraud. How ironic.

Still, most of the information about Frank’s life is from his autobiography, Catch Me If You Can. He later clarified that some of the details in the book were enhanced to create a stronger story. He may have conflated his story with another of history’s greatest con men.