Unanswered questions on the killing of Benue warlord, Gana

By cazo (self media writer) | 1 year ago 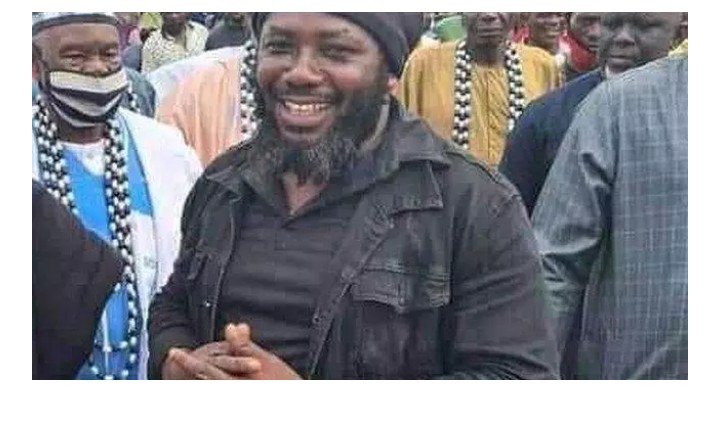 The gruesome extra judicial murder of Mr. Terwase Agwaza, (aka Gana) on the 8th September 2020, to say the least, sent shock waves of signals through my spines. This was not because he was not a notorious leader of a criminal gang, but because of the consequences of the manner of his brutal killing by the Nigerian military. I know, for sure the looming dangers of the killing outweigh the hurried injustice perpetrated by the federal troop.

History is the best teacher in this regard. On one hand, we all know what happened immediately Mohammed Yusuf, the Boko Haram leader, was extra-judicially murdered by the Police after he was captured and handed over by the Nigerian Armed Forces: a Shekau, physical and metaphorical, emerged and we are still living with the horrific consequences of such irresponsibility.

On the other hand, we once had the dreaded militants pervading the landscape of the Niger Delta. The Late President Musa Ya’Adua offered an olive branch in the name of the most comprehensive amnesty programme in the history of this country. When Goodluck Jonathan took over the reign of governance, he implemented the programme in full measures, including the award of contracts in billions of naira to the repentant militants. The wisdom paid off as militancy was decimated and the Nigerian economy became the greatest beneficiary.

From the Gana incident, however, it is very clear that our security operatives have exercised a wrong knowledge of history. If not, how could they have murdered a man who had surrendered himself and his group to the negotiating table, and with a great possibility that he could have voluntarily assisted in bringing out some hidden facts about criminal activities in the Benue-Nassarawa-Taraba axis?

It was even reported that the Federal Government had a time placed a ten million naira bounty on head, and yet, it did not work. This time around, it is on record that the Benue State Government, traditional and spiritual leaders in the Benue North-East Zone had arrived at an achievable deal with the Gana group after a botched similar arrangement in 2015. That is why, five years later, Gana came out of hiding, surrendered to the traditional rulers, clergies and the Governor of Benue state, to give peace a chance once and for all. From the indications of things, especially the turning in of arms and ammunitions, his manifest surrender at the Akume Tongu Stadium in Katsina-Ala in the early Hours of 8th September was indeed a sign of the return to normalcy in the area.

Alas, we never knew there was a crudest version of hidden joker in the pack: the amnesty convoy was ambushed by men of the Operation Ayem Akpatuma in Gboko, and Gana was brutally murdered. The convoy which included Gana, his boys and the surrendered arms, was on its way to meet Governor Samuel Ortom.

Even if it was the choice of the Government to prosecute Gana in spite of the amnesty programme, is our law not on the side of the protection of the rights of a supposed criminal until proper trial and conviction? Not so with Gana! He was not allowed to enjoy the provisions of the law bordering on human rights as prescribed by our criminal justice system. Worst still, even criminals at the point of execution are obliged all fair hearing. How was the case of Gana who had already surrendered his weapons different? To cover a repugnant act of unprofessionalism, they said he died in an exchange of gun fire. Ridiculous!

But the point is that, the military or whosoever directed the killing has destroyed the peace Benue, Nasarawa and Taraba States would have enjoyed. The person has licensed whatever remains of the Gana group and an army of willing new recruits to return to the trenches and never to return to the negotiating table. That same person aborted the very important information that Gana would have shared to solve the long ranging conflicts involving farmers and herders in the area. His surrender would have provided useful information that would have ended kidnapping and armed robbery in the area. But they murdered him, and murdered peace.

This happened in a country where government has treated criminals in certain regions with kid gloves. We are living witnesses to the way and manner in which Boko Haram fighters are pardoned on daily basis. Some are even recruited into the armed forces of this country.

For the Benue-Nassarawa-Taraba axis conundrum to be addressed in the wake of the Gana killing, an independent judicial commission of enquiry must be put in place to unravel the mystery surrounding the dastard act. It is only through such that the repugnant injustice done can be converted into a platform for sustainable peace in the area. Otherwise, the future of peace is farther from reassured.

Content created and supplied by: cazo (via Opera News )