Man Commits Suicide Inside Road Safety Office After He Could Not Raise N215,000 to Bail His Truck

By Zilonaija (self media writer) | 2 years ago

Man commits suicide inside a road safety office. This he did because he could not raise the fine he was charged to bail his truck. 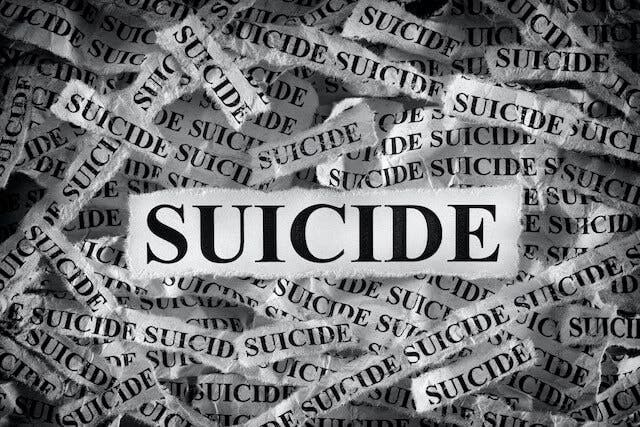 There was commotion in Abeokuta yesterday, Monday 20July, 2020 as a man identified as Fatai Salami drank an insecticide that has been believed to be the number one suicide mixture on the country. The insecticide is known as 'Sniper'. It has killed a numerous number of people, ranging from students, to couples, down to workers.

Fatai died at the premises of the Ogun State Traffic Compliance and Enforcement (TRACE) center.

According to Vanguard, the News Agency of Nigeria (NAN) were informed that Salami was allegedly asked to pay a fine of N215,000 for violation of the Covid-19 lockdown directives in the State.

Fatai's truck was said to have been seized by the TRACE agents for about five days in Abeokuta. He was allegedly asked to pay the fine of N215,000 or forget truck.

Reliable sources disclosed to NAN that the TRACE officials seized the Fatai's truck from his driver in Abeokuta on Thursday for failing to abide by the Covid-19 Lockdown orders which includes social distancing and not wearing facemask.

Same source said he had came to plead with the Officials o er release of the truck but it was a fruitless mission.

They said that continuous pleading and being dragged around by the TRACE officials led him to opting for the poison.

Mr. Babatunde Akinbiyi, the Public Relations Officer of TRACE confirmed the death of the deceased in Abeokuta at the TRACE premises yesterday.

However, Akinbiyi noted that the deceased was neither the truck driver nor the owner.

"The man was neither the truck owner not the driver. One of our officilas and people around saw him siitingbon the floor and they asked him to stand up. As he stood up, he brought out something from locket an drank it."

"It was later on, after he had lost consciousness and was being rushed to the hospital that we looked at what he drank and found out it was sniper."

"One of his bosses who also stood around saw him drink it and screamed but before they could reach out to him, it had gone down his throat."

"After we rushed him to a nearby hospital in Ijaye, he couldn't make it back to live. We have reported the case at Ibara Police Station here in Abeokuta."

Vanguard also reported that he denied as well denied the allegation that TRACE charged Fatai a fine if N215,000 for flouting the lockdown rules.

The PRO said the allegation was a lie, that they only found out that Fatai was a manager to looked over a fleet of trucks awned by another person. He said the owner of the truck company had warned Fatai to either return the seized truck or risk losing his job.

"We can't say, but may e that's why he committed suicide. He chose to die than lose his job. It's so sad and unfortunate"

"So, he was neither a driver not a truck owner, we don't know what he came here to do."

"Most of them normally come to the premises, so his case is not different. But whoever violates the lockdown rules will be fined and if the fine is too high for him to lay, he has the right to report the agency", Babatunde concluded.

Nigeria is just getting funny everyday. May God help us all.