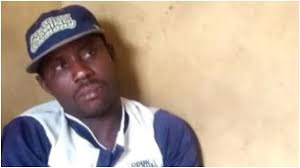 Oluwatosin Abowaba (A.K.A. Maja), a notorious armed robber terrorizing the people of Ogun state, especially Mowe and Ijebu, the suspected robbery kingpin said he is responsible for the stealing of motorcycles in Ijebu and Mowe areas of Ogun state. That after he might have stolen it, he will sell it to interested buyers. 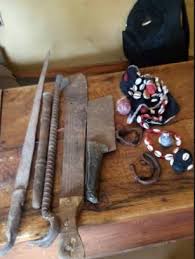 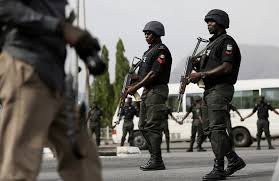 He further said that, the So-Safe Corps, have proper intelligence and techniques,that is what made them to successfully arrest the criminal Oluwatosin Abowaba( A.K.A. Maja), who has being declared wanted by the Ijebu and Mowe police division headquarters. He was arrested at about 06:00 hours on Wednesday, 15/7/2020.

The state commander of the Corps, Soji Ganzallo, had just in few weeks told the Corps to tried and caught this notorious armed robber, which the operation was successful and ensured this notorious criminal be transferred to a nearby jurisdiction of the police force. When he was arrested, different charms was found from him to support his criminal activities and weapons such as Cleaver knife, Crow bar and iron rods, this items were all recovered from him. He was taken to Mowe Police Divisional Headquarters for Further investigation.