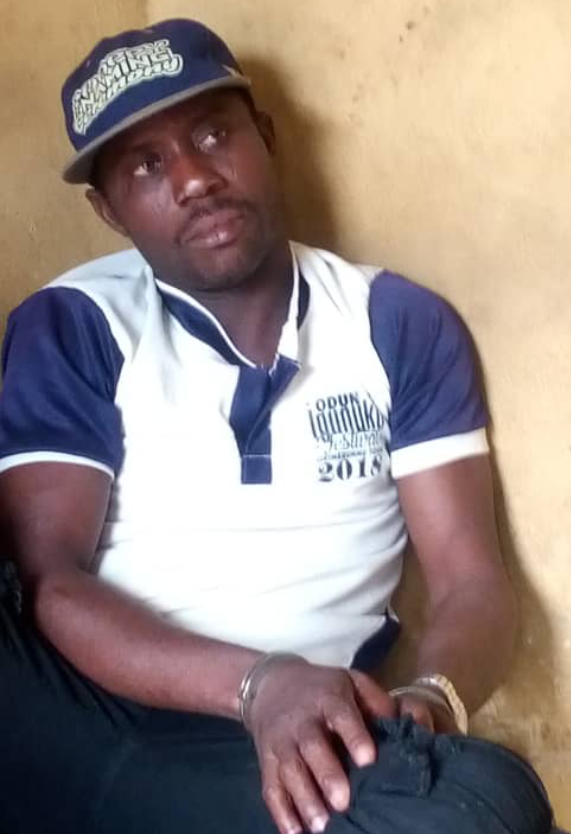 One Oluwatosin Abowaba has been arrested for allegedly being the leader of a group responsible for stealing motorbikes in Mowe and Ijebu axis of Ogun State.

Abowaba was arrested by the Ogun State security agency, the So-Safe Corps with charms and weapons.

In a statement on Friday, the Spokesperson of the So-Safe Corps, ACC Moruf Yusuf said the State Commander of the Corps, Soji Ganzallo, had few weeks back “ordered the Redeemed Division of the corps to ensure that this notorious robber be apprehended and transfered to the nearby jurisdiction of Nigeria police immediately."

According to Yusuf, the suspect is alleged to have involved in different cases of stolen motorcycles in both Mowe and Ijebu axis.

Abowaba, Yusuf said, had been mentioned by a gang of “apprehended criminals" in police custody. 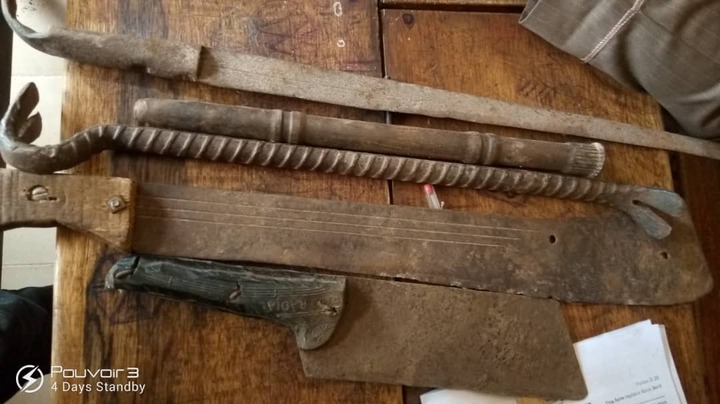 He said the gang claimed that Abowaba used to receive stolen motorbikes, while assisting in selling same to interested buyers.

“The gang further confessed that the suspect, Abowaba is the kingpin that used to successfully take every motorbike stolen in Mowe for Ijebu-Ode for sale," Yusuf informed. 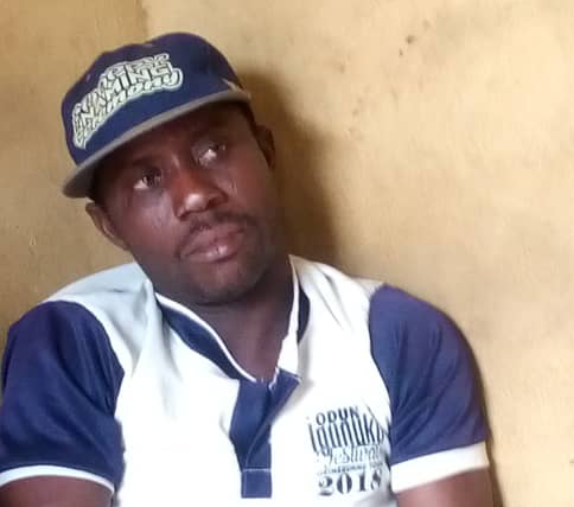 He said, “The So-Safe Corps, Redeemed Division, with proper intelligence gathering techniques, successfully got the crime suspect Oluwatosin Abowaba (a.k.a Maja), who has been declared wanted for one crime or the other by the Ijebu-Ode and Mowe Divisional Police Headquarters, arrested at Olowotedo, Mowe. 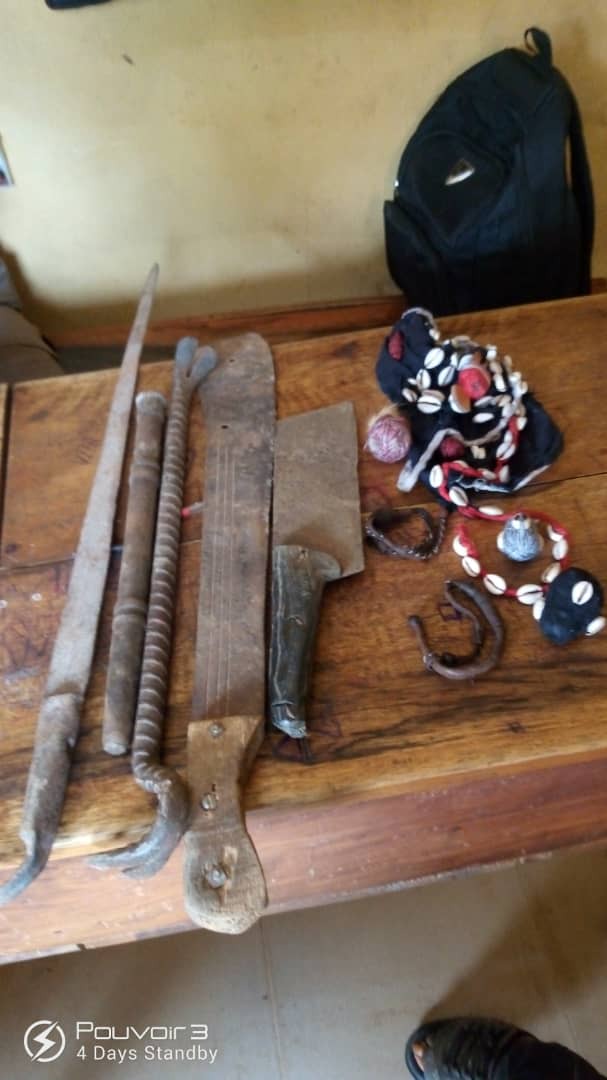 Items recovered from him him are “cutlass, cleaver knife, iron rods, a crow bar and different charms he may be using to support the weapons."

It was gathered that the suspect has been transferred to Mowe Police Divisional Headquarters for further investigation and likely prosecution. 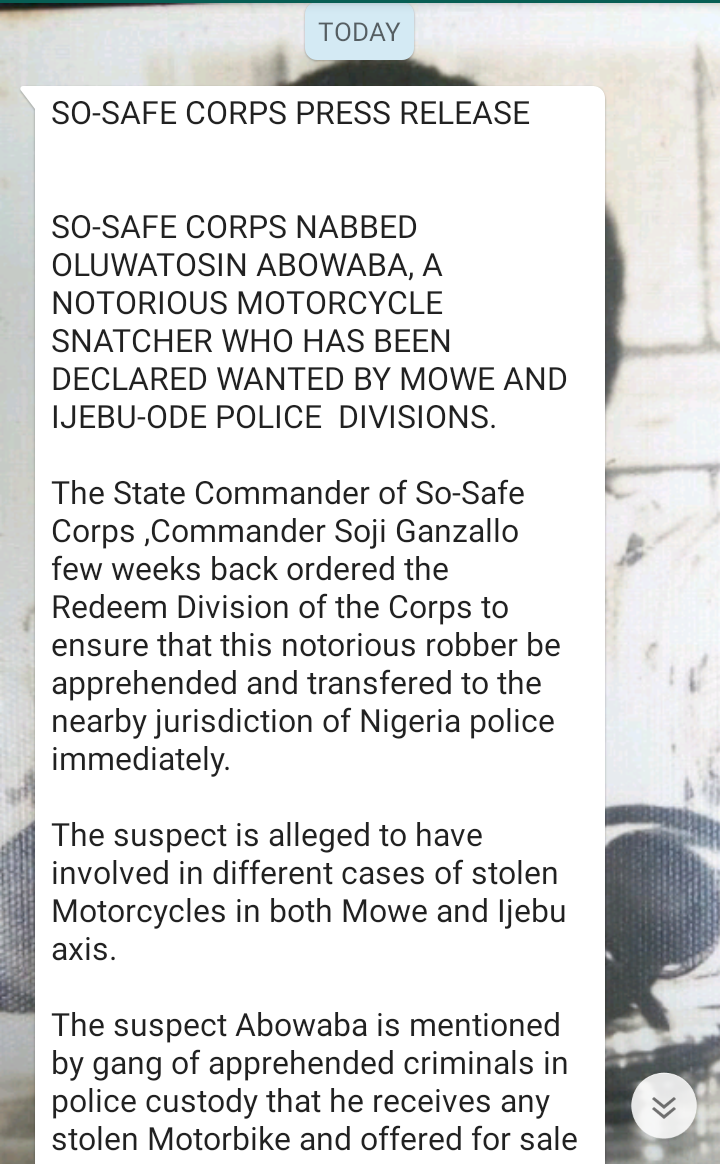