The Federal Government has arranged three more flights to evacuate Nigerians stranded in the United States due to the coronavirus pandemic. According to the Consul General of Nigeria in New York, Ben Okoyen, the third and fourth special flights are scheduled for July 17 and 28. Okoyen said both flights, operated by Ethiopian Airlines, would convey the evacuees from New Jersey to Abuja. 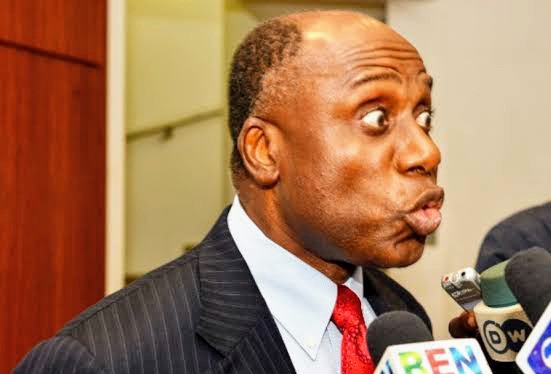 The Ekiti State Ministry of Justice on Friday published the details of another convicted sex offender, 66-year-old Bayo Akintewe, who was convicted by the State High Court in Ado-Ekiti. A statement from the office of the Ekiti State Attorney-General and Commissioner for Justice, Olawale Fapohunda, released a Public Notice on the status of Akintewe, who is from Ondo town. He has been convicted of raping a 16-year-old girl and is currently serving a five-year prison term at the Nigerian Correctional Centre in Ado Ekiti.

A 42-year-old man, Christian Obi, was on Friday arraigned for allegedly being in unlawful possession of 80 pieces of already sewn Army camouflage uniforms. The defendant, who pleaded not guilty, was brought on a charge of unlawful possession before an Ebute Meta Chief Magistrates’ Court in Lagos. Police prosecutor, Inspector Doney Raphel, told the court that the defendant committed the offence on July 5 along Olojo Drive, Ojo.

The leader of INRI Evangelical Spiritual Church, Primate Elijah Ayodele, has told the Nigerian Government how to ensure victory for Dr. Ngozi Okonjo-Iweala as the Director General of the World Trade Organisation. Okonjo-Iweala, Nigerian’s former Minister of Finance and later Minister of Foreign Affairs, was nominated by President Muhammadu Buhari for the position. Primate Ayodele, who spoke in a telephone interview with newsmen on Friday, said if all African leaders can reach a consensus and nominate her, she will be victorious because she is the best candidate for the job.

A Chief Magistrates’ Court in Ebute Meta, Lagos State on Friday ordered that an officer of the Nigeria Security and Civil Defence Corps, Oluwafemi Emmanuel, 42, who allegedly stabbed a Police Inspector to death, be remanded in a correctional facility. Emmanuel is charged with homicide. The Chief Magistrate, F.M. Kayode-Alamu, did not take the plea of Emmanuel. Kayode-Alamu ordered that Emmanuel be remanded in Ikoyi Custodial Centre, pending legal advice.

Prof. Felix Akpa, Director General of the National Biotechnology Development Agency, says the RNASwift extraction kit for COVID-19 diagnosis developed by a Nigerian scientist is the first in Africa and ready for production. The RNASwift kit for now is the only one in Africa and has been fully validated by three independent national agencies. Akpa, who spoke in an interview with the News Agency of Nigeria on Friday in Abuja, listed the three independent national agencies.

The Central Bank of Nigeria on Friday in Abuja said it would intensify its support to farmers to meet the production of 12.5 million metric tons of maize in the country in the next 18 months. Yusuf Yila, Head, Development Finance Department, CBN, said this at the stakeholders’ meeting of Maize Growers Processors and Marketers Association of Nigeria. The meeting focused on strategies for effective implementation of 2020 wet season CBN-MAIZE Anchor Borrowers Programme.