How will anyone for whatever reason attack an officer in uniform? People need to learn how to behave themselves on the road with uniform men, so that they don't get into a more serious problem. Assault on an officer is a crime anywhere in the world, even an officer doesn't have the right to assault a citizen no matter the circumstance, I don't think it's right for an officer to be attacked. Some times also, the way and manner these officers carry out their functions too, infuriates the public and some of them gets to fight back these officers as a way of defending themselves. I watched a video sometime ago of how some people beat up some custom officer to the point of injuring them, for killing a citizen, whom they stopped and demanded some bribe from and when he refused, they killed him instead before other people who were there at the time, descended on them and inflicted on their bodies some wounds.

An incident happened on Sapele Road, Warri, Delta State. Showing the video of a man who was seen sitting on the van of the Federal Road Safety Corps, for allegedly seizing his vehicle for an offense he committed, while the officers were busy talking with themselves, he stood on the bonnet the van and was insulting them for delaying him 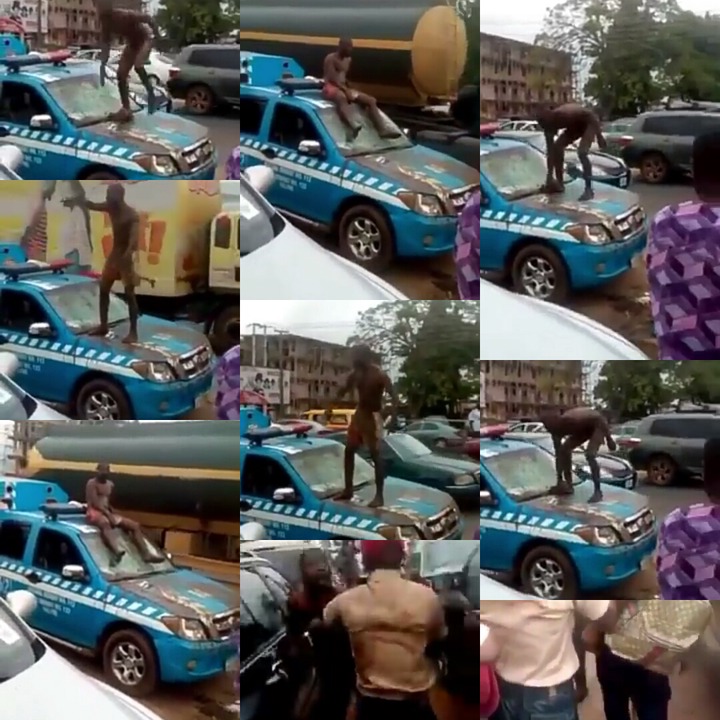 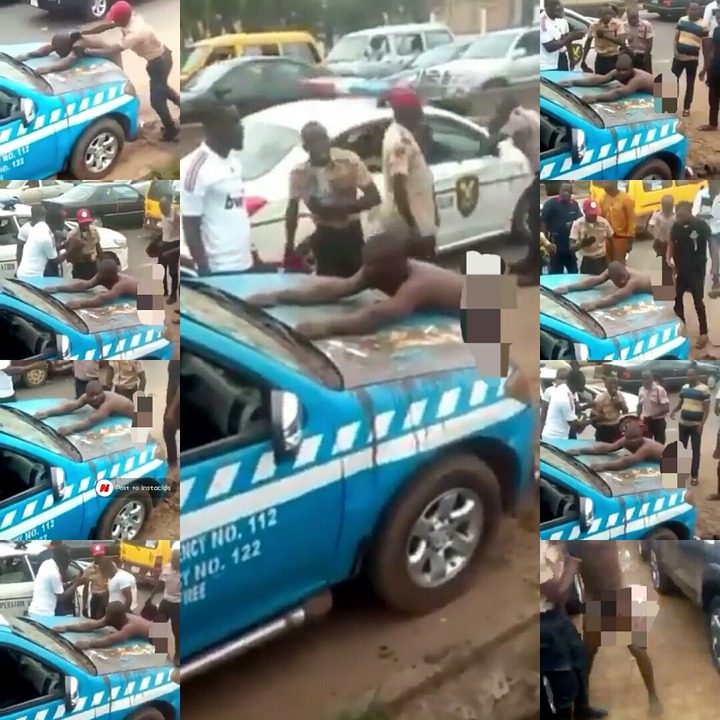 The man recording kept saying in pidgin, "road safety una don buy market today. Una own don too much for this Sapele road sef", another man said to him "why him go attack uniform officers?". The man caused a lot of scene on the road, that attracted passerbys and even made many car owners to cause traffic on the road, one of the officers who was beating the man, was seen removing his uniform and getting ready to beat him the more 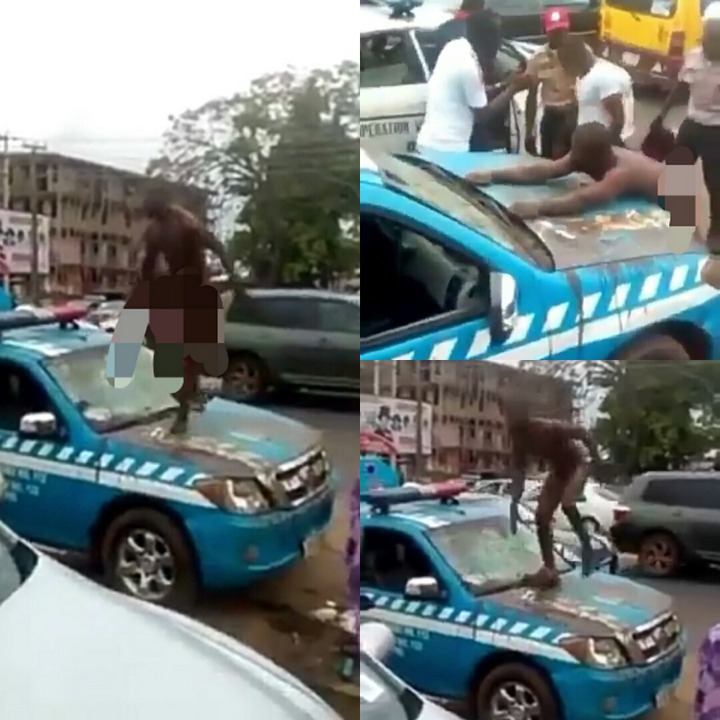 What do you have to say? Have you had an experience with these uniform men before?