Video: A White Man Allegedly Got Beaten By Some Black Women For Protecting His Wife At The Airport.

Assaulting someone is an offence both Internationally and at national level. Often times, we have seen how blacks have been abused, harassed and their rights violated by whites and little of blacks doing same to whites have we seen. It's unfortunate and very sad when some people feel that they have the right to lay their hands on anyone, simply because the person or people involved are insulting them and for that single reason, they take the laws into their hands, and hide under guise of I am a woman. It's wrong and shouldn't be encouraged by anyone, I understand that some whites could be very toxic and cantankerous, it's not enough for blacks to now abuse their rights simply because they're at a very advantageous position.

A video has surfaced online showing a group of black ladies and a white lady with her man, getting abused, harassed and assaulted at one of the airports in America. What caused the whole fracas isn't know as the video didn't show what had transpired between them earlier, the were seen at the lobby of the airport, throwing insults at each other and later on, while they were at the luggage area, the black ladies pounced on the white lady and started beating her and her man, her man took all the beating while trying to protect his woman from being beaten by the ladies 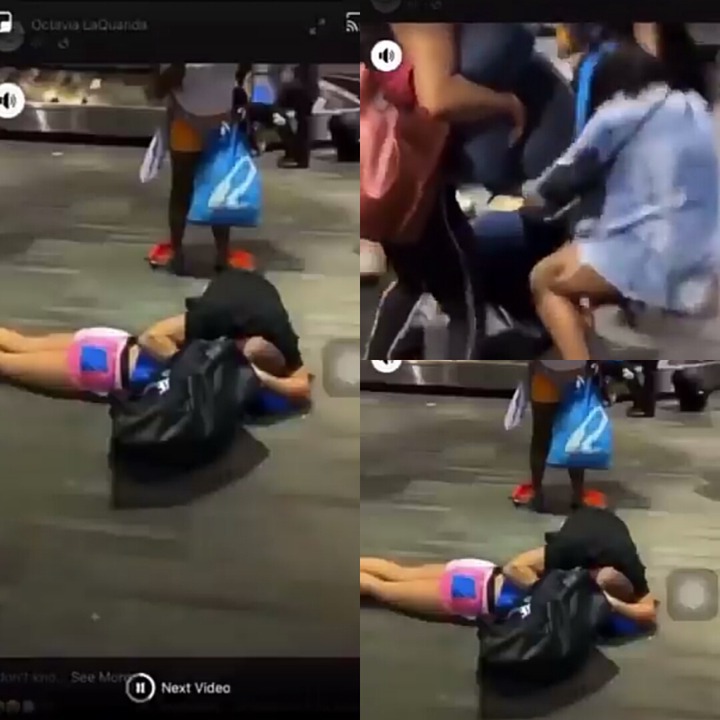 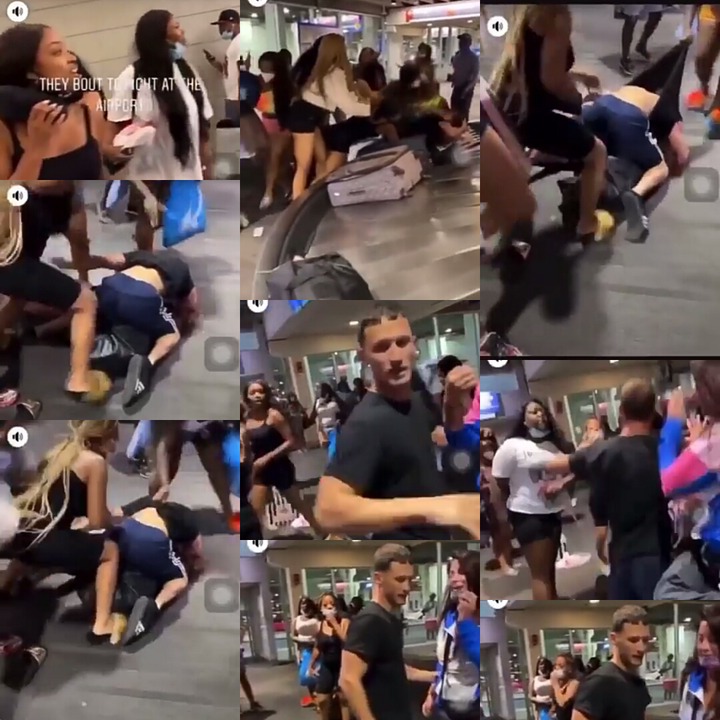 The beating became tough when they got to the luggage area to collect their luggages, the man had to cover his woman all through as they were beating her, as the man was on his woman, they kept beating and kicking him and his woman as they were on the ground, what saddens me the most is the fact that, there were people who just stood there watching them and did nothing. 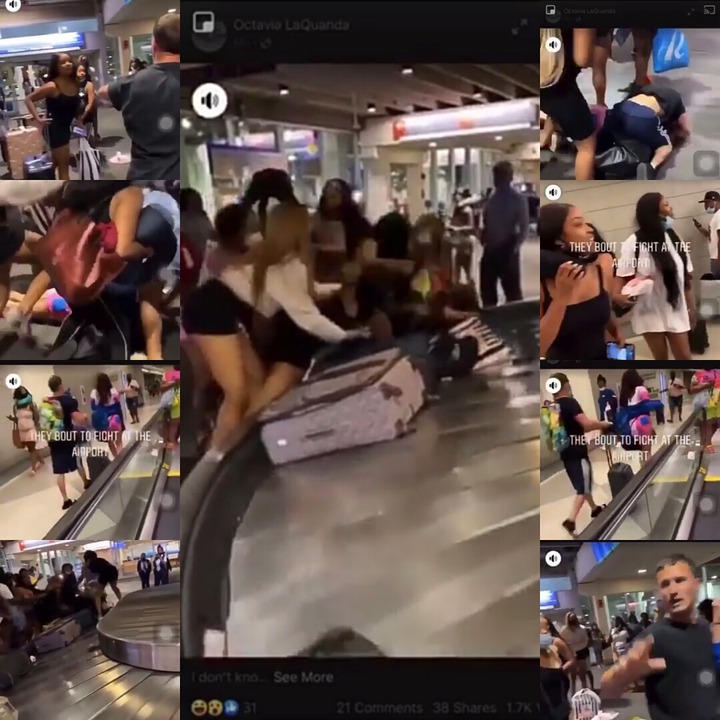 At a point, one of the ladies tried dragging the man off his woman but couldn't. I wondered why black women had to be this violent, the fight was really not necessary and the beaten they gave the man was so uncalled for. If the man had retaliated, there would have been shouts of racism or black lives matter protest at the airport. The black community needs to do better, the problem is not just with the whites but also the blacks. 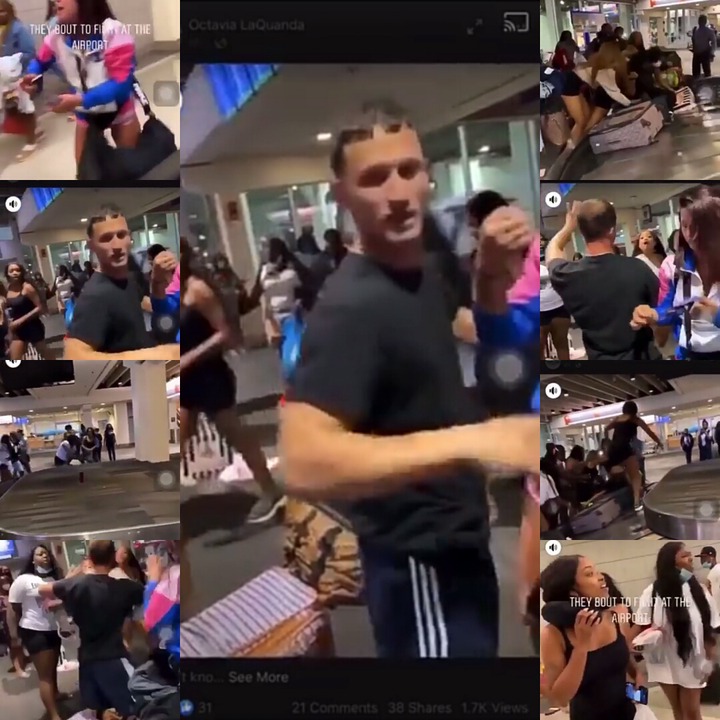 What do you people have to say about this?