By Honnypeter (self media writer) | 2 years ago 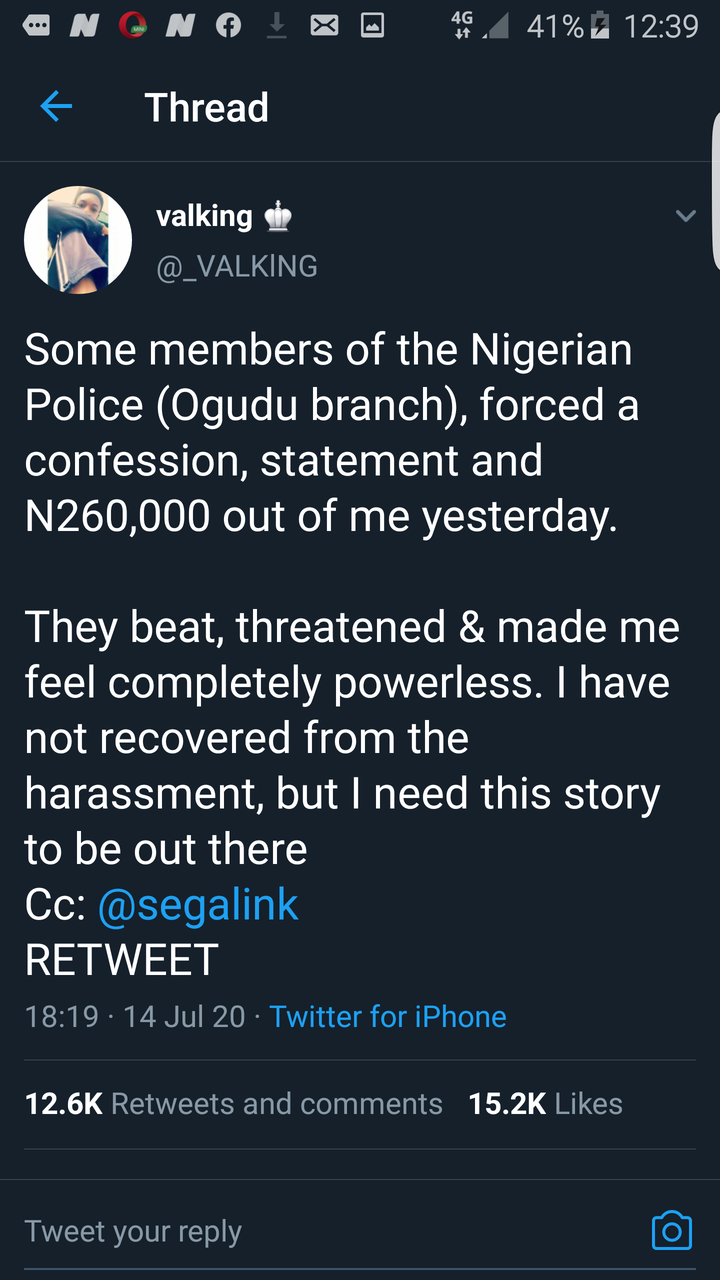 Policemen of the Ogudu police station in Lagos state has refunded 260,000 naira to a twitter influencer who was wrongly arrested

A twitter influencer known has Valking has reported on twitter yesterday how some policemen at the ogudu police station in Lagos state arrested him on the road while he was inside his uber and directed the driver of the uber to go straight to the police station. He explained that he was taken to a side of the police station and was interrogated with massive beating and harassment.

He tweeted yesterday that the Policemen collected his phones and everything he had on him, he said they checked his phones and all his social media platforms after he had already told them that he is a twitter influencer and works with several brands.

He said they even accused him of being gay and were beating him severally. Segalink, a very influential activist on twitter responded to the report and contacted the DPO of the station, explained everything to her and early this morning, the money was refunded. Content created and supplied by: Honnypeter (via Opera News )