By BasseyUmoh_06 (self media writer) | 2 years ago 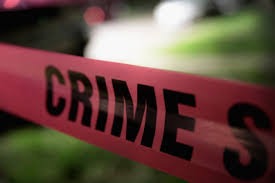 A young man by the name, Abuchi Nwachukwu was murdered by a colleague he regarded as a friend. He first met the culprit when he was employed in a water factory and they became friends and have been working together.

The thought of killing Abuchi occurred to Moses when the victim- Abuchi Nwachukwu showed his bank balance of 13 Million Naira to him. This money was paid in by the his senior brother who is based in South Africa, for the completion of his building project in the village. This was the mistake he made.

The fact remains that, Abuchi trusted Moses because he showed him how to work in the water Company, this relationship grew to trust. Moses started making his plans and playfully had the victim phone in his possession which he asks for passwords and later found his pin number on the phone. He knew he is set to commit the crime, he had to kill his friend to have access to the money. This was a desperate move.

Days before Abuchi was set to go to the village, Moses lured him at work because they were on the same shift that day. He attacked him with a knife, killing in the process and cutting off his head to hide the victim’s identity. The deed is done, he knew if he steals the victim's ATM card without killing him , he will be suspected.

He took his ATM card and his phone to internet fraudsters where they helped him make withdrawals from the account. Later he made withdrawals on his own from Point of Sales (P.O.S)centers which later lead to his arrest.

The spirit of his friend could not let him enjoy the money he stole, the police diligently traced his transactions which lead them to the hotel he was staying. He was arrested alongside the fraudsters that helped him.

Moment of truth, we should not trust anybody no matter how close we are to the person, stories will always be heard about brothers killing brothers, people are dying every day because of trust. We need to keep relevant pieces of information to ourselves no matter how close the person his.

Several religion will agree with me that to trust anyone will always lead to sadness,rather we should trust our creator and our basic instinct.

Content created and supplied by: BasseyUmoh_06 (via Opera News )