By delightsinfo. (self media writer) | 1 year ago 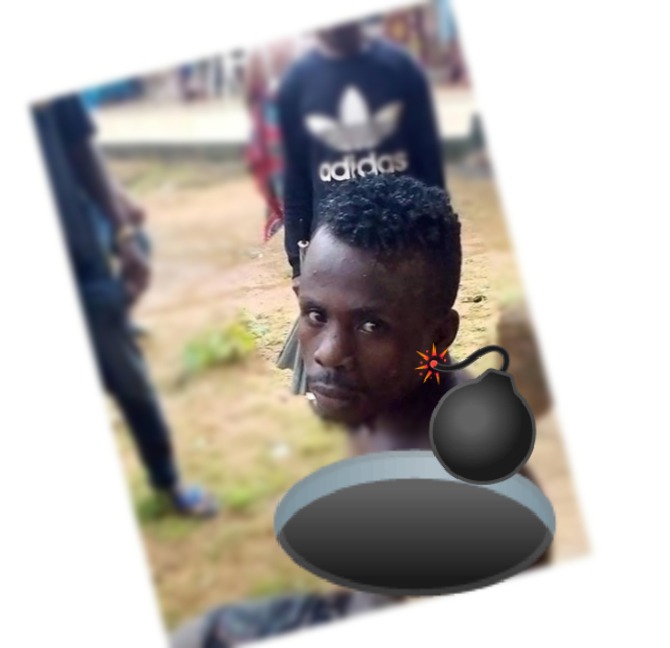 I wonder what will make this guy kill a man that gave him life. He just ended the life of a man that brought him into the world.

The young man you are seeing in the photo above is the one that killed his father. He is by name Chisom Ogum, he is twenty-six years old. His late father's name is Christopher Ogum, seventy-year-old. They are from Orumba South Local Government Area of Anambra.

Chisom Ogum killed his father with a shovel and in an attempt to cover his evil he went and dug a shallow grave and covered his father there. He almost escaped before he was caught by the youth of Orumba South, and they gave him the beating of his life.The police came later and took him away to their station for interrogation.

Imagine the kind of sacrifice this old man must have made to make show he provided for this young man from the time he was delivered. Now this same guy the late father expected to be a blessing to him at old age just ended his life.

Whatever reason he may present is never enough to kill someone especially his biological father. Children are meant to take care of their parents at old age and not to cause sorrow for them. He just committed the worst crime against humanity.

What do you think should be done to this guy that killed his seventy years old father with shovel? Feel free to let us know what you think at the comments section. Follow this page to get breaking news and entertainment gist. Like and share.

Content created and supplied by: delightsinfo. (via Opera News )