Sad: Woman Brutalises, Locks Up Maid Inside Toilet For Six Days In Abuja Over Missing phone

What a wicked world: Woman Brutalises, Locks Up Maid Inside Toilet For Six Days In Abuja Over Missing Mobile Phone.

the picture below is used for illustrative purpose 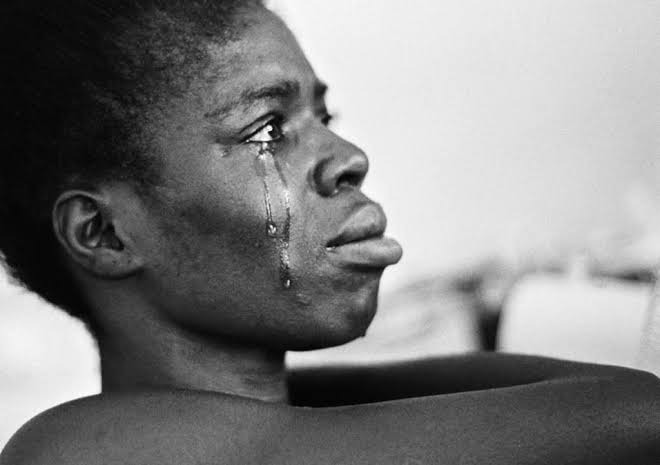 What is this world actually turning into ?, just like a jungle where the stronger animal kills the smaller ones. It's sometime surprising and awful to see the kind of wickedness that human beings treat others with.

A lots are happening this days especially in some families that lives with other people's children as maid or house help. This is a story about a 26-year-old maid named Happiness Dauda. It was really God that kept her alive , and she was able to survive for 6days without food and water.

According to the the report by released by Sahara reporters who interviewed the victim identified as Happiness Dauda, she was brutalised by her boss, who locked her up inside a toilet for six days with no food or water during that period over a missing phone.

The so called boss identified Mrs Binta M. K, that resides in the Wuse II area of Abuja with her husband, Mrs Binta M. K, who was reported to have physically assaulted her maid and left her battling for life in a hospital over a missing mobile phone.

Dauda, the victim of this inhumane treatment whose relative share her harrowing experience with newsmen as she was told by Dauda, reveals that brothers to dauda's madam came to their house for a visit, and had just left on that particular day before Mrs Binta started asking her about a mobile the phone, of which Dauda tried to prove her innocence on the missing phone but her madam kept hitting her with mopping stick, wire and mortar pestle until she became unconscious.

A while after she regain consciousness her madam threatened to kill her with a witch doctor and later forced her to confess stealing the phone under duress after which she locked her up in the toilet for six days.

It was on sixth day, she brought Dauda out dumped her on the roadside, and gave her N1000 to go back to her people. It was a good Samaritan that rushed her to the Wuse General Hospital, Abuja, and later reported the to the Police and NAPTIP.

In confirmation of the incident, Mr Magnus, who's one of the official of the National Agency for the Prohibition of Trafficking (NAPTIP) , who's also the Persons in charge of the case, as well confirm the incidents to be true although he refused to reveal the whereabouts of Mrs Binta and her husband.

Whereas, David Dogo, one of the relative to the victim reveals that an emissary from Mrs Binta and her husband latee approached him at the hospital seeking to drop the case in favour of a compensation.

What a wicked world indeed, so after maltreating Dauda, they now send emissary to plead for the case to be dropped with compensation in returns. Forgetting that they were in such a hurry to dehumanize an innocent poor girl over the crime she didn't commit.

What is opinion on this? As you can see the so-called madam sent emissary to plead for the case to dropped .