By OhAfriculture (self media writer) | 2 years ago 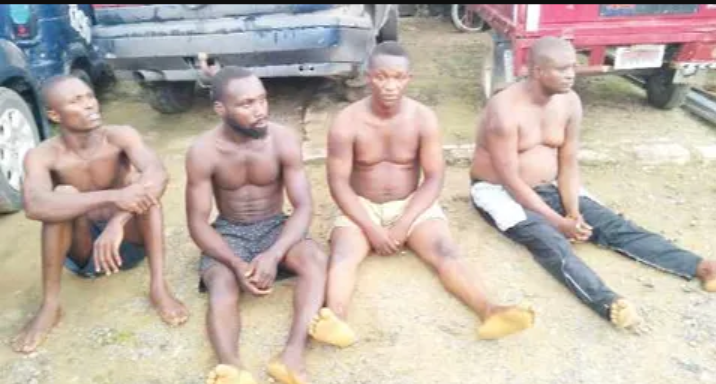 Police in Calabar, Cross River State paraded four suspected kidnappers after a woman of 38-year-old, Cecilia Onyago, who was a victim of kidnap was saved. 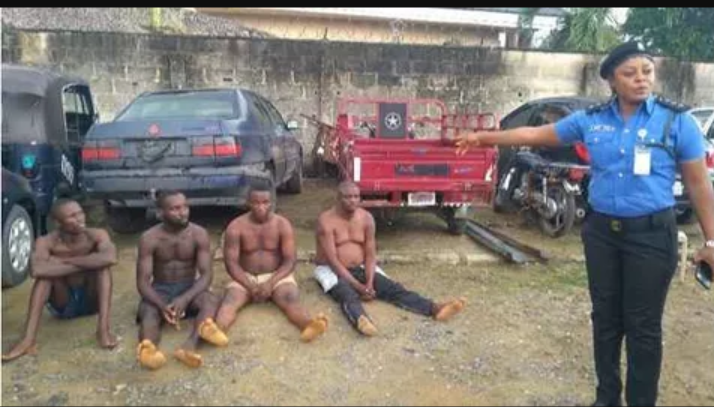 According to the police, spokeswoman in the State said that the victims were released without paying a dime as she paraded the suspects, namely; Eyo Nsa, alias Eteobong; Okon Asuqwuo, alias Okikpo; Ernest Akpan; and Paulinus Ogar.

She further added that the woman and her husband, who were going through their usual business before being attacked by gunmen. The kidnappers launched an attack, and took away Onyago on the 10th of July 2020 at Akamkpa LGA captors e explained that the woman and her husband would about their normal business when gunmen attacked their captors and take Onyago on July 10, 2020, in Akamkpa Local Government Area in the State.

In her statement, she said that a distress call was received by the Police and they responded by swinging into action. While trying to get the location where the victim could have been. In the process, one suspect among was apprehended and took them to the hideout of other members.

Ugbo said the suspects have been cooperating with the police and would soon be charged to Court after completion of the Police investigation.