16 year old girl Pregnant for her Father who’s been Molesting her since she was 11, father admits. A suspect identified as Eromosele who was paraded by the Rivers state Police command, admitted not just having intercourse with his 16 year old daughter but also impregnating her in the process.

The suspect who claims to be into trade of selling used clothes blamed his actions on an evil spirit.

During an interview, the suspect claimed he was battling a spiritual issue which he has “tried to fight over the years”. He claimed that he wasn’t arrested but decided to turn himself in, as “it has become too much for him to bear”.

Information gathered however revealed that an the suspect’s pregnant daughter had opened up to an official of the State Ministry of Social welfare about her father sleeping with her which she claimed started since she was 11 years old.

Below is a photo of the Victim from behind to protect her identity. 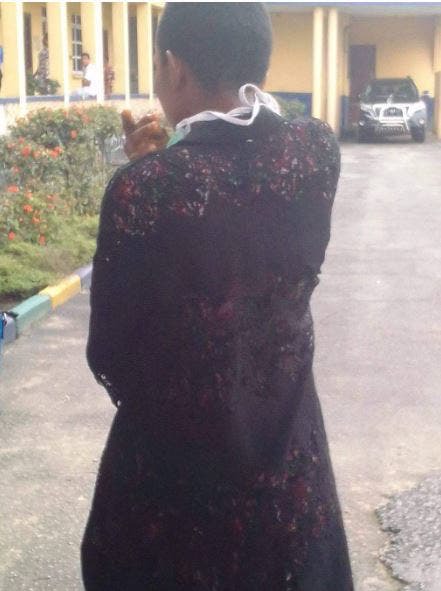 Nnamdi Omoni, the Police Public Relations Officer (PPRO) in Rivers State confirmed the arrest and allegations while assuring that the suspect will be charged to a court of law after investigations are concluded.