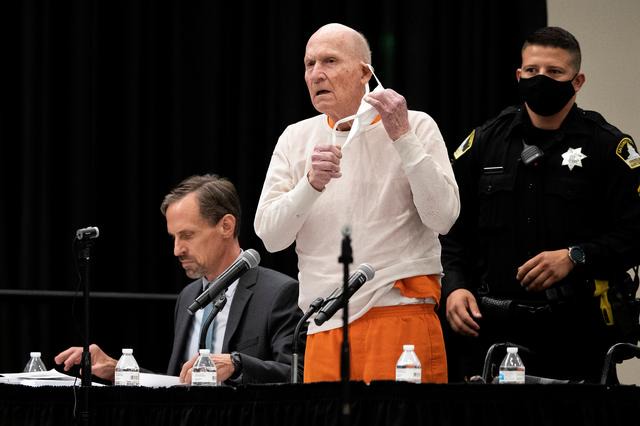 A Sacramento county judge has finally sentenced the 'golden state killer' to a life imprisonment without the possibility of a parole after decades of investigation.

Joseph James DeAngelo was a police officer in the 1970s and 80s, but unknown to the public he was also a notorious criminal that killed a lot of people and raped dozens of young girls.

The identity of the perpetrator(s) of these crimes remained a mystery for decades until the arrest of Joseph in Sacramento county on April 24, 2018.

It was reported that investigators proved Joseph to be behind these crimes using a public genealogy websites.

In June, Joseph confessed to killing 13 people and raping 13 others between the year 1975 and 1986. This confession came as part of a plea deal with prosecutors sparing him from a potential death sentence.

Finally, today being Friday, 21 August, 2020, after series of hearing and long court sections the "Golden State Killer" has been given the life sentence by a judge in Sacramento county.

This judgment came after the surviving victims and family members of those he murdered requested that he should be given a 'no mercy' judgment.

While passing his sentence a prosecutor called Joseph a bogeyman who haunted California for decades, also revealed that Joseph invaded 120 homes across 11 counties during his crime spree.

When given the opportunity to speak, 74 years old Joseph rose up slowly from his wheel chair and apologized to his victims and their families.