We will give you two cows: Zamfara state government promises amnesty to bandits

We will give you two cows: Zamfara government promised amnesty to any bandit who repents and drop his gun.

Zamfara Governor, Bello Mutawalle promise amnesty of 'two cows' for any bandit who repents and return his AK47. 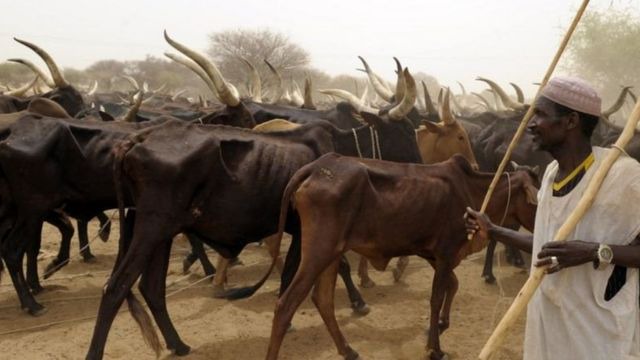 The Governor of Zamfara State in the northwest Nigeria, Bello Mutawalle has called on bandits who wish to repent and live normal life to return one AK47 gun and be given two cows from the government.

According to statement that was released by the government this morning, this method will go a long way to bringing lasting peace to the areas which has been witnessing many killings in the last few years.

"This is not a trade by barter as some media reports it which is not fair but it is a genuine attempt to help those bandits who has repented and wants to live a normal life like every one else, this is to empower them." The statement said.

"Some of this bandits who wants to repent were cow owners before taking up arms, they sold the cows to buy these guns and giving them some cows in exchange for the weapon is a way to encourage them and make them better people." This is what the state government's statement read.

In recent attacks that happened in the state, where ten people were killed by gunmen in Ruwan. Another attack happened in Talata Mafara where 21 people died according to the Nigerian police.

Insecurity is gradually becoming an order of the day as gunmen and bandits disturb the peace of the people and claim lives of many in the northwest part of Nigeria, Zamfara. Many has died across other states in the northwest like Sokoto, Katsina and Kaduna states.