By HumanRightActivist (self media writer) | 1 year ago 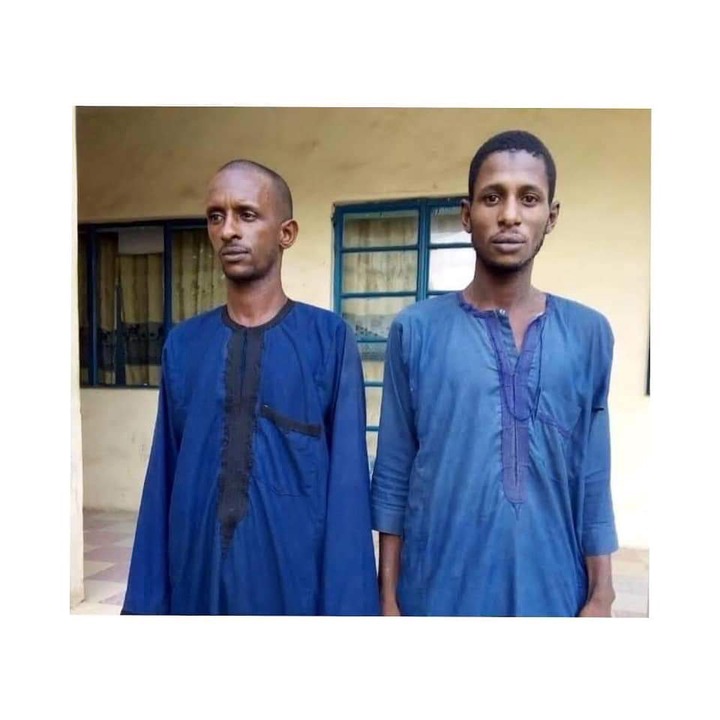 According to Instablog, two suspects has been arrested by the Niger Police station for the murder and dismembering an 18-year-old girl in Effa village.

The command’s spokesperson, Wasiu Abiodun, in a statement on Friday, said the suspects, Abdulkadir Alh. Ibrahim and Abubakar Idris a.k.a Kullel, 29, were arrested by police operatives attached to SARS Minna, following a tip-off.

According to him, on June 24, 2020, the suspects were arrested after the police received reliable information.

According to reports, the two suspects are identified as Abdulkadir Ibrahim and Abubakar Idris. The arrested suspects conspired and lured an 18-year-old Hauwa Saidu. Hauwa is of Fulani camp Kpada to Effa village Lavun Local Government Area. The suspects attacked Hauwa and killed her with a Cutlass.

Wasiu further said the perpetrators took pieces of the victim's body to an undisclosed location while the remains were left in the bush. He concluded by saying the suspects have been arrested and will be charged to court soon.

See what he said:

“Some parts of the deceased’s body were severed, and taken away to unknown destination while her remain was abandoned in the bush. The body remain was recovered, suspects arrested and confessed to the crime,” he said. 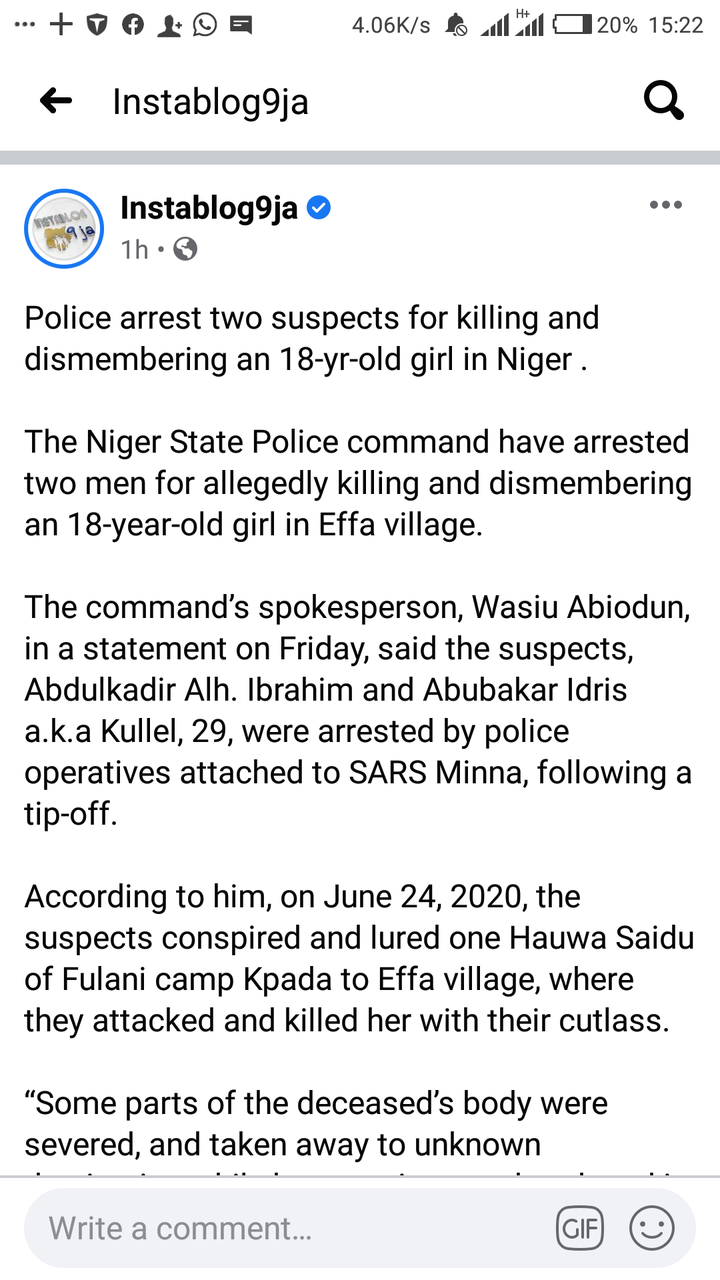 One need to be extremely careful, Sometimes, people can really go extreme just to achieve their selfish needs.

A worthless person, a wicked man, goes about with crooked speech, winks with his eyes, signals with his feet, points with his finger, with perverted heart devises evil, continually sowing discord; therefore calamity will come upon him suddenly; in a moment he will be broken beyond healing.

The wicked flee when no one pursues, but the righteous are bold as a lion. When a land transgresses, it has many rulers, but with a man of understanding and knowledge, its stability will long continue.

A poor man who oppresses the poor is a beating rain that leaves no food. Those who forsake the law praise the wicked, but those who keep the law strive against them. Evil men do not understand justice, but those who seek the Lord understand it completely.

We hope the killers will face the law.

Content created and supplied by: HumanRightActivist (via Opera News )