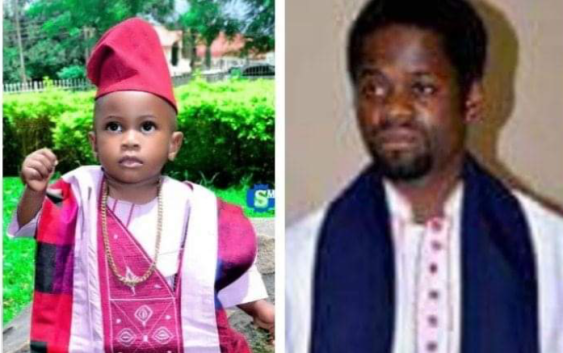 Hearing continues today in the ongoing trial of founder of Sotitobire Praising Chapel, Prophet Babatunde Alfa and six other church members at an Ondo State High Court in Akure over the alleged missing of one year old Gold Kolawole, even as two policemen testified in the suit at the yesterday’s sitting of the court.

Also in the dock was the church’s head of children department, Margaret Oyebola and another teacher, Olayinka Omodara.Two police inspectors Okunfolarin Orimisan and Ibraheem Akeem were in the court as the 7th and 8 witnesses for the defence.

The two Personnel were summoned by the court to give evidence in the ongoing case.

While Orimisan, the admin officer with the state criminal investigation department was in court to tender documents with the police relating to the case, Akeem is an anti kidnapping Personnel who took part in the interrogation of All concerned parties.

Six persons including the prophet alfa had earlier testified for the defence witness during which they were also cross examined by the Prosecution led by the attorney General and Commissioner for justice in Ondo state, Adekola Olawoye.

Earlier this week, founder of Sotitobire Praising Chapel, Prophet Babatunde Alfa had on Tuesday testified for himself in his ongoing trial at an Ondo state high court in Akure.

He claimed that the DSS after arresting him, searched his house and church but found nothing incriminating.The clergyman said despite organising marathon prayers and fasting alongside his ministers, the boy’s parent did not cooperate with him to find the missing boy through the right channel.

Prophet Alfa explained that the right channel he claimed in the exhibit before the court was using prayers and security agencies to find the missing boy.

He lawyer, Olusola Oke also tendered a video footage of the church service where prayers were said for the recovery of the boy which was accepted by the court.

While being Cross examined the attorney General and Commissioner for justice Adekola Olawoye, the prophet said he never knew the boy’s parents until the incident happened though they claimed they had been attending since June.

The trial judge, Justice Olusegun Odusola adjourned the case till today for the defence legal team to call more witnesses