Photo of the deceased Izu Maduabueze

There is currently a trend on twitter with the hashtag #JusticeForIzu. This is due to the news that was broken by one of the users about a certain Izu Maduabueze who took his own life after he could no longer bear the false accusation on him about raping a particular lady, "Nani". With the current development and stories about rape that flew all over the internet and on newspapers, radios and television stations, the level of sensitivity about issue of rape became very high.

Nani, the lady who accused the late Izu Maduabueze was said to be his friend. 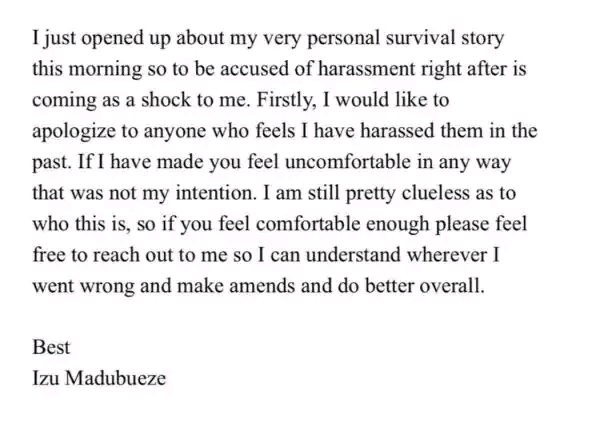 As revealed by a "Nelsongreyhood", the guy was falsely accused by the lady and when he could no longer bear the trauma, killed himself. His phone kept on receiving calls and messages, he could not handle the pressure anymore, so took his own life. 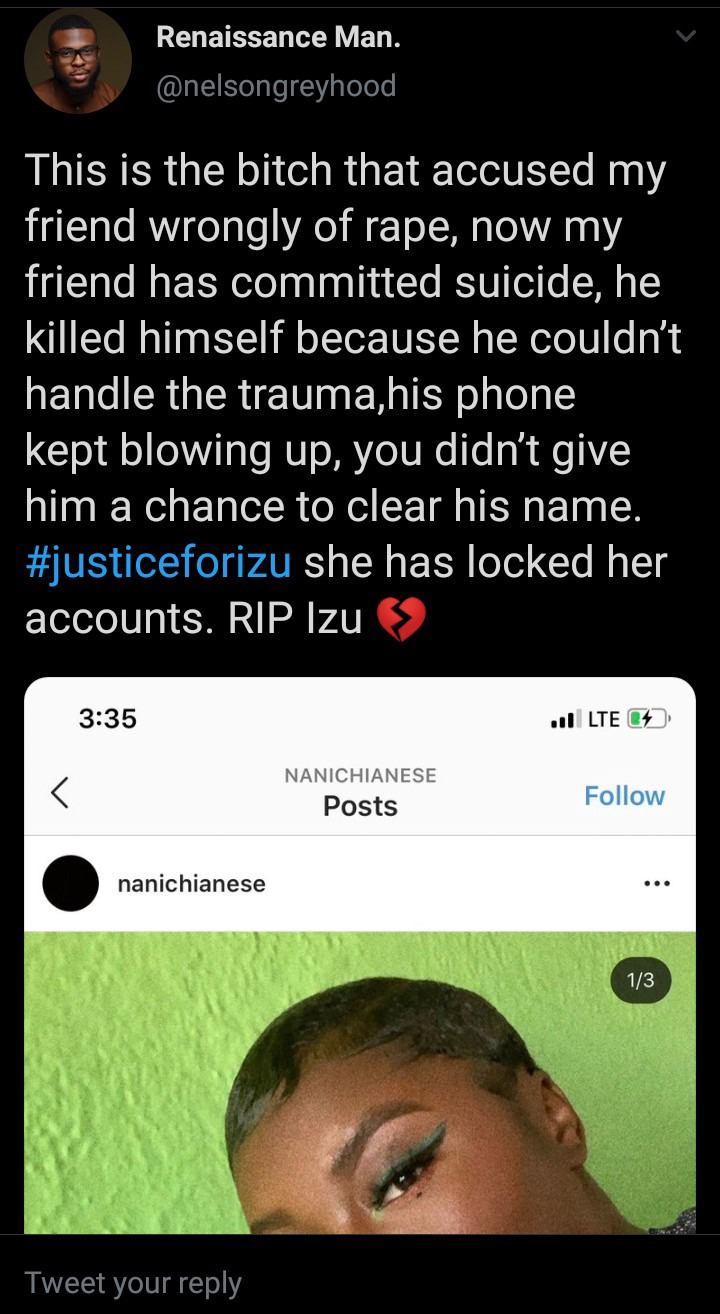 This is however a very sad development, as the lady has successfully abused her advantage of being a woman, and in turn has caused an innocent man his life. 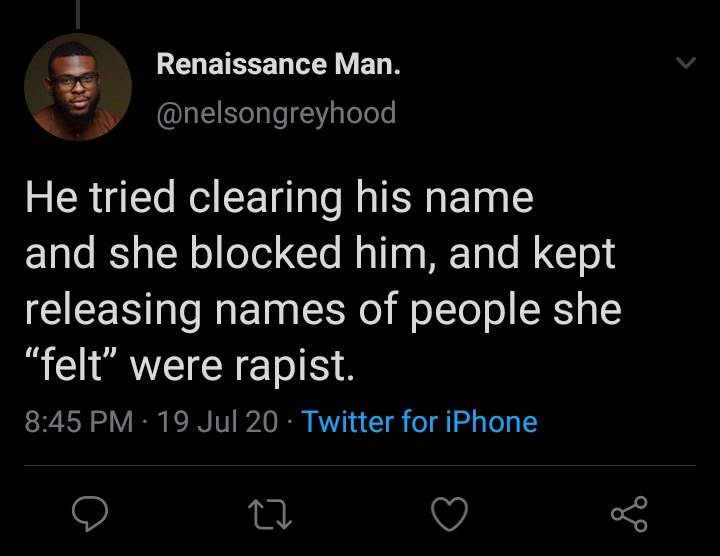 A lot of calls has to be made on this issue of false rape allegations. With this current issue, if things are not done promptly, the issue of rape and false allegations in concern may get out of hands. Izu Maduabueze was said to be a bright young man who had a bright future.

This is indeed a sad one as reactions upon reactions continue to come in on twitter as people try to contact the lady. 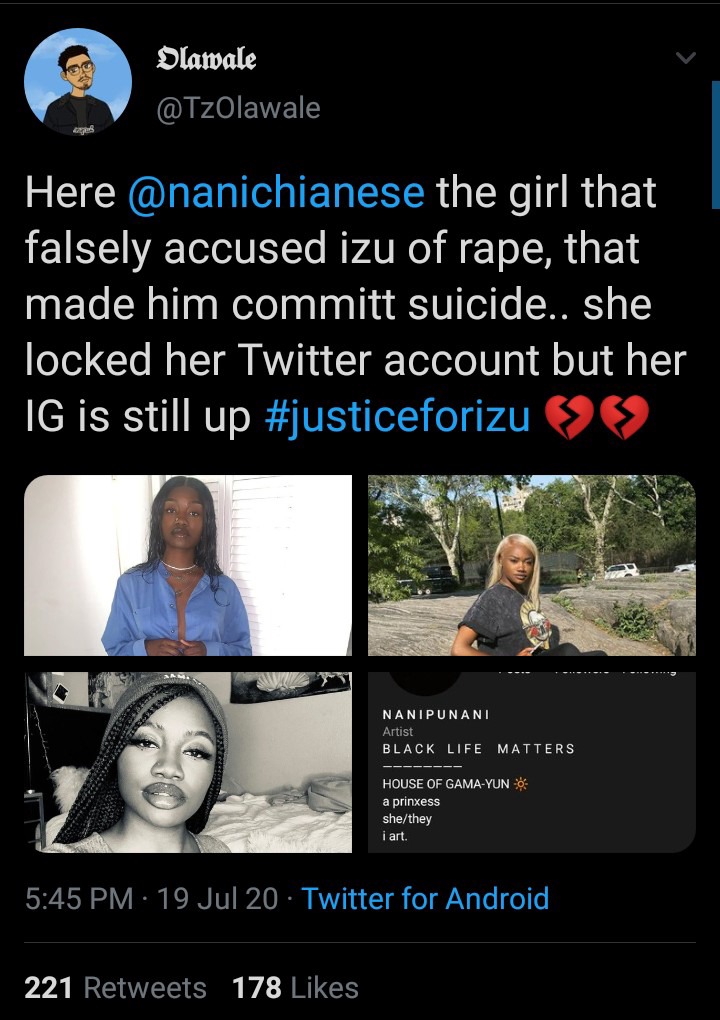 Here are some of her photos as released by one twitter user, TzOlawale. 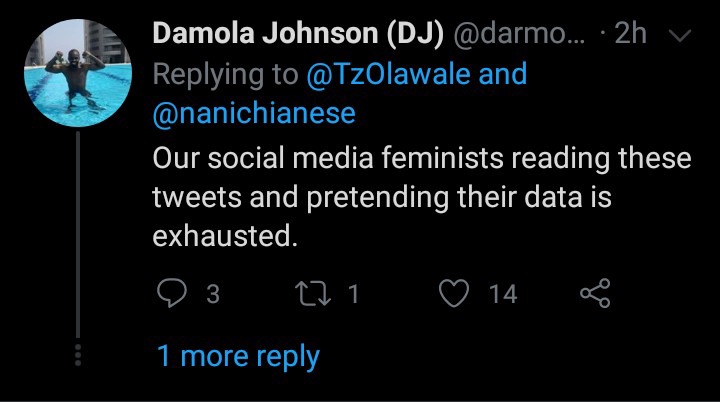 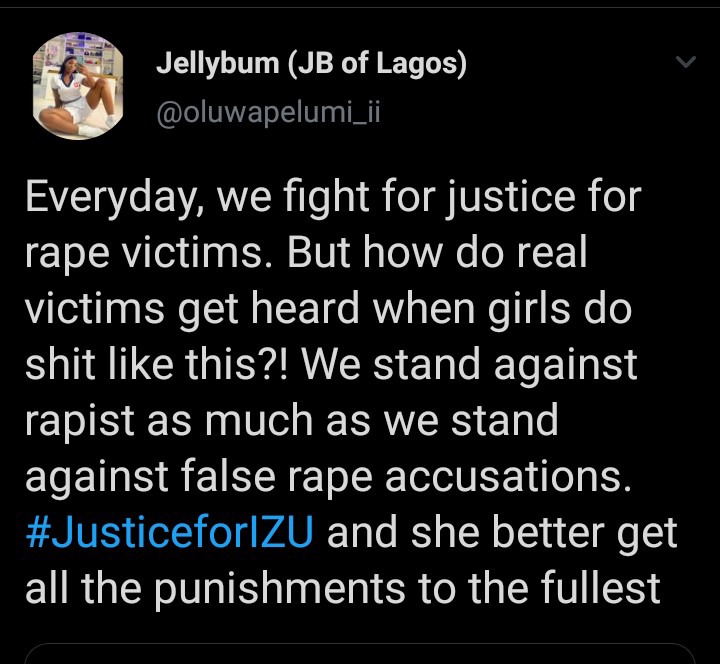 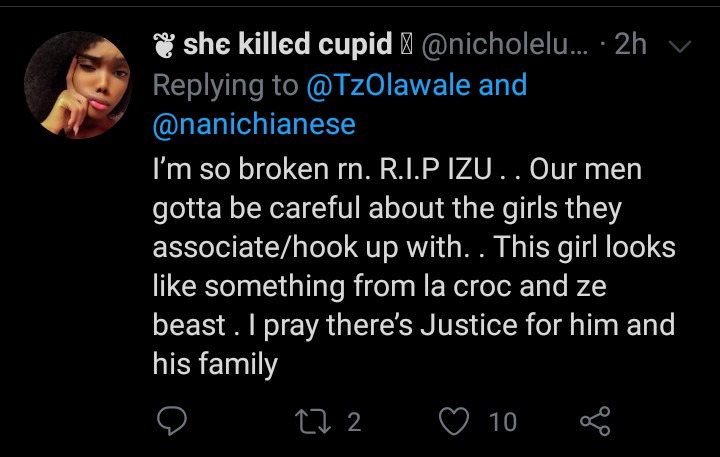 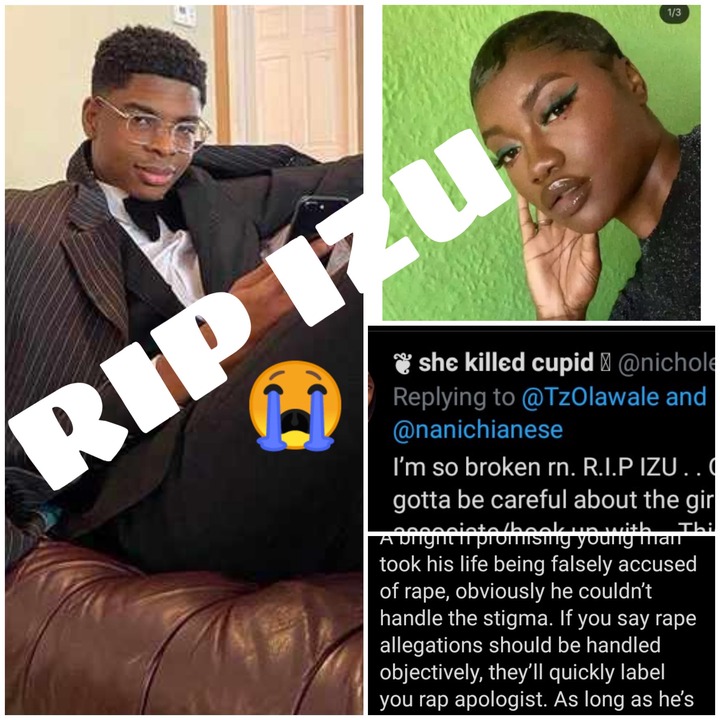