#ENDSARS: Why the Judicial Panel should reject the CCTV footage from the Lekki scene

By Sportsfreak (self media writer) | 2 years ago

It is weeks after the massacre that occurred in Lekki, and despite clear indications and evidence that it happened, the government and security forces are still trapped in the pool of blood of innocent young Nigerians, while still denying that the color of blood is red.

On Tuesday, October 20, 2020, Nigerians saw armed security guards open fire on unarmed protesters in a live Instagram video from DJ Switch. The demonstrators had exercised their right to demonstrate peacefully and the curfew announced by the governor of Lagos, Sanwo-Olu Babajide, was not an obstacle. 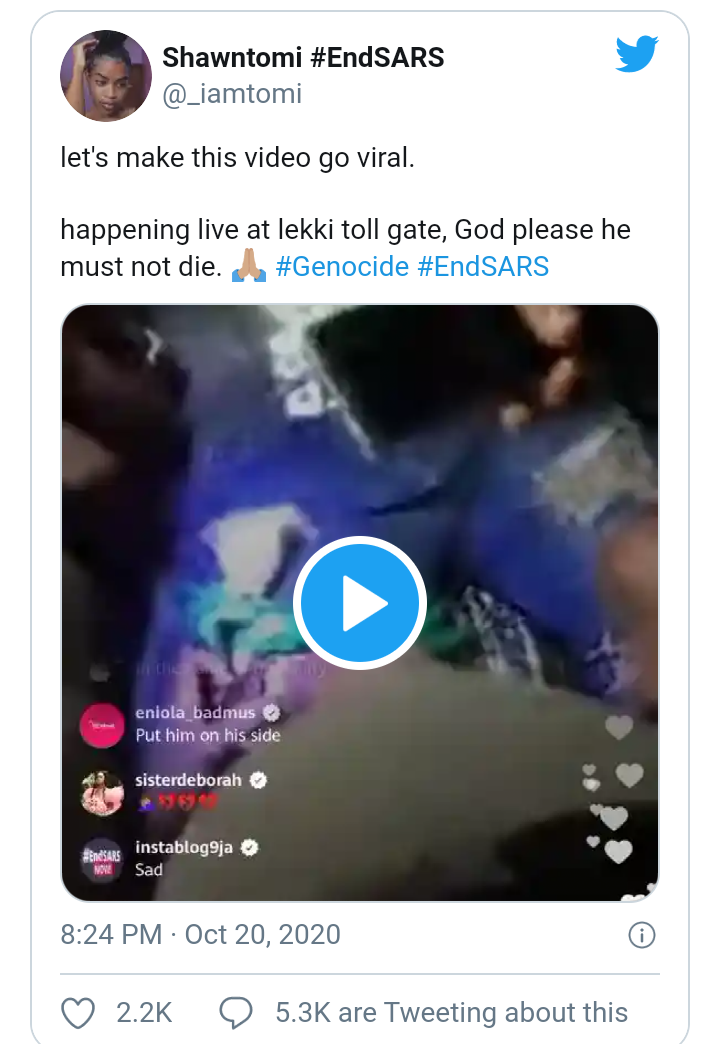 However, the investigation into the leaked shooting continues. And although we have the International Criminal Court (ICC) on this matter, the Lagos Judicial Inquiry Panel is also available to answer questions about police brutality while focusing majorly on the Lekki shooting.

Therefore, at a meeting on Friday, November 6, images of the scene were presented to the panel for further investigation. It was after Abayomi Omomuwa, Managing Director of Lekki Concession Company, said the camera stopped working and started working fine after the massacre around 8 p.m.

But, around 11:30 am in the sitting today, the designated panel started viewing the footage. And it repeatedly appeared in the form of a collage of clips sealed before 8 p.m. 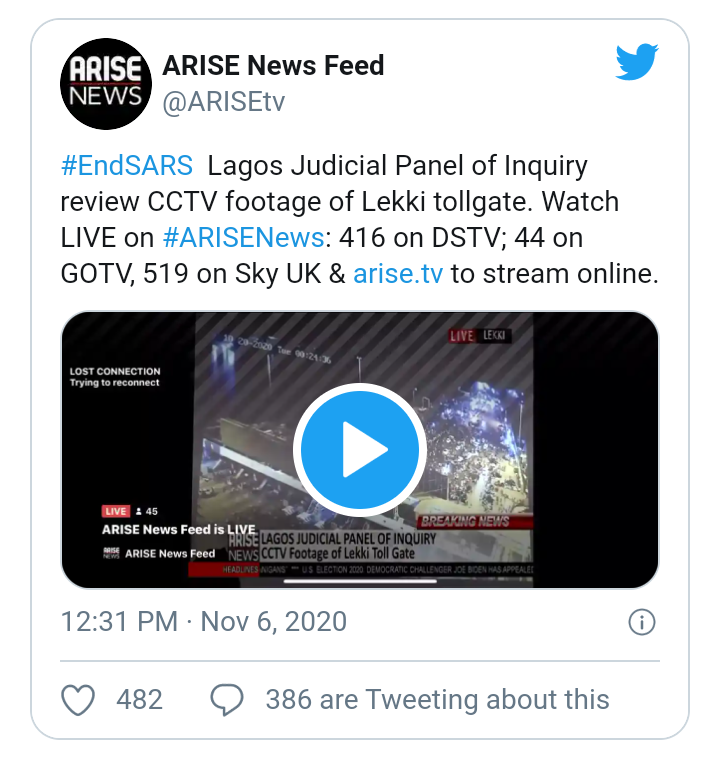 Several Nigerians who were on DJ Switches Instagram Live can testify her recording began between 6:30 p.m. and 7:00 p.m. Before the shooting, several Nigerians also reported that the lights had been turned off before the arrival of security guards.

From the live DJ broadcast and other videos that emerged from the scene, it was clear that the tollgate was dark and the only lights were from the protester cell phones and the headlights of the protesters cars. 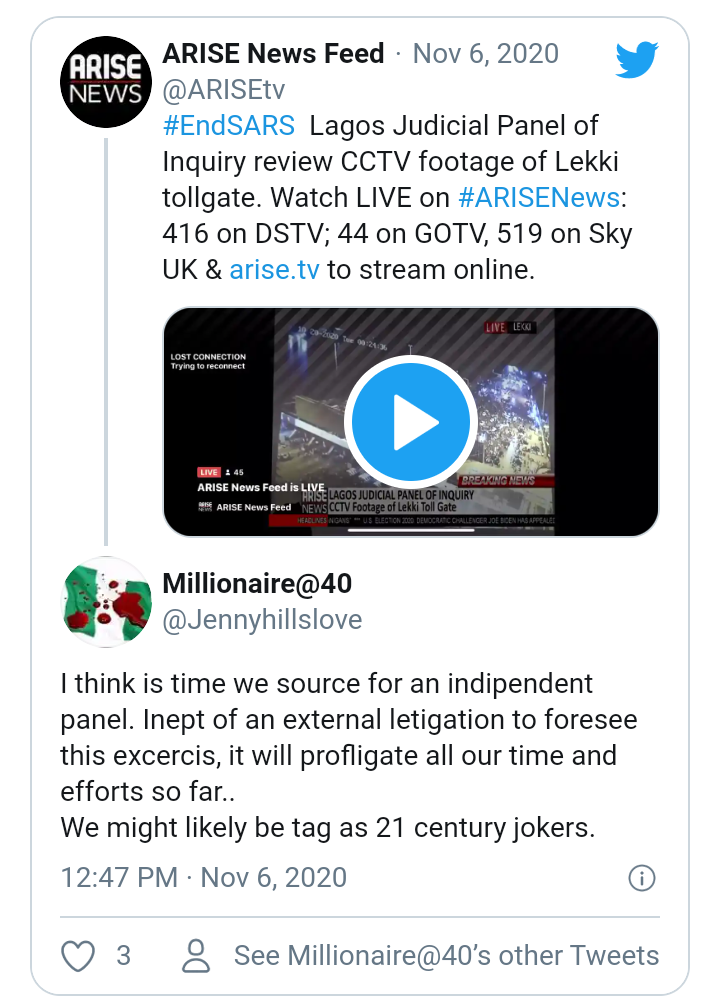 However, the footage submitted to the investigation committee was very well lit which makes it wrong and fake.

There is a clear distortion between what Nigerians saw and what "the forces" want us to believe. Another downside to the video shown is how it makes 4:00 pm look like 4:00 am.

Since the Lekki incident, Nigerians are beginning to have the feeling that justice will never become a reality. The audacity to produce a video unrelated to time after reported in the initial statement that the camera stopped working.

It also shows that no one is ready to take responsibility for Tuesday, October 20, 2020.

Content created and supplied by: Sportsfreak (via Opera News )