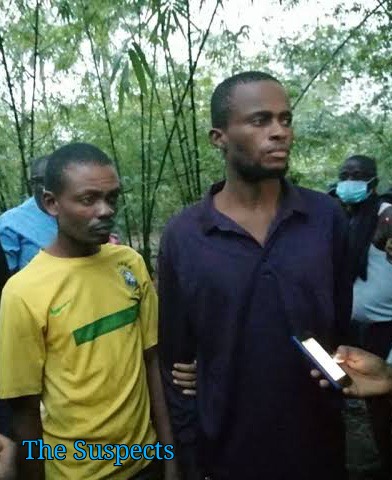 Two suspected Killers of 3 people in Rivers State have been arrested by the Rivers State Police Command. The dead bodies of the victims have also been exhumed from from a forest in Bera, Gokana Local Government Area, Rivers State.

The victim's names were given as Baridomale Sunday Tor, Baridon Gbarabera and Barisiton Nawee. The three victims were killed for reporting oil theft and the perpetrators in the community. The suspected killers were identified as Prophet and Barididum Dabama. After the arrest of the suspects, they led the police to where they buried the victims. The police went to the place where the victims were buried and exhumed their decomposing bodies.