Did Hushpuppi Hack The Twitter Accounts Of Bill Gates, Obama And Others From Jail? 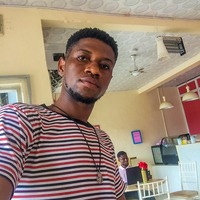 By Obodokasi | self meida writer
Published 7 months ago - 1 views 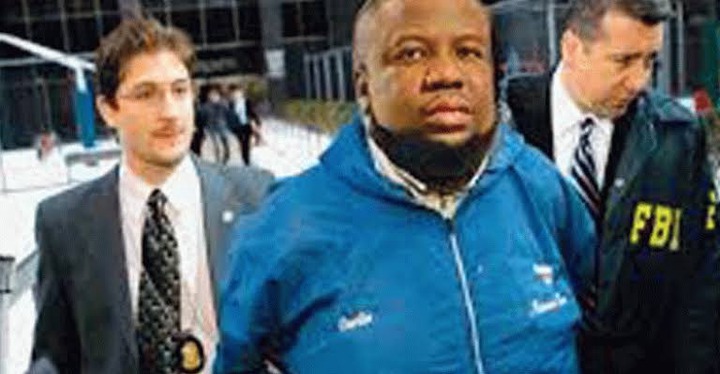 In the past 24 hours, the popular social media app, Twitter has been abuzz as Twitter accounts of prominent politicians, business owners and corporations, were hacked and used to commit bitcoins scam and defraud unsuspecting Twitter users and members of the public of whooping sums of monies.

The hacking incident has caused beliefs that Nigerians or Hushpuppi masterminded the scam from his prison cell.

The scam which lasted for only 30 minutes took place on the late hours of Wednesday after a hacker hacked into the official Twitter accounts of several notable persons and asked unsuspecting members of the public and Twitter users to send him or her bitcoins in return for receiving double the amount of bitcoins they sent. 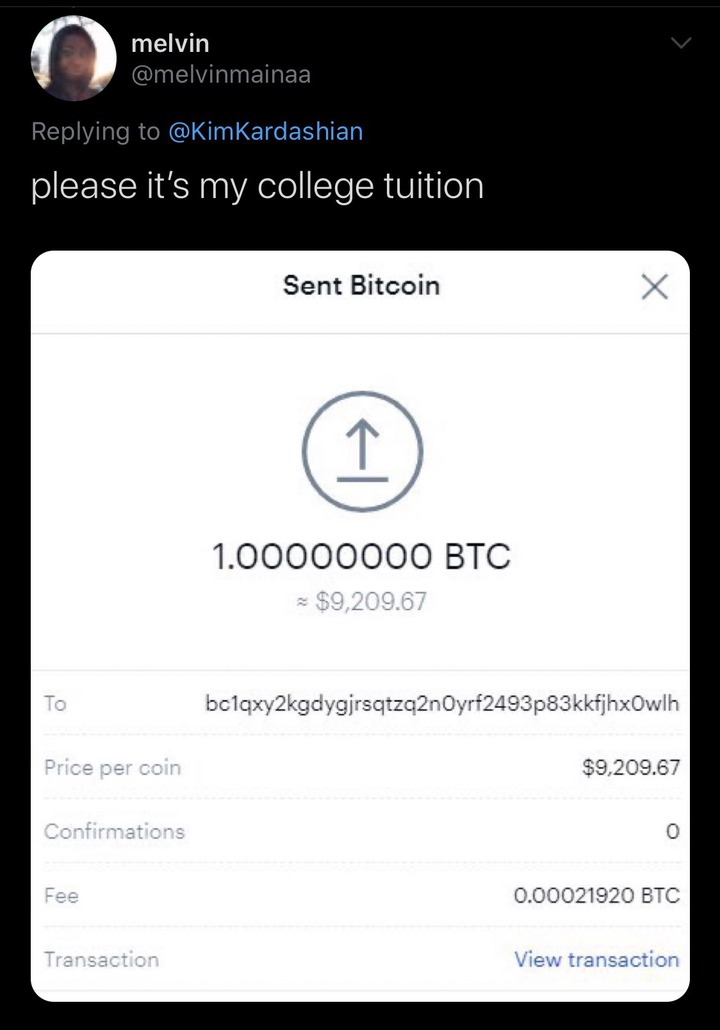 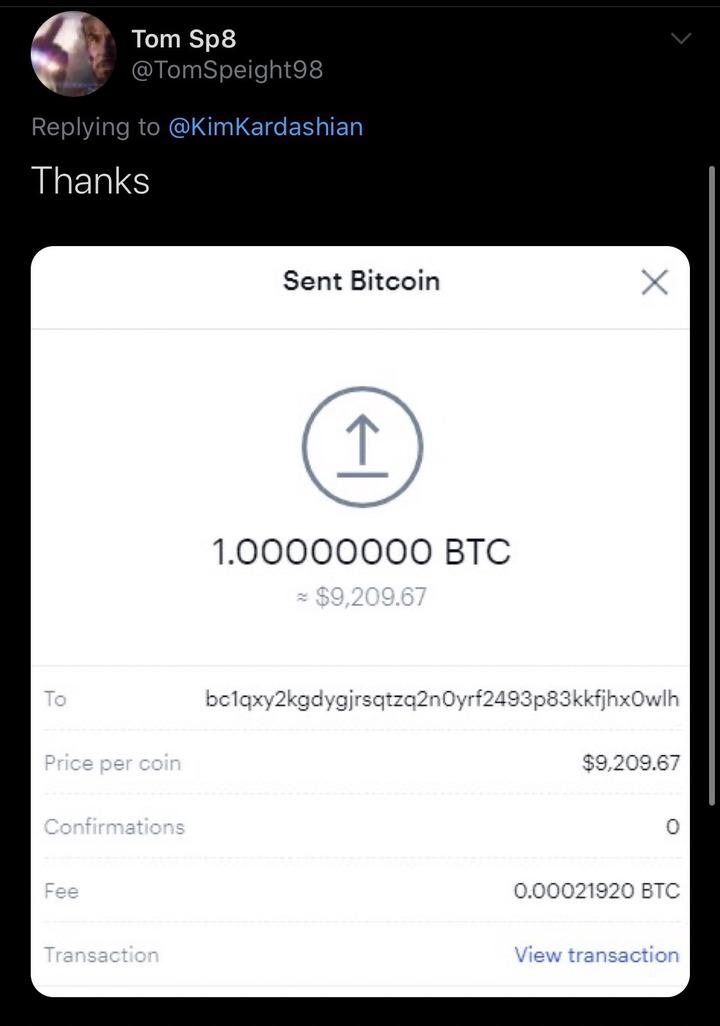 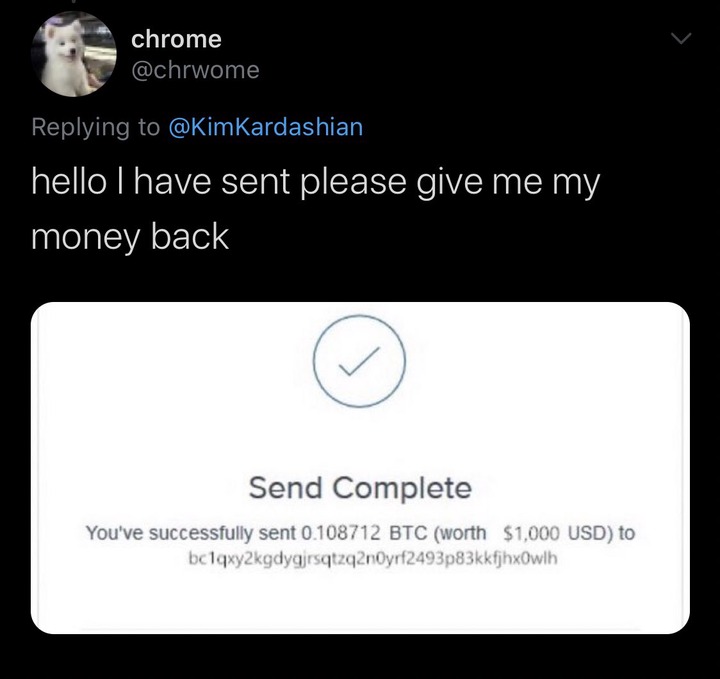 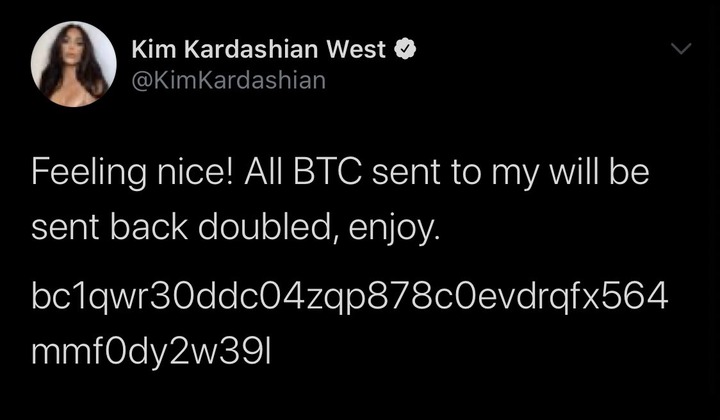 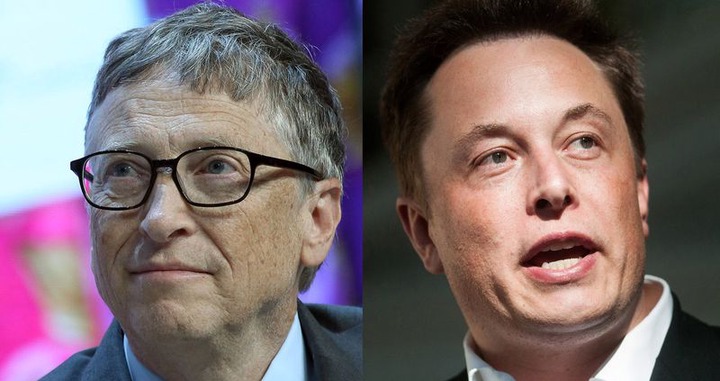 In the tweet which was sent over 3,330 times from several locations, the hacker posing as their victims promised that they were giving back to the society, beginning the scamming tweet with the phrase "I am giving back to my community due to COVID-19”. 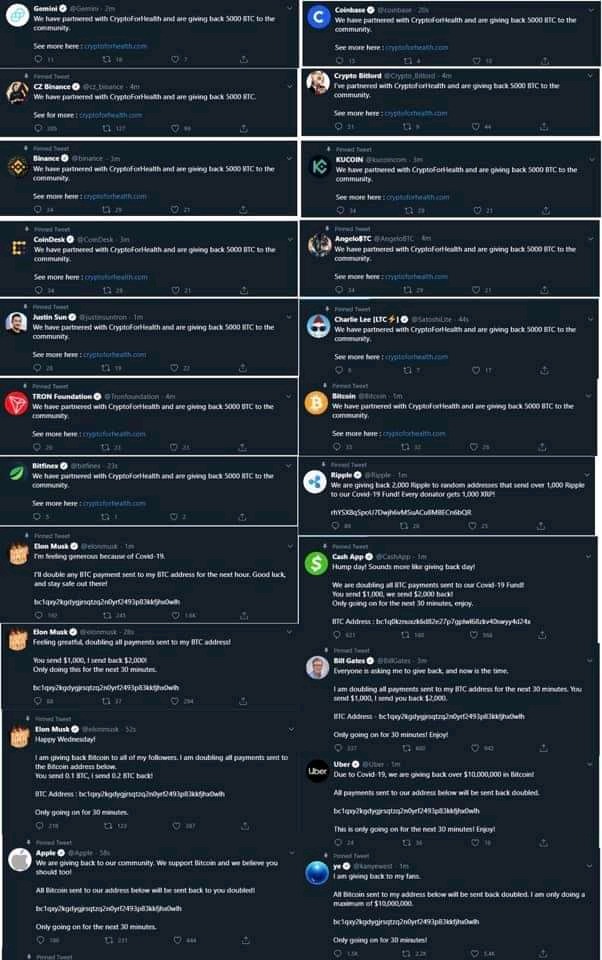 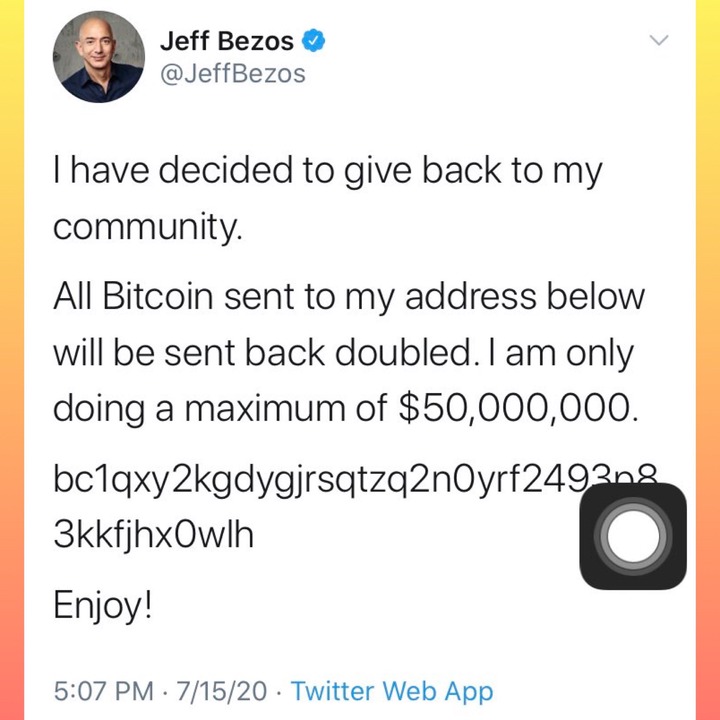 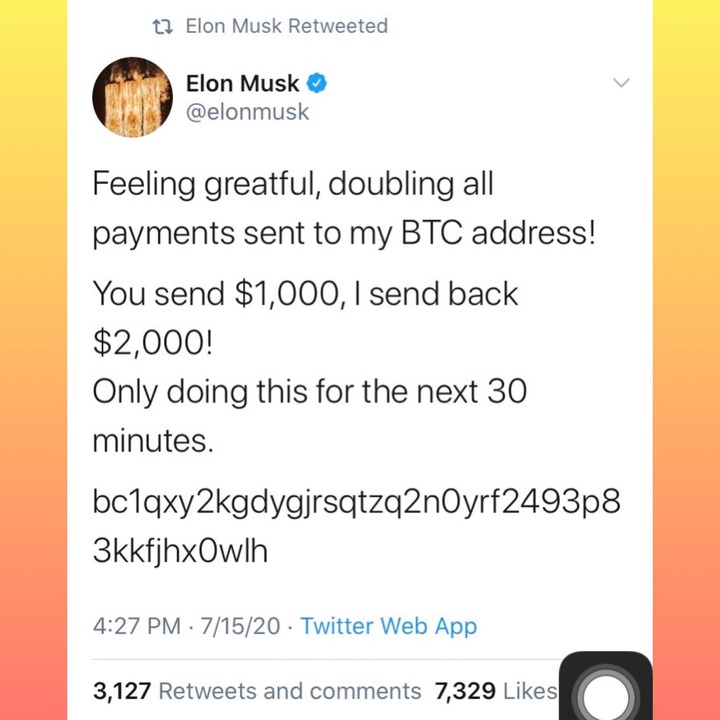 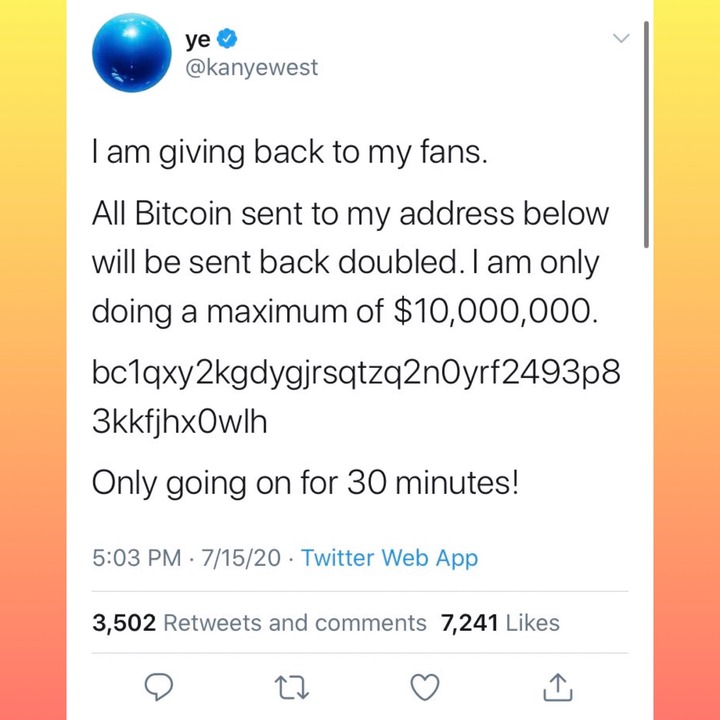 Many persons have fingered Nigerians as the masterminds of the hacking incident. This is due to the proclivity of Nigerian youths to be involved in online scams used to defraud unsuspecting persons, usually called "Yahoo Yahoo" or "419". 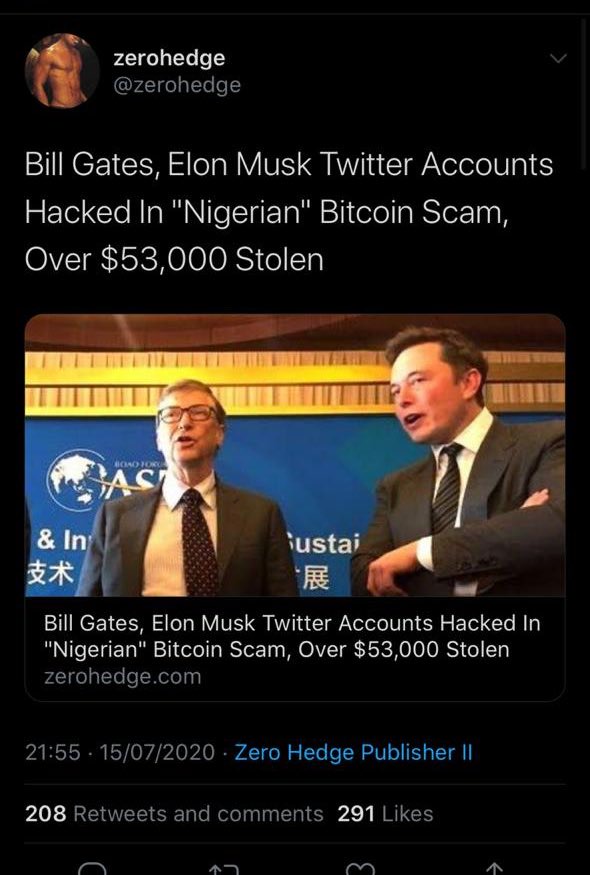 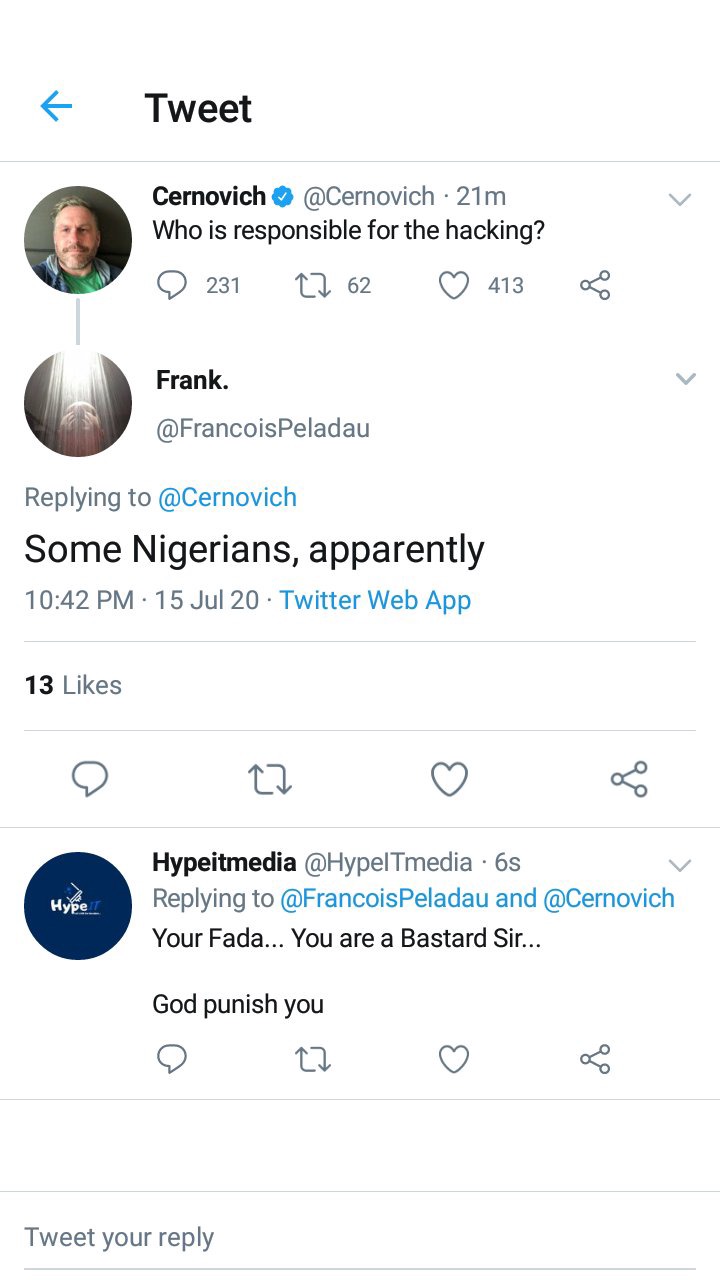 The recent arrest and imminent prosecution of a suspected fraudster, Raymond Olorunwa Abbas alias Ray Hushpuppi, who was arrested by the Dubai police for defrauding persons of millions of dollars, has done nothing but pushed the belief that if anyone could pull off such a scam, then it would be Nigerians, or even Hushpuppi himself. 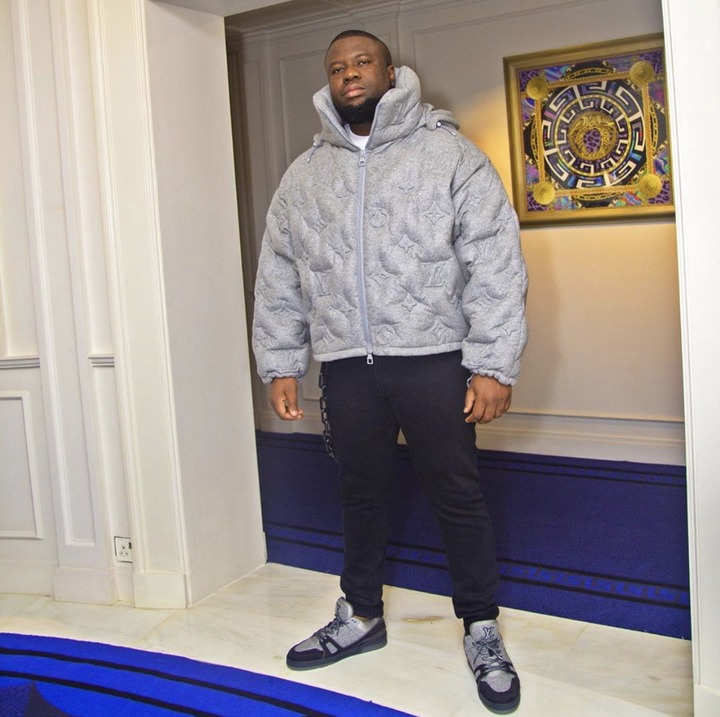 The narrative that Hushpuppi orchestrated the hack attack right from inside the prison walls was brought by some Nigerians on Twitter, notably one King Nonny with Twitter username @Zaddy_Nomso who said "Hushpuppi sent from Dubai to the US & suddenly Elon Musk, Jeff Bezos, Apple, Bill Gates, Kanye West, Obama & so on are getting hacked through a Bitcoin Scam. You can silence the Big Dog, but you might not be able to Hush Puppy".

Although some Nigerians have constituted themselves into a nuisance by defrauding people online, the narrative that the hack on notable persons accounts was orchestrated by Nigerians or even Hushpuppi may not be true. This is as a former employee of Twitter has been fingered to have orchestrated the hack incident.

garden egg good night prayer for my love longest verse in the bible national parks in nigeria news update today
Opera News is a free to use platform and the views and opinions expressed herein are solely those of the author and do not represent, reflect or express the views of Opera News. Any/all written content and images displayed are provided by the blogger/author, appear herein as submitted by the blogger/author and are unedited by Opera News. Opera News does not consent to nor does it condone the posting of any content that violates the rights (including the copyrights) of any third party, nor content that may malign, inter alia, any religion, ethnic group, organization, gender, company, or individual. Opera News furthermore does not condone the use of our platform for the purposes encouraging/endorsing hate speech, violation of human rights and/or utterances of a defamatory nature. If the content contained herein violates any of your rights, including those of copyright, and/or violates any the above mentioned factors, you are requested to immediately notify us using via the following email address operanews-external(at)opera.com and/or report the article using the available reporting functionality built into our Platform

This Lady Ran Mad After Being Dropped By A Black Car, See What People Are Saying About Her 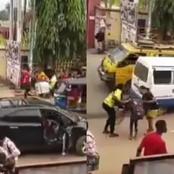 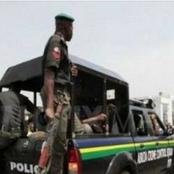 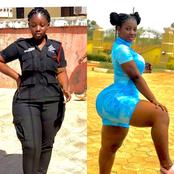 Housewife Arrested For Beating And Burning Private Part Of Her Step Daughter. 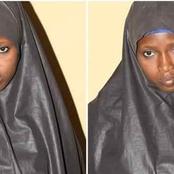 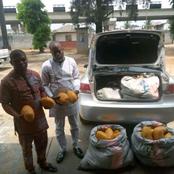 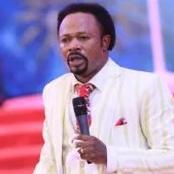 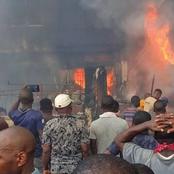 Latest Headlines For Today: 39-Year-Old To Die By Hanging, 13 Arrested In Lagos By EFCC 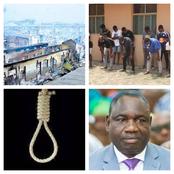 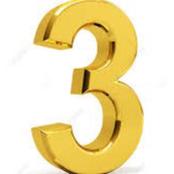 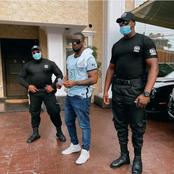