By Naijavoicenews (self media writer) | 1 year ago

Consequent upon pressures from Nigeria Union of Journalists (NUJ) and various groups across the country; the Nigeria Police Force, on Monday, arraigned a 72-year old Journalist, Pa. Oga Tom Uhia in Court.

Pa. Uhia, Publisher of Power Steering Magazine, has spent 30 days in secret detention, on the order of the Minister of State for Power, Jeddy Agba, over an "injurious" publication against him in July 2020. 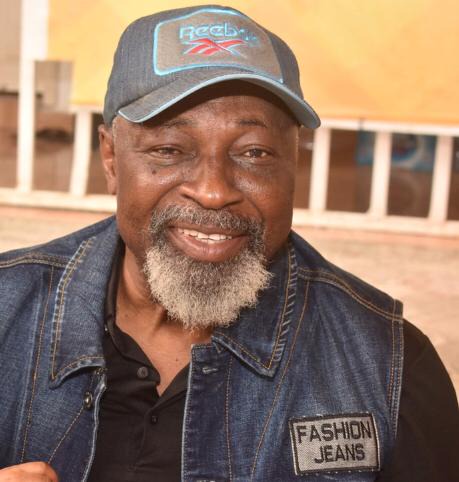 The Police filed a 15-count charge bothering on defamation and injurious falsehood before an FCT High Court, in the Gudu District, Abuja.

Counsel to Pa. Uhia, Barrister Alex Oketa, had filed a fundamental human rights enforcement suit against Mr. Agba, the Deputy Inspector General of Police, Anthony Ogbizi, who is said to be the uncle of the Honourable Minister, and others, before Justice Peter Affen at an FCT High Court, Maitama.

The proceeding was, however, stalled last week, due to absence of the Judge, hence, a new date of 10th November, 2020.

During the arraignment of Pa. Uhia in Gudu on Monday, his lead Counsel, Chief Paul Harris Ogbole (SAN), argued for his bail.

The bail application, was however, objected to, through oral application by the prosecuting Counsel, Barrister Danjuma O.

Ogbole argued that, the grounds being canvassed by the prosecuting Counsel are bailable. He also faulted the inability of the Prosecutors to file an objection to the bail application, 9 days after it was filed.

The learned Sage pleaded the Judge to grant Pa. Uhia bail also, on his health condition and for sake of justice.

In his ruling, Justice A.B. Mohammed granted Pa. Uhia bail to the tune of two million naira (N2m) and a level 15 officer with the federal civil or public service, as surety.

Justice Mohammed said, "the Prosecuting Counsel has not shown enough reason why the Defendant should not be granted bail", stressing that, it was a bailable offence.

The matter was adjourned till 10th December, 2020 for hearing.

As at the time of filing this report, lawyers to Pa. Uhia were seen in court premises, trying to perfect the bail conditions, so that he could be released from the Force CID detention, Garki, Abuja, immediately.

Meanwhile, the enforcement of human rights suit filed against the Minister and the Police comes up Tuesday.

In the suit, Pa. Uhia is demanding the total of N110m for severally abusing his rights by keeping him for one month in secret detention, without trial, even after meeting bail conditions with the Police.