By CorrectNewsNaija (self media writer) | 2 years ago 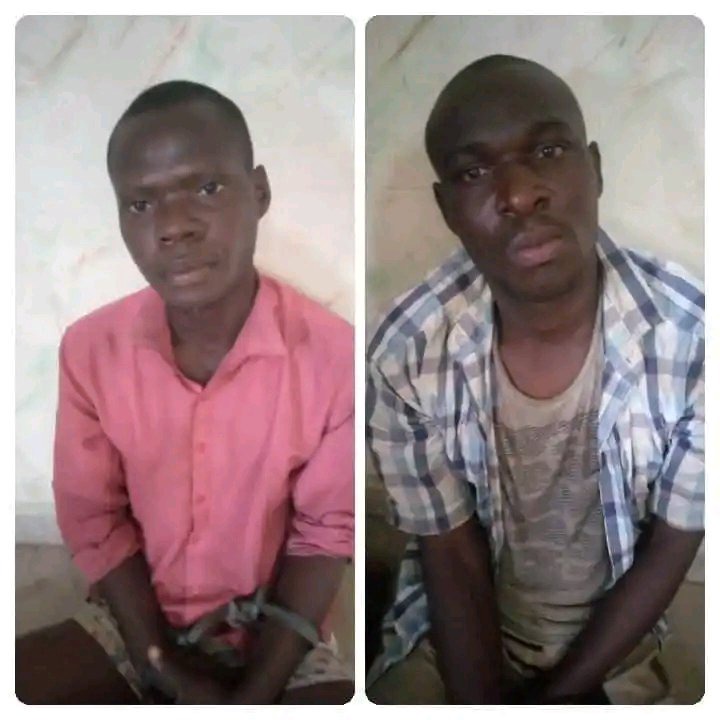 Two Able bodies men believed to be Kidnappers were earlier on Saturday morning apprehended by local Hunters and vigilante group in One,Kogi state while on a mission to cause havoc

Luck ran out of them when an alarm was raised by one of the residents in the area over the movement of two strange faces forcing local Hunters and vigilante members to Chase and arrest them.The hunters who are from Adavi,a village in Okene Local Government Area of Kogi State were said to have moved along with the State Security Adviser in charge of Okehi Local Government Area , Honourable Abduraheem Ohiare and Honourable Joseph Omuya who also serve as special Assistant on security matters in the state.

As the security team and the vigilante group saw the criminals,fire was opened and both camp exchanged fire,three Kidnappers were reportedly killed while two surroundered.

Two guns were recovered from them including knives ,charms and dagers.

They have since been handed over to the police for investigations and prosecution.

Content created and supplied by: CorrectNewsNaija (via Opera News )