By Olokhifa (self media writer) | 2 years ago A young man named Obiora wrote on his Twitter handle how him and his colleague were extorted by the Nigerian police on their way back from the nation wide passing out parade. 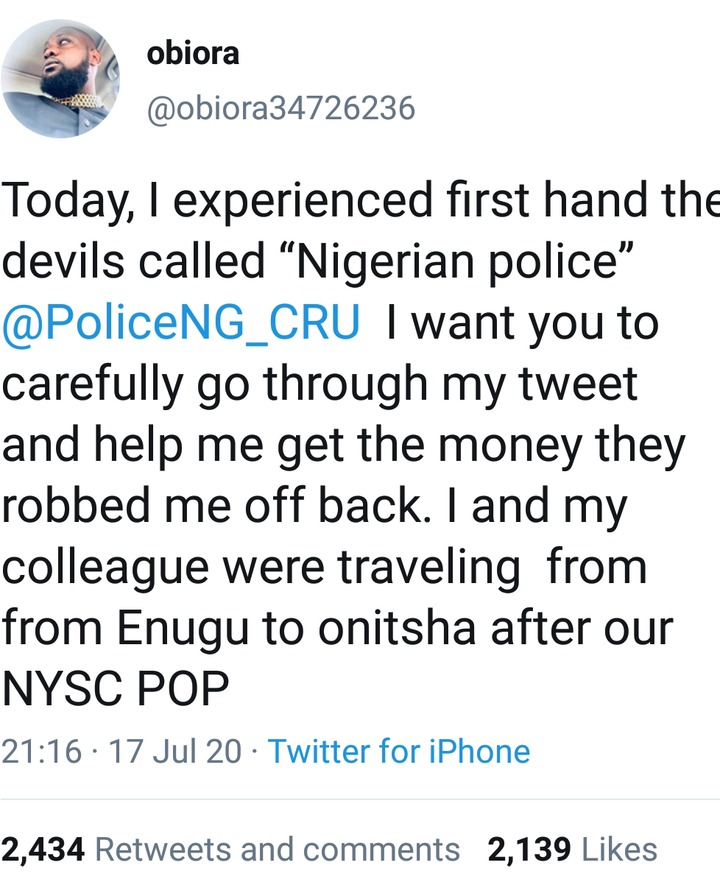 According to him, they were on their way back from Enugu State where they served when they met this ordeal.

The policeman (name withheld) stopped his friend who was driving ahead of him at a junction named four corner in Enugu State.He asked Obiora to pass but because they were together he had to stop. The policeman threatened to shoot at them if they try anything silly.

He therefore asked for the particulars of the vehicle and driver's license which they provided . The dissatisfied policeman went ahead to accuse them of being an internet fraudsters and told them how he has been dealing with similar cases on that road.He demanded for N300,000 for their release hence they remain there.

Obiora denied the accusations and explained told him what he does for a living and that of his colleague who he's said to be a betking Agent.

After a long talk they were able to come up with N50,000 using a near POS point to make the withdrwal to avoid being delayed.

Obiora later wrote that the N50,000 naira was the last money he has in his account.

Here are some pictures of Obiora's tweets. 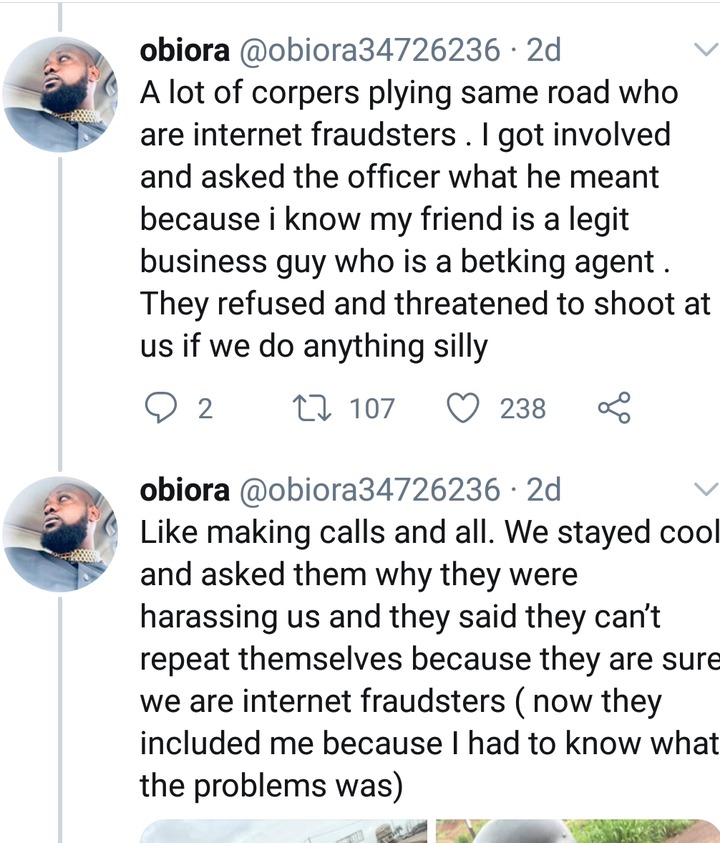 Content created and supplied by: Olokhifa (via Opera News )