Minister Accused Of Rape In France

By Toyenews (self media writer) | 1 year ago

The appointment to the ministry of the interior of a man under investigation for rape and sexual harassment reveals a certain tolerance for violence against women along the fringes of French politics. It also raises broader questions about the normalization of sexist remarks and actions in our society.

On 6 July 2020, as part of a ministerial reshuffle, Prime Minister Jean Castex chose as interior minister Gérald Darmanin, a man being investigated for several charges, including rape.

In 2015, a woman from the city of Tourcoing, where Darmanin was mayor, accused him of “abuse of weakness” for forcing her to have sexual relations in exchange for housing and a job. The inquiry was dismissed in 2018, but it may be taken up again after the association Pourvoir féministe [Feminist provider] filed a court motion on 21 July 2020. In the interim, a second woman accused him of rape, sexual harassment, and fraudulent breach of trust. She lost her case on all three counts. But in June 2020, the Paris Court of Appeal ordered investigations to resume. 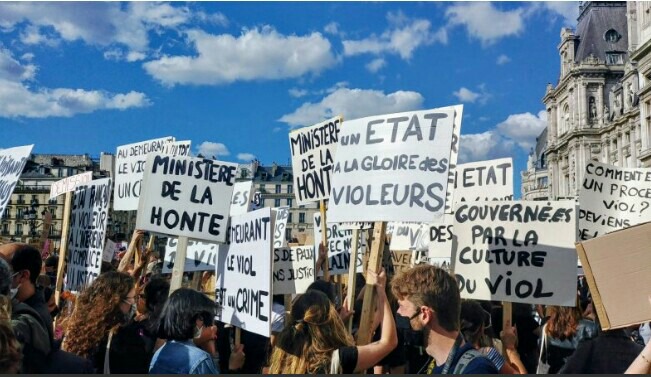 The appointment of Darmanin launched multiple feminist protests denouncing a “reshuffle of shame.” The local feminist group, Nous Toutes 35 [All of us 35], complained, “With an alleged rapist as head of police, they’re telling us that a woman’s life is less important than a man’s ability to climb the political ladder.”

The appointment of another minister, a notorious anti feminist attorney, also poses problems. He is Eric Dupond-Moretti, named head of the Justice Department. A critic of the #MeToo movement, Dupond-Moretti had lashed out in particular at new measures against street harassment on the grounds that some women “were sad no one whistled at them anymore.”

Content created and supplied by: Toyenews (via Opera News )